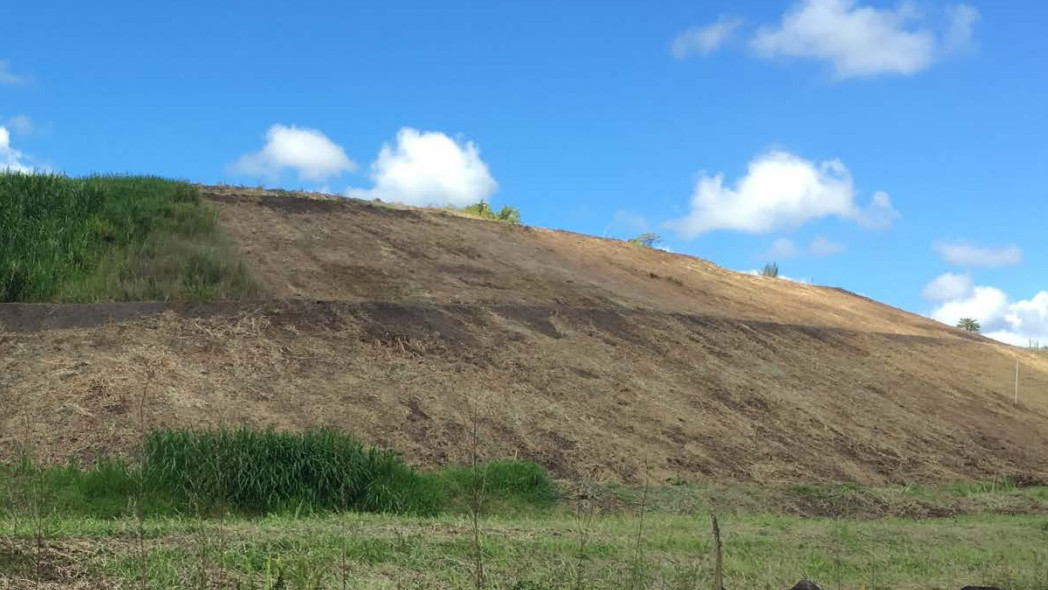 HILO, Hawaii - The environmental organization wants the draft document ​amended​ ​to​ ​include​ ​the​ ​option​ ​to​ ​capture​ ​and​ ​reuse​ ​methane​ ​gas.

(BIVN) – The Sierra Club of Hawaii is asking the County of Hawaii to withdraw and amend the Draft​ ​Environmental​ ​Assessment​ ​​for​ ​the​ ​South​ ​Hilo​ ​Sanitary​ ​Landfill​.

In a November 22, 2017 letter to county officials and consultants Wilson Okamoto Corporation, Sierra Club director Marti Townsend wrote that the project needs to consider ​the​ ​option​ ​to​ ​”capture​ ​and​ ​reuse​ ​methane​ ​gas.”

According to the draft EA, the final closure of the South​ ​Hilo​ ​Sanitary​ ​Landfill will involve “placing a final cover system on the top and side slopes of the landfill, installing a new passive landfill gas venting system, and constructing a new storm water detention and infiltration basin.”

According to the Draft EA document:

As organic materials in the landfill decompose, landfill gas — a composition of approximately 50 percent methane (CH4) and 50 percent carbon dioxide (CO2) and trace amounts of nonmethane organic compounds — is released. A passive landfill gas venting system will be installed within the landfill footprint to allow the passive release of the landfill gas once the landfill is covered. Without the vents, the methane gas could build up reaching potentially explosive levels.

The County says there are already six gas probes sited adjacent to the landfill, and all six will “continue to be used to monitor concentrations of methane and other landfill gas on a quarterly basis to ensure levels do not exceed permitted limits. Once the landfill is closed, the existing monitoring probes will remain in place, and the County will continue to maintain them after closure.”

The Sierra Club has another idea, detailed in their Nov. 22 letter:

On behalf of our 20,000 members and supporters, the​ ​Sierra​ ​Club​ ​of​ ​Hawaiʻi​ ​recommends​ ​that​ the Draft​ ​Environmental​ ​Assessment​ ​(DEA)​ ​for​ ​the​ ​South​ ​Hilo​ ​Sanitary​ ​Landfill​ ​(SHSL)​ ​be​ ​withdrawn and​ ​amended​ ​to​ ​include​ ​the​ ​option​ ​to​ ​capture​ ​and​ ​reuse​ ​methane​ ​gas​ ​via assistance programs available from the Environmental Protection Agency (EPA) and its Landfill Methane Outreach Program (LMOP). The proposed action does not at all address the potential for gas recovery as a viable option to decrease greenhouse gas (GHG) emissions as well as convert captured gas into useable energy.

Global climate change is the most pressing environmental issue of our time. Hawaiʻi will experience some of the most devastating impacts (e.g., sea level rise, increased hurricane frequency), therefore it is our responsibility to explore all options for mitigation as early as possible. This is especially true of projects that can be implemented right here in Hawaiʻi. Methane gas, which accounts for 50% of the gas release from the SHSL, is a major contributor to the concentration of GHG in the atmosphere that contribute to and accelerate climate change. In fact, methane released from, for example, landfills, swamps, and cattle, retains heat in the atmosphere at a rate of 25 times that of carbon dioxide. It is imperative that we assess the feasibility of and implement projects that actively limit methane gas output into the atmosphere. The SHSL DEA only provides vague statements regarding methane production and monitoring at the SHSL. Section 3.1 states “From a cumulative perspective, GHG emissions from construction and (Municipal Solid Waste) MSW transport activities will have insignificant effects on climate.”. This statement can be used in numerous cases around the globe, but the bottom line is, all GHG emissions are cumulative and, in this case, a​ ​passive​ ​landfill​ ​gas​ ​venting​ ​system​ ​is​ ​an​ ​insufficient​ ​and unsustainable​ in mitigating gas release into the atmosphere.

In light of Hawaiʻi’s goal toward 100% renewable energy by 2045, it is irresponsible that efforts to capture gas and transform it into useable energy are not being explored and that methane output is being treated as a inevitable byproduct. The technology and resources exist, but are not being addressed, let alone utilized. It is worth noting that neglecting the option of methane capture could result in steep fines. For example, Honolulu paid out $17 million for failing to adhere to a deadline to install and operate the gas collection and control system at Kapaʻa Landfill in Kailua.

We​ ​recommend​ ​that​ ​the​ ​County​ ​of​ ​Hawaiʻi​ ​begin​ ​negotiations​ ​with​ ​the​ ​EPA​ ​as​ ​soon​ ​as​ ​possible​ to receive technical support and possible assistance in gas capture, transformation, and usage. The LMOP has already identified SHSL as a good candidate for methane recovery, which was featured at a national conference last summer. Considering that joining the LMOP would cost the County of Hawaiʻi nothing, it is worth explore options for recovery, which could result in positive mitigation efforts such as a renewable energy source for County vehicles. Beneficial use of landfill gas could be a source of revenue or provide energy to, for example, the Hilo Wastewater Treatment Plant (WWTP). It could be cleaned up, compressed, and used in County waste hauling trucks as a fuel source, especially considering the County intends to haul MSW from SHSL to West Hawaiʻi.

Thank you for the opportunity to provide our comments on this matter.

Meanwhile, the Environmental Management Commission meets on November 28 in Kona at the West Hawaii Civic Center. The topic of the South Hilo Landfill is not specifically listed on the agenda.