HILO, Hawaii - A High Surf Warning is in effect for north and east facing shores of Hawaii Island, and the Hilo shoreline is getting hammered. 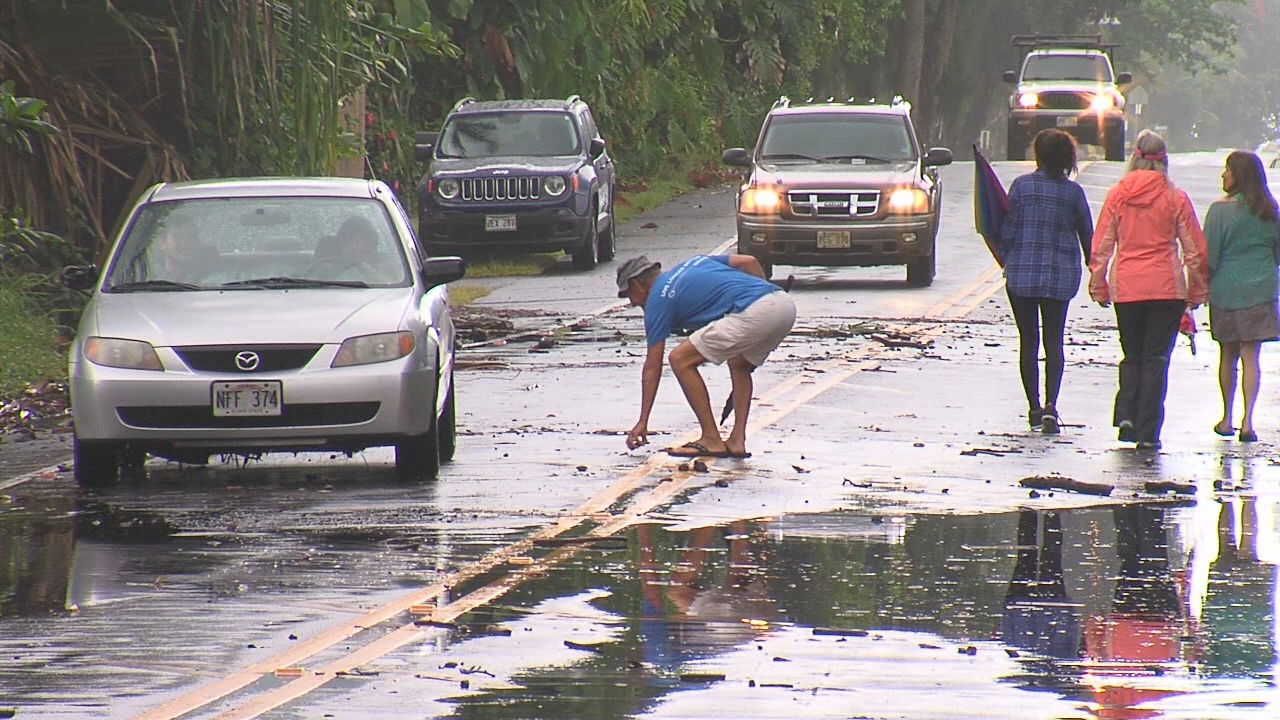 (BIVN) – Monster surf greeted Hilo residents on Thanksgiving Day, as a High Surf Warning was in effect for north and east facing shores of Hawaii Island.

A strong low pressure system over the northeast Pacific Ocean has generated the large north swell, which the National Weather Service expects to peak today, then slowly decline through Friday.

Surf along north facing shores could be as high as 25 to 30 feet, forecasters say, with occasional sets to 35 feet on outer reefs. Waves will be 10 to 15 feet along east-facing shores.

The high surf is already impacting Keaukaha, where all county beach parks, including Coconut Island, are closed.

Kalanianaole Street in Keaukaha was closed this morning due to debris on the roadway bewteen Kolea and ‘Oe’oe Street. Motorists in the affected area were advised to use Nene Street as an alternate route, and avoid the area if possible.

Residents visited the flooded parking lot of Onekahakaha Beach Park to see the big waves before noon on Thursday.

Bayfront Highway in Hilo was also closed between Pauahi Street and Waianuenue Avenue due to the high surf. Kamehameha Avenue is available as an alternate route.