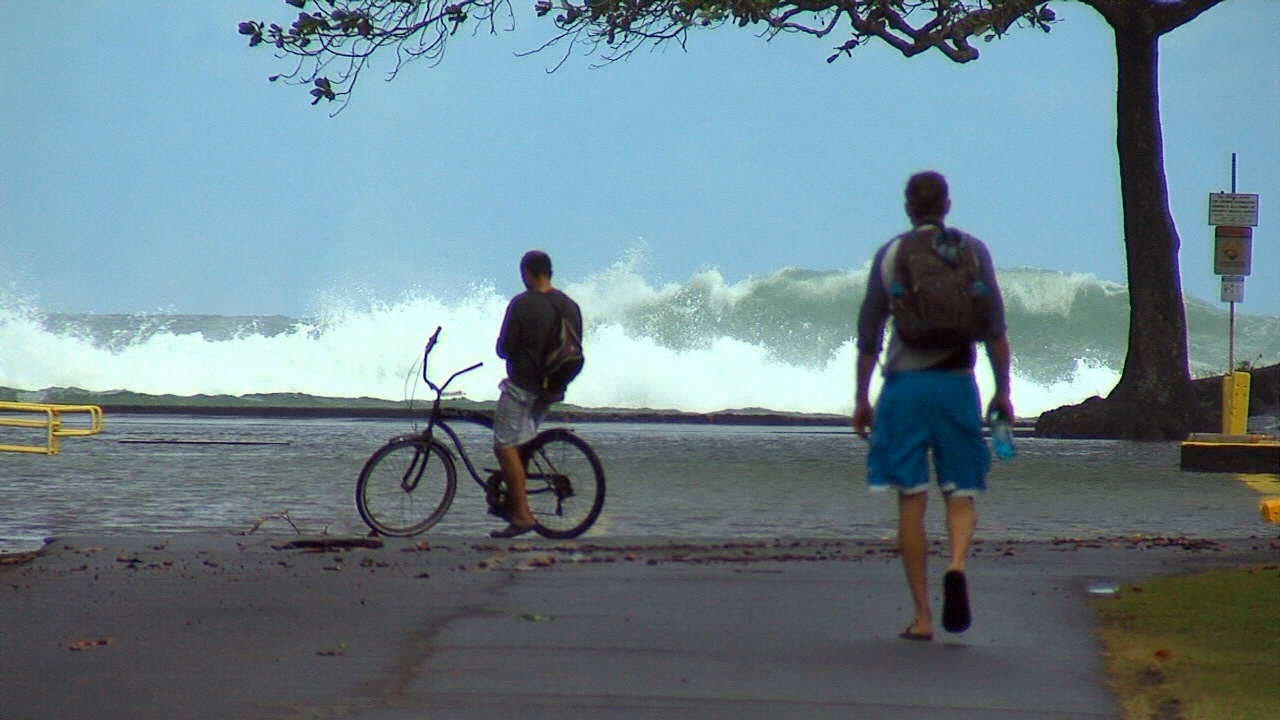 image from video by David Corrigan recorded on Nov. 23 at Onekahakaha

(UPDATE) – The National Weather Service has downgraded the High Surf Warning for Hawai‘i Island to a High Surf Advisory.

Hawai‘i County Civil Defense says Bayfront Highway and Kalanianaole Ave. are open in both directions at this time.

Hilo Bayfront, Reeds Bay, Kuhio, and Kealoha County Beaches are open at this time. All other County Beaches in Keaukaha remain closed due to debris, flooding, and maintenance crews conducting clean-up.

The National Weather Service in Honolulu said this morning:

Forecasters say surf is 20 to 25 feet along north facing shores, and 10 to 15 feet along east facing shores. An elevated north swell combined with strong trade winds are producing rough and varied surf along exposed shorelines on Hawaii Island.

The high surf closed all Keaukaha-area beach parks on Thanksgiving Day and the parks have been closed since.

A Wind Advisory remains in effect this morning for the Kohala region of Hawaii Island, as well. Northeast winds of 25 to 35 mph with localized gusts up to 50 mph are possible.