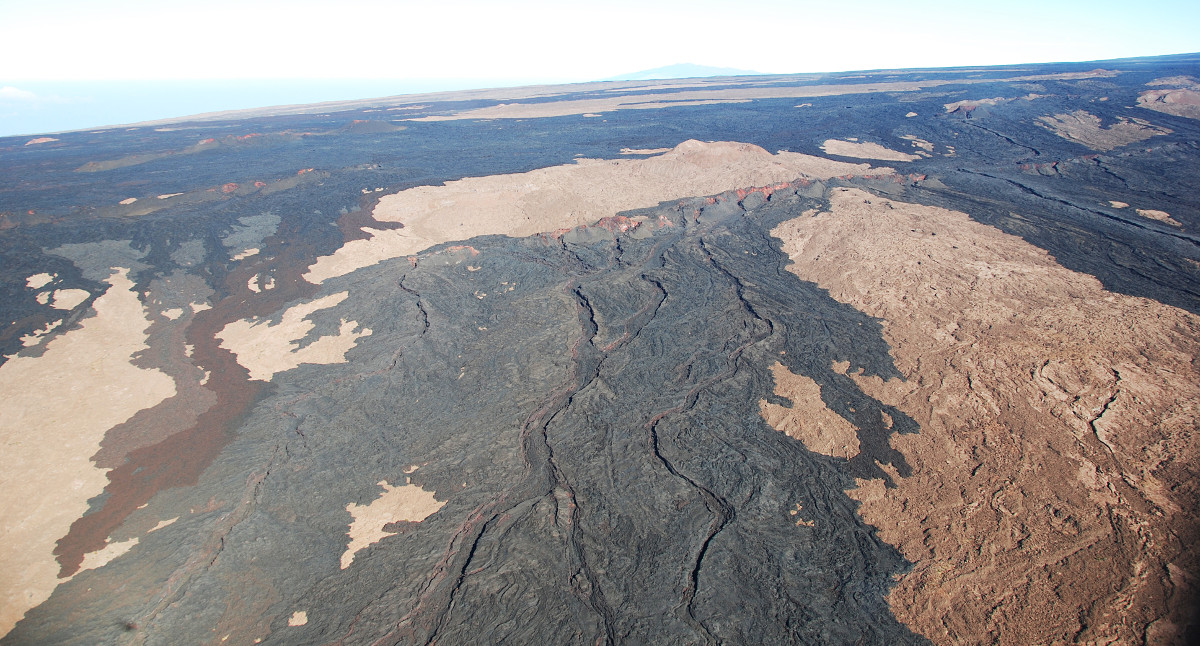 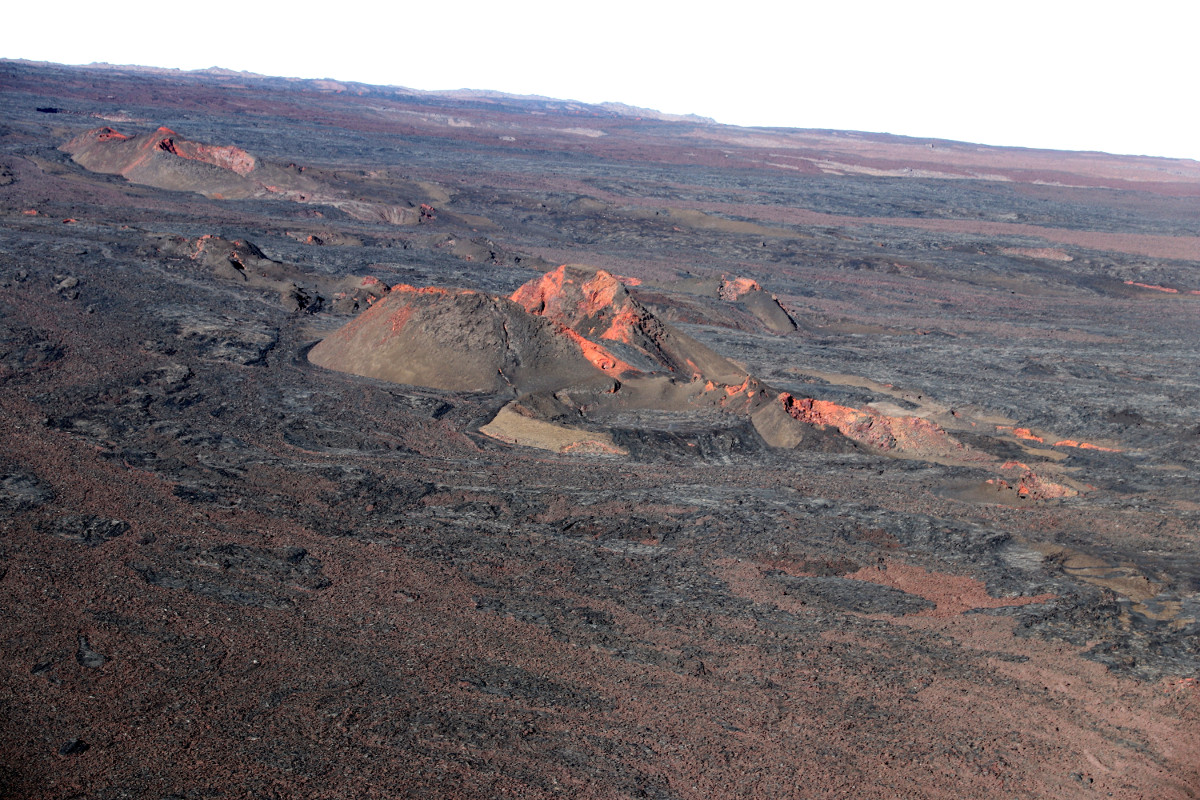 (USGS) This aerial view, looking to the northwest, shows Pu‘u Pohaku‘ohanalei on Mauna Loa. This cone is near the 1984 fissure on the volcano’s Northeast Rift Zone.

em>TOP PHOTO: The black unit in the foreground is the 1903 fissure vents and flows from the Southwest Rift Zone of Mauna Loa. Moving clockwise around the photo, the adjacent set of hills are the 1926 spatter ramparts. Above the 1926 ramparts, the dark colored hills (red interior) are vents for the 1919 ‘Ālika flow. In the middle of the image, the dark flows and those far afield are all from the 1950 eruption of Mauna Loa. The mountain barely visible in the far background is Hualālai.

(BIVN) – Mauna Loa Volcano is not erupting, and scientists with the USGS Hawaiian Volcano Observatory say rates of deformation and seismicity persist above long-term background levels.

On November 15, scientists took to the skies above the world’s largest volcano and returned with several new photos of Mauna Loa’s summit caldera. 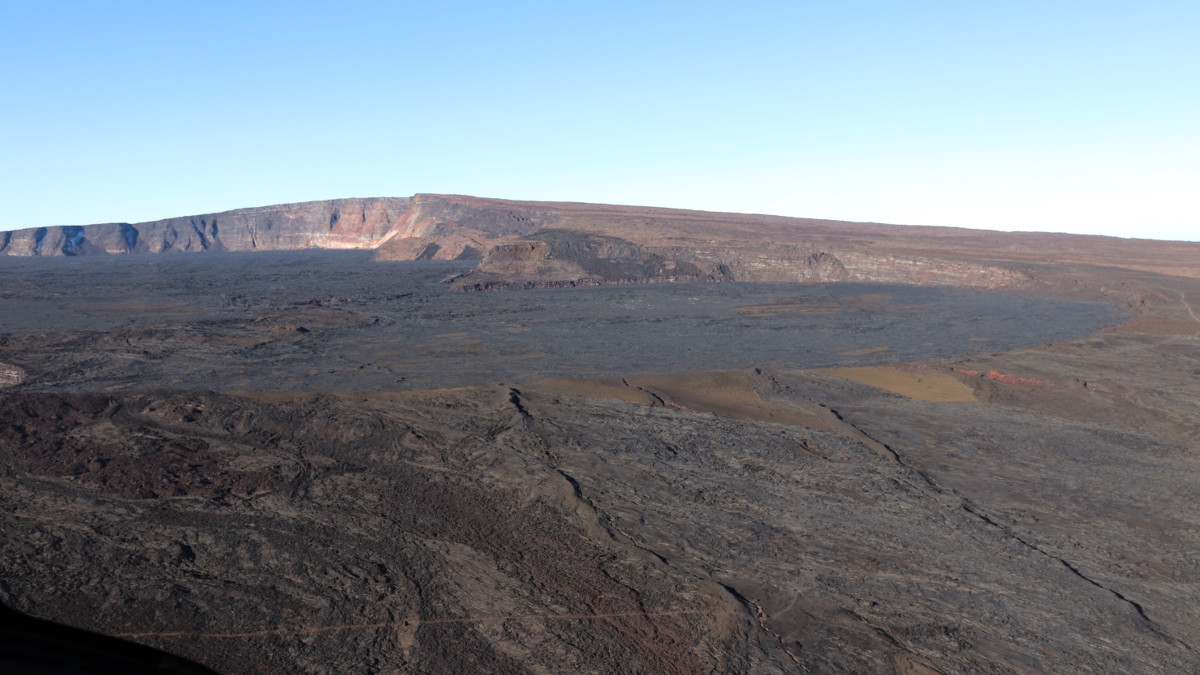 (USGS) View of Moku‘āweoweo’s North Pit, looking to the west-southwest. The summit of Mauna Loa is the peak visible in the background, slightly left of center. The two linear features in the foreground are ramparts from previous fissure eruptions.

According to a November 22 update on Mauna Loa by USGS HVO scientists:

Small-magnitude earthquakes continue to occur beneath the volcano. This week, relative to recent weeks, shallow seismicity beneath the summit caldera and upper Southwest Rift Zone, at depths less than 5km (3miles), was slightly diminished. Additional deeper seismicity (5-13 km or 3-8 miles) was scattered beneath the southeast and west flanks of the volcano. Global Positioning System (GPS) measurements continue to show deformation related to inflation of a magma reservoir beneath the summit and upper Southwest Rift Zone. No significant changes in volcanic gas emissions, sulfur dioxide or carbon dioxide were measured. 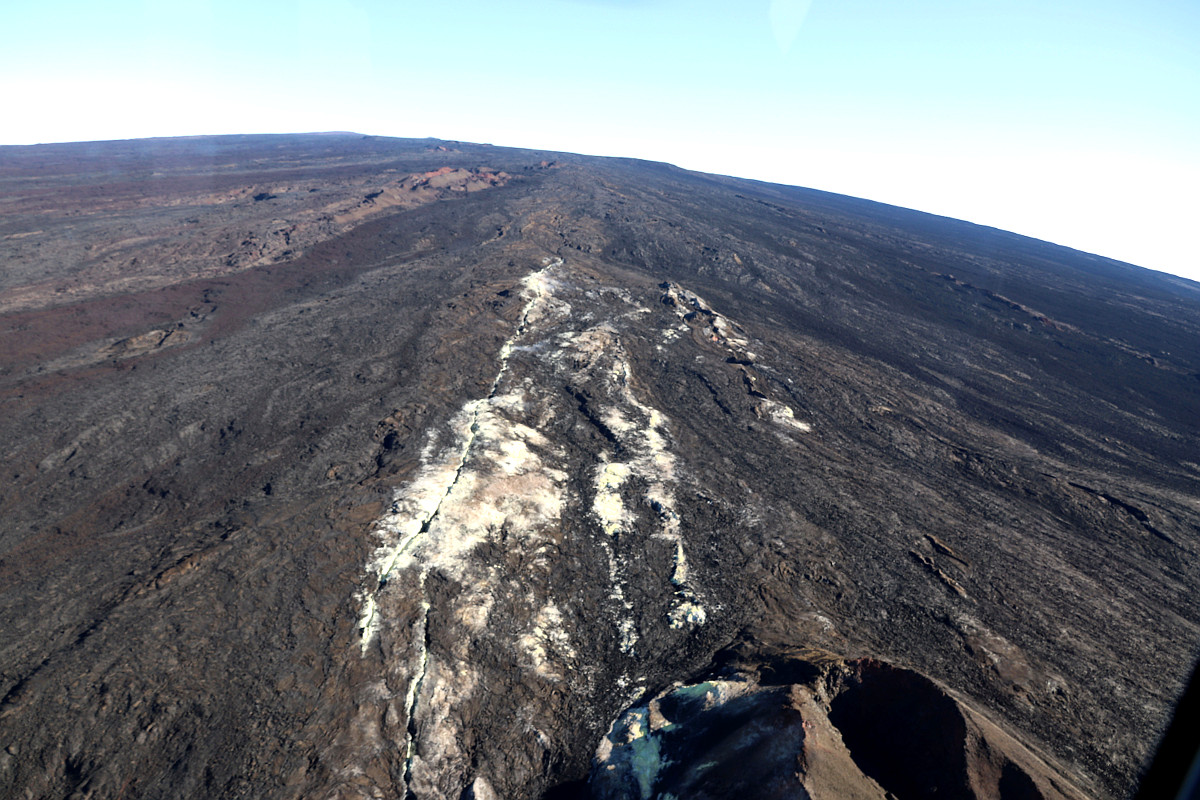 (USGS) This aerial view looking upslope on Mauna Loa shows the expanse of the volcano’s upper Southwest Rift Zone. The white and yellow altered ground surface is part of the Sulphur Cone area. 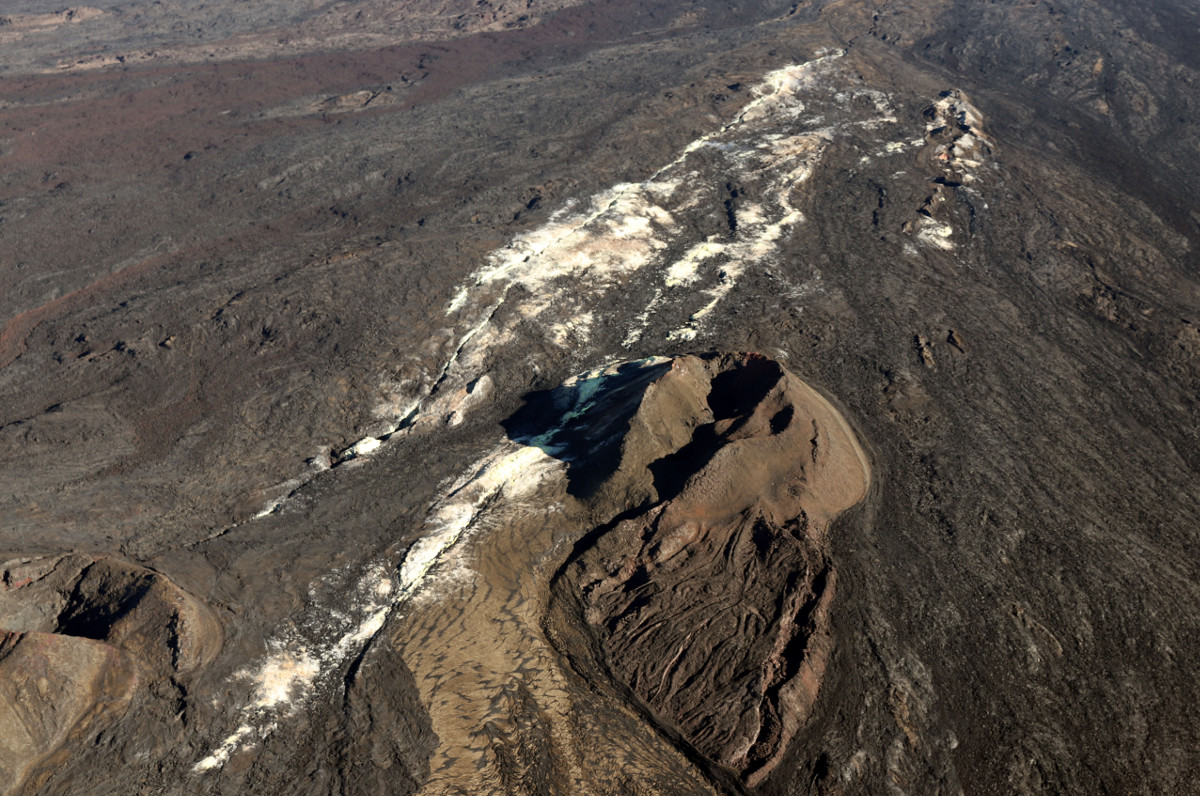 (USGS) A more vertical view of the whole Sulphur Cone area, including a sulphur flow out of one of the cones (yellow bottom of image). The white in the middle of the image is caused by alteration of the rock by volcanic gas.