HILO, Hawaii - A male and female party were seen having difficulty while swimming in a pond above Rainbow Falls, before they disappeared. The female was found downstream on Saturday. 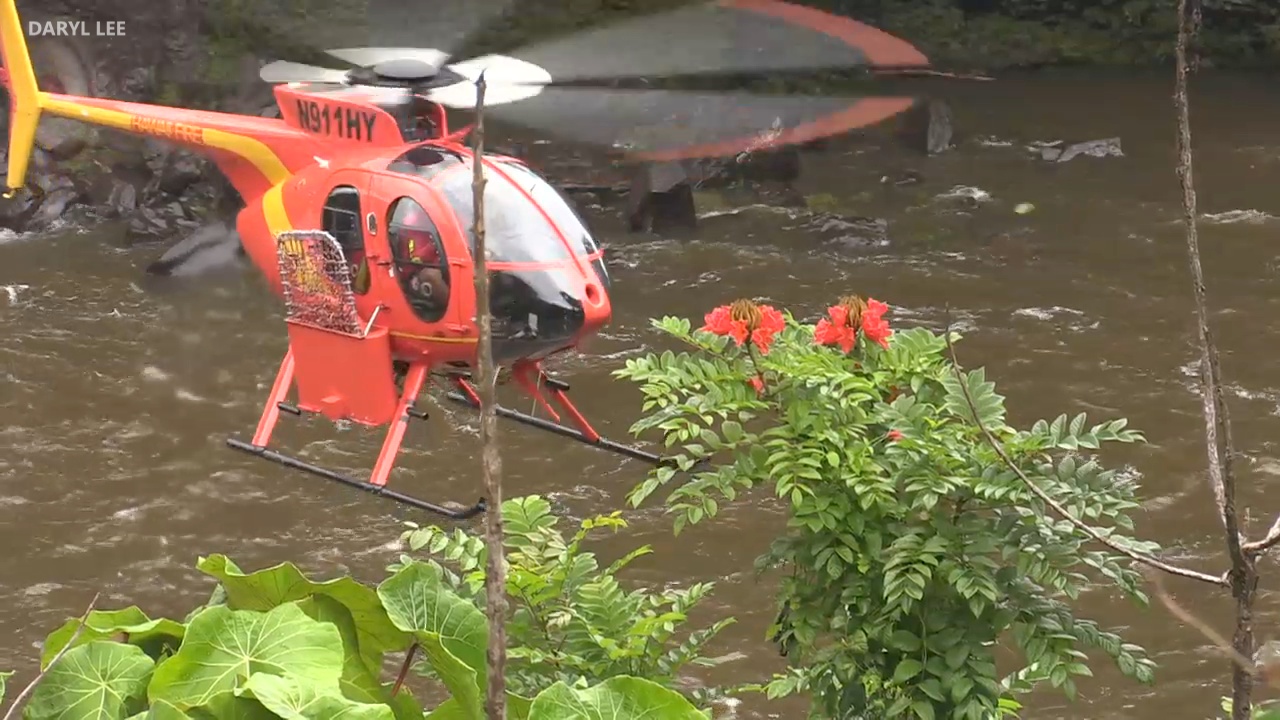 (BIVN) – An intense search of the Wailuku River below Rainbow Falls entered its second day on Sunday.

An aerial, ground and dive search was performed this weekend following a report that two people went missing in the pond just above the landmark Hilo waterfall at 12:40 p.m. on Saturday.

Witnesses reported that there was a male and female party having difficulty swimming in the Wailuku River pond. The two were seen going under, and not seen again, a fire department dispatch stated.

The female was later found unconscious in the water below Rainbow Falls. She was extricated via Chopper 1 using the Billy Pugh net and taken to an awaiting medic unit. The medic unit transported her to Hilo Medical Center, performing CPR en route.

The search continued for the missing male in the areas downstream from the pond. The search was suspended at nightfall and resumed on Sunday.