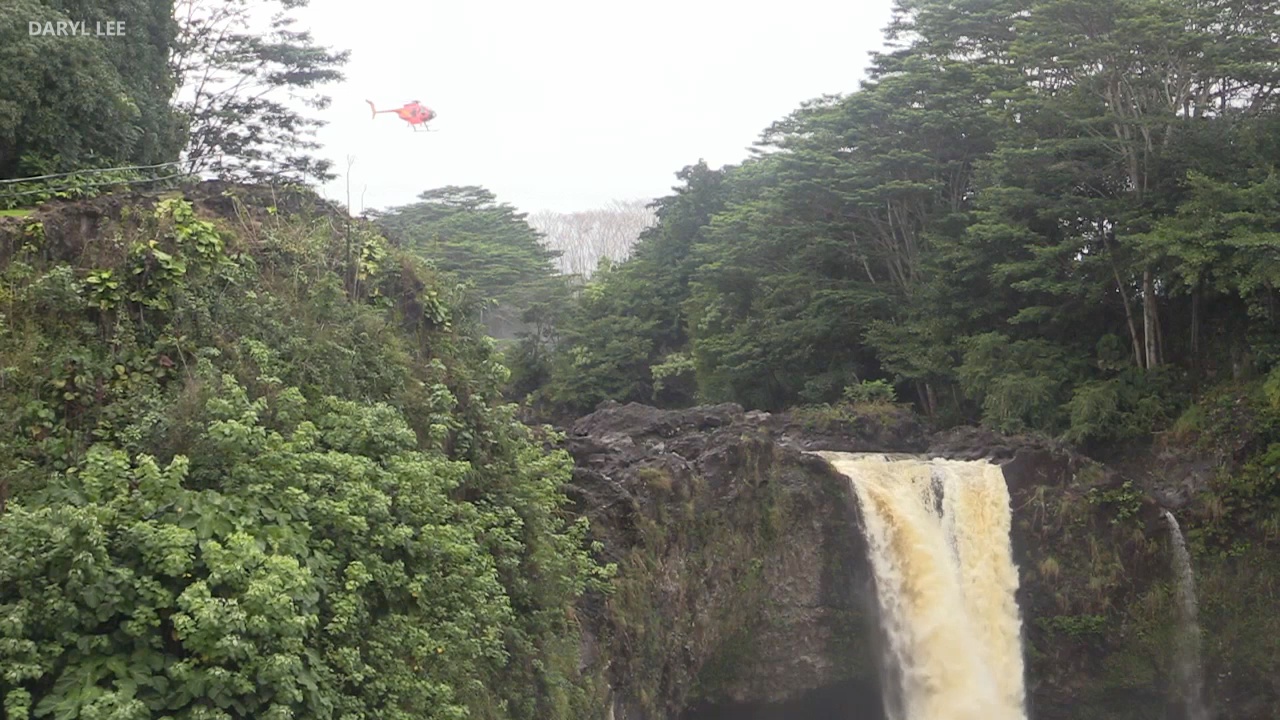 HILO, Hawaii - Hawai`i Island Police are investigating the possible drowning of a 62-year-old woman and searching for a 61-year-old man after they were swept down the Wailuku River on Saturday.

(BIVN) – Hawai`i Island Police have identified the woman found in a pool below Rainbow Falls on Saturday. She is 62-year-old Gladys Novinger of Spring Valley, California.

Police are investigating the possible drowning of a Novinger and are searching for a 61-year-old man who was with her when they were swept down the Wailuku River on Saturday, Nov. 25.

At 12:39 p.m. that day, police and fire personnel responded to the Rainbow Falls State Park for a report of a couple who fell into the water while crossing the river above the falls.

Rescue crews found and extricated Novinger by helicopter that same day. She was then taken by ambulance to the Hilo Medical Center where she later died at 4:25 p.m.

The missing man has not yet been located, police say, and search efforts were suspended due to dangerous conditions. His identity is being withheld pending notification of his next-of-kin, police say.

Detectives with the Criminal Investigation Section are continuing the investigation into the woman’s death as an unattended death. An autopsy was conducted this morning, (November 27), but the exact cause of her death is being deferred pending toxicology results. Anyone who may have witnessed the incident or have any other information about it is asked to call the Police Department’s non-emergency line at (808) 935-3311 or Detective Dean Uyetake of the Area I Criminal Investigation Section at (808) 961-2379 or Dean.Uyetake@hawaiicounty.gov. 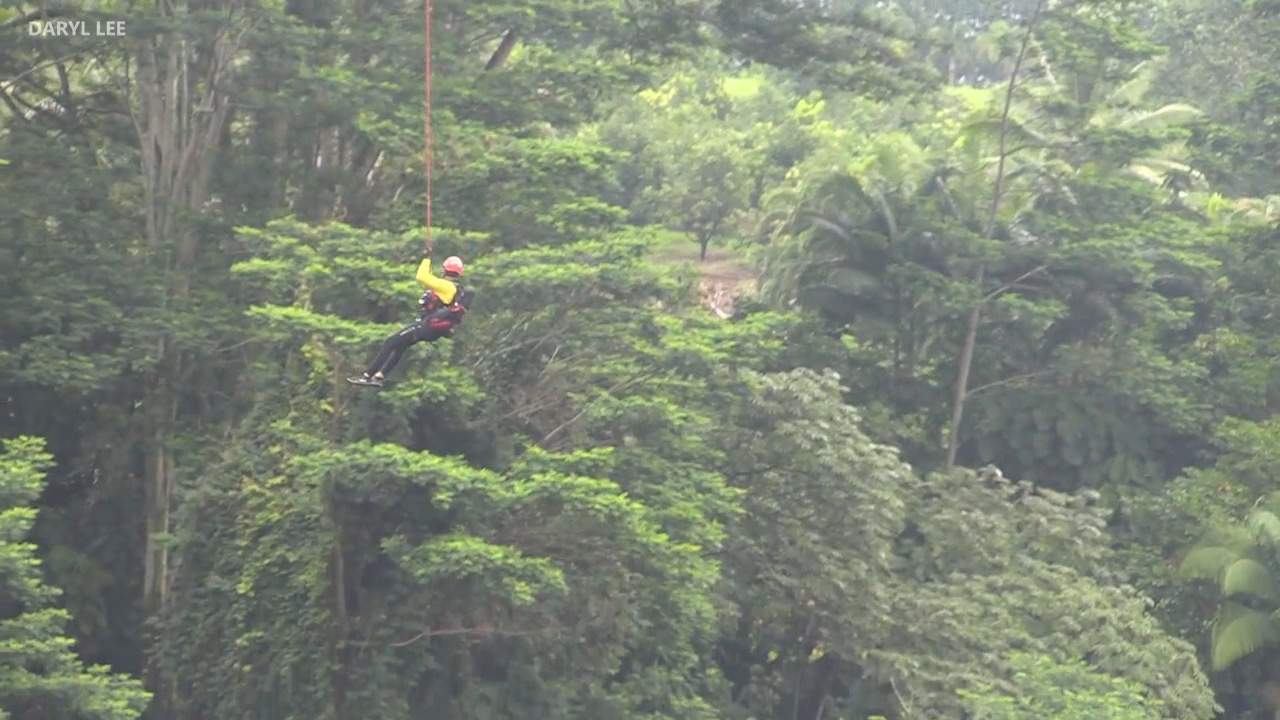