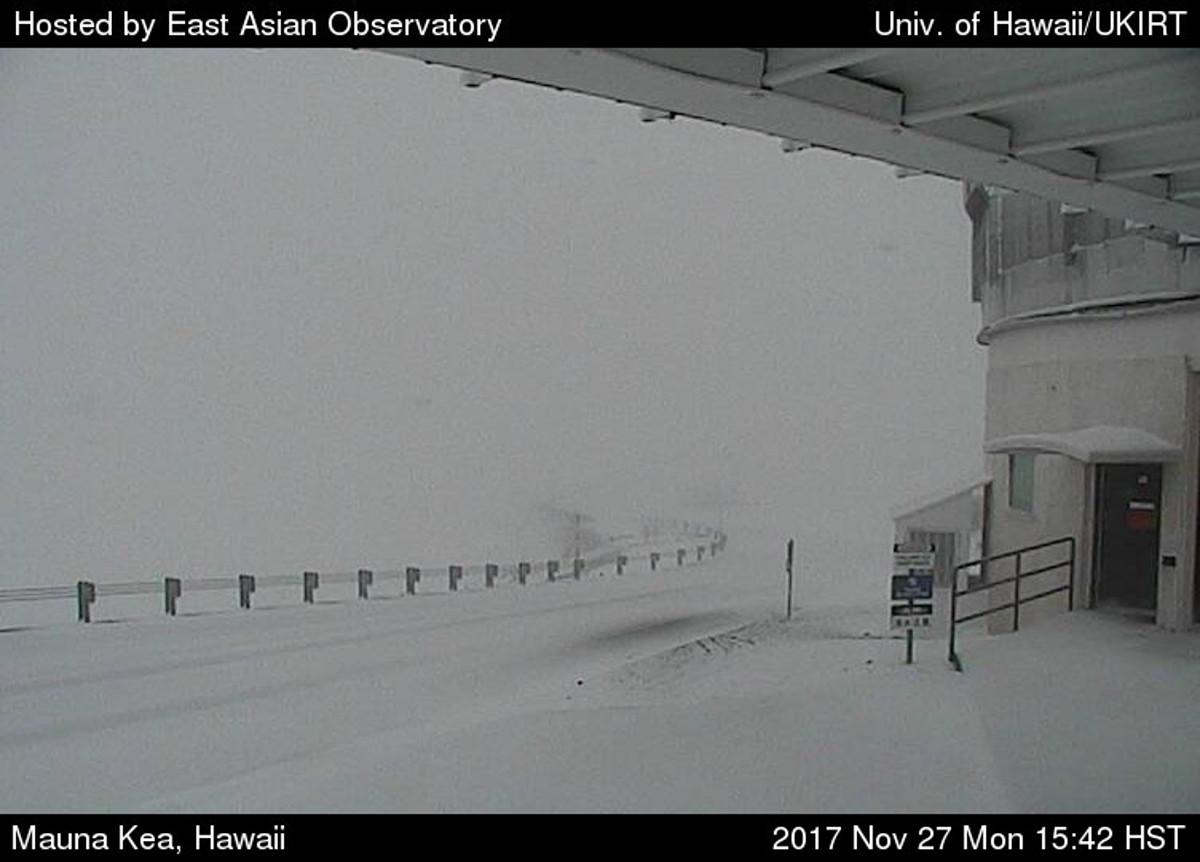 MAUNA KEA, Hawaii - Total accumulations of 4 to 8 inches is expected through Tuesday. The National Weather Service says rain may also mix with the snow in between bursts of heavier snow showers. 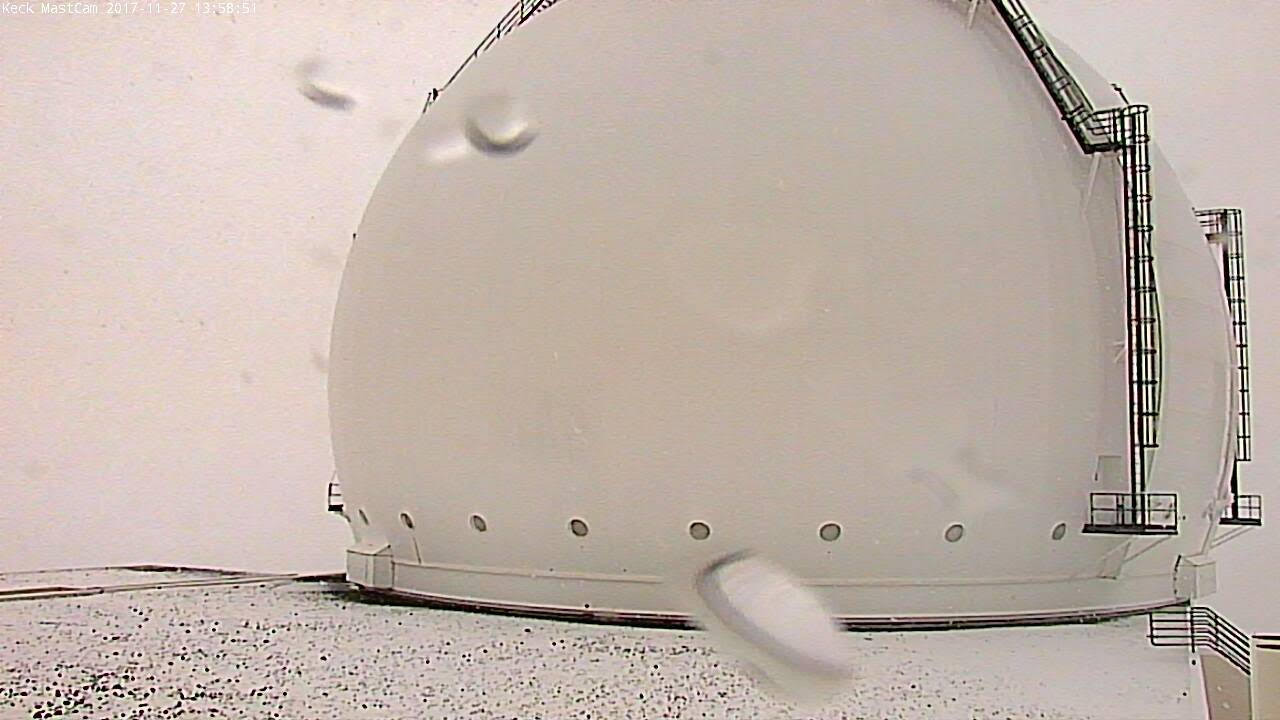 (BIVN) – Snow is falling on the summit of Hawaii’s Mauna Kea.

A Winter Weather Warning is now in effect for Big Island summits, as heavy snow is now occurring. The National Weather Service in Honolulu says total accumulations of 4 to 8 inches is expected through Tuesday. Rain may also mix with the snow in between bursts of heavier snow showers, forecasters say.

The road to the summit of Mauna Kea is closed at the Visitor Information Station at the 9,200 foot elevation, rangers say, “due to hail and snowfall accumulating on the roadways causing unsafe road conditions.”

Its hard to see if there is any snow on the summit of Mauna Loa using the USGS webcams.

The warning is in effect until 6 p.m. Tuesday and may need to be extended, forecasters say. Below the summit areas on Hawaii Island, a Flash Flood Watch is also in effect. 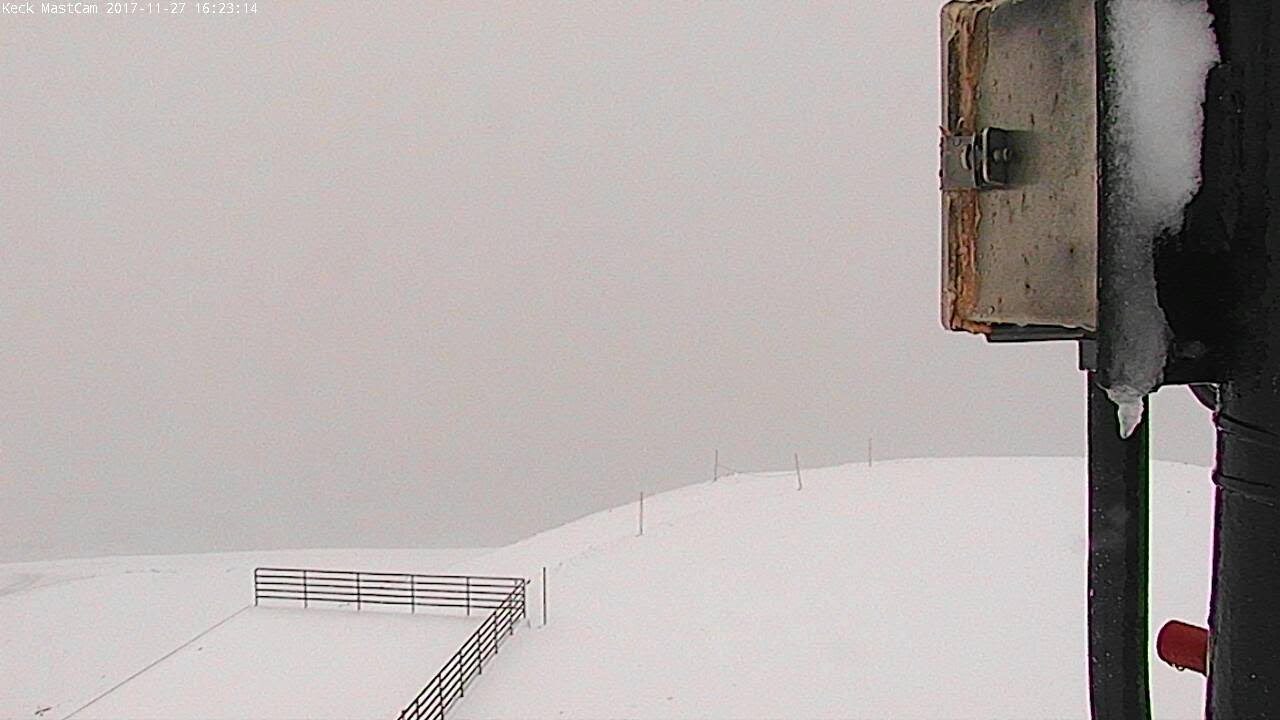