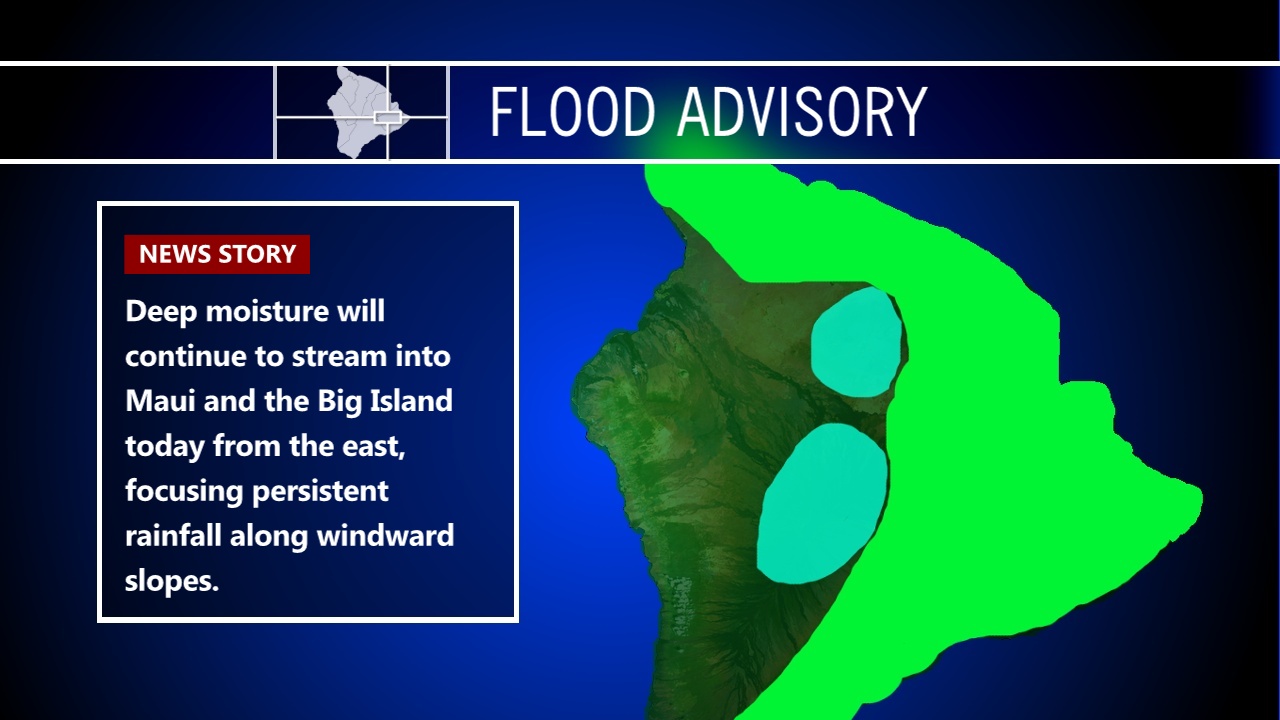 HAWAII ISLAND - Deep moisture will continue to stream into Maui and the Big Island today from the east, focusing persistent rainfall along windward slopes.

(BIVN) – Another day of soaking rains is on tap for Hawaii Island.

A Flood Advisory was posted Thursday morning for much of Hawaii County until 10 a.m. HST.

At 6:45 AM HST, radar indicated heavy rain across the windward and southeastern coasts. Rain was falling at a rate of 1 to 2 inches per hour. Locations in the advisory include but are not limited to… Hilo, Naalehu, Paauilo, Waipio Valley, Orchidlands Estates, Kukuihaele, Hawi, Pepeekeo, Keaau, Kamuela, Honokaa and Ookala.

A Flash Flood Watch remains in effect for the entire island, as deep moisture continues to stream into Maui and the Big Island from the east, focusing persistent rainfall along windward slopes. “These areas have already received significant rainfall over the past couple days and grounds are saturated,” forecasters said.

Also, the Winter Weather Advisory remains in effect for Big Island Summits above 12,500 feet until 6 p.m., with periods of snow expected with total accumulations of 2 to 4 inches. The snow may mix with or change over to rain at times.