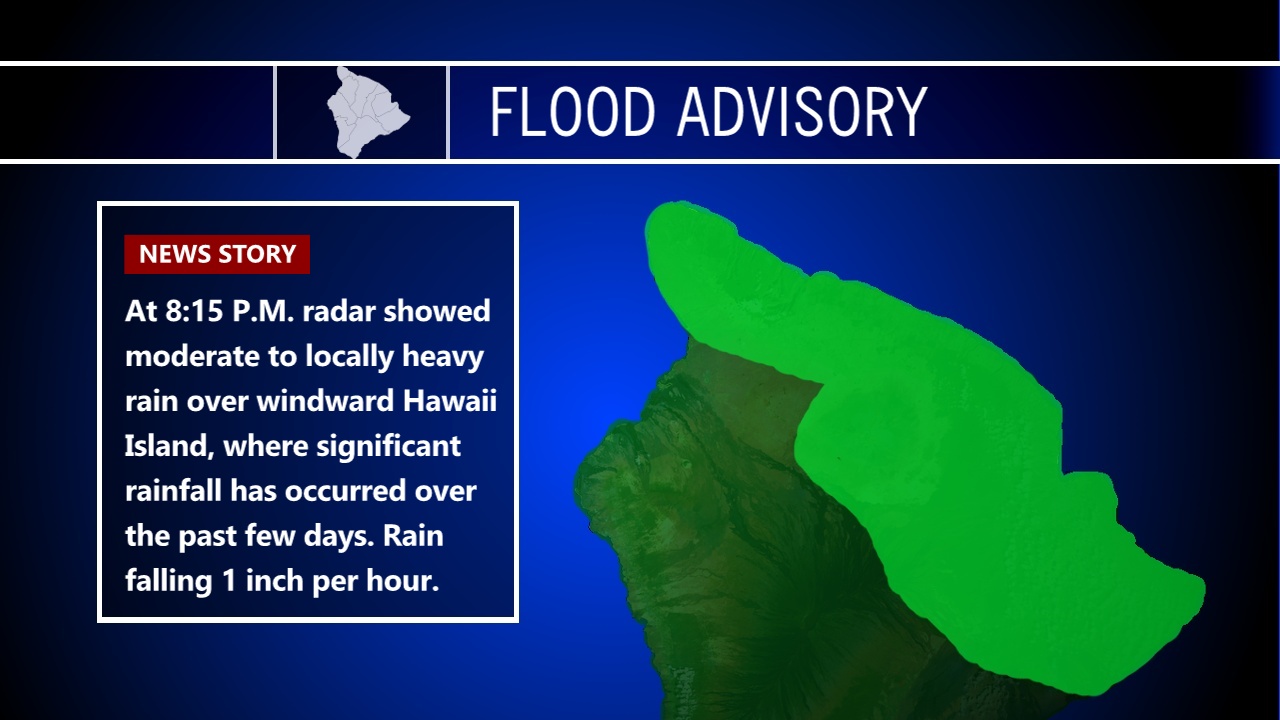 HILO, Hawaii - The National Weather Service in Honolulu has issued a Flood Advisory for parts of Hawaii County until 11:15 p.m. . Rain was falling at a rate of around 1 inch per hour. 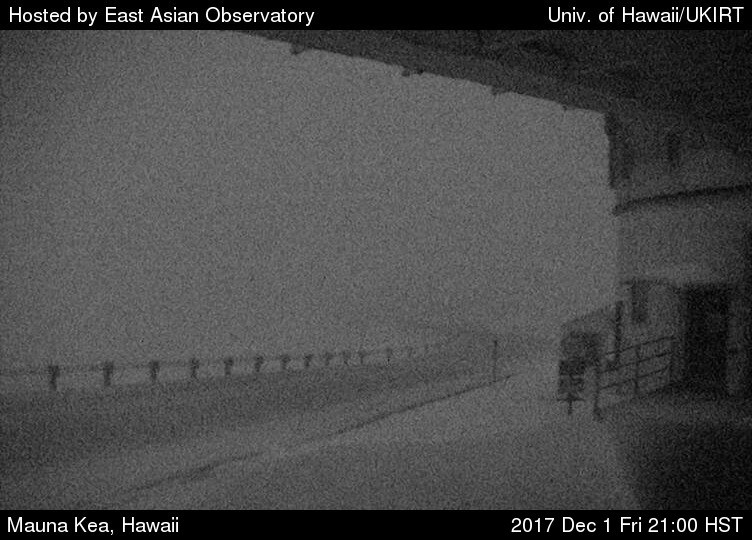 
UPDATE (7 a.m.) – At 2 a.m., the Hawaii Police Department reported that Kamehameha Avenue was closed between Ponahawai Street and Manono Street in Hilo due to flooding. Hamakua bound traffic is being routed through the canoe club area. Inbound traffic on Highway 19 is being routed up Waianuenue Avenue. Motorists are advised to drive with caution and to expect delays.

UPDATED (9 p.m.) – As soon as this story was posted, the National Weather Service posted a Wind Advisory for Kohala and another Winter Weather Advisory for Hawaii Island summits.

Also, northeast winds of 20 to 35 mph with localized gusts up to 50 mph are whipping the leeward Kohala and the Kohala mountain areas, forecasters say.

(BIVN) – A sudden burst of gusting winds and heavy rain triggered a new set of weather advisories for Hawaii Island.

The National Weather Service in Honolulu has issued a Flood Advisory for parts of Hawaii County until 11:15 p.m. HST.

Forecasters say radar indicated moderate to locally heavy rain over windward Big Island at 8:15 p.m. HST, where significant rainfall has occurred over the past few days. Rain was falling at a rate of around 1 inch per hour. Minor flooding of low lying and poor drainage areas can be expected, they said.

The Flash Flood Watch was cancelled today. Skies over Hilo were mostly sunny all day.