HILO, Hawaii - Deborah Ward, in the audience of the Mauna Kea Management Board meeting, questions the approval. 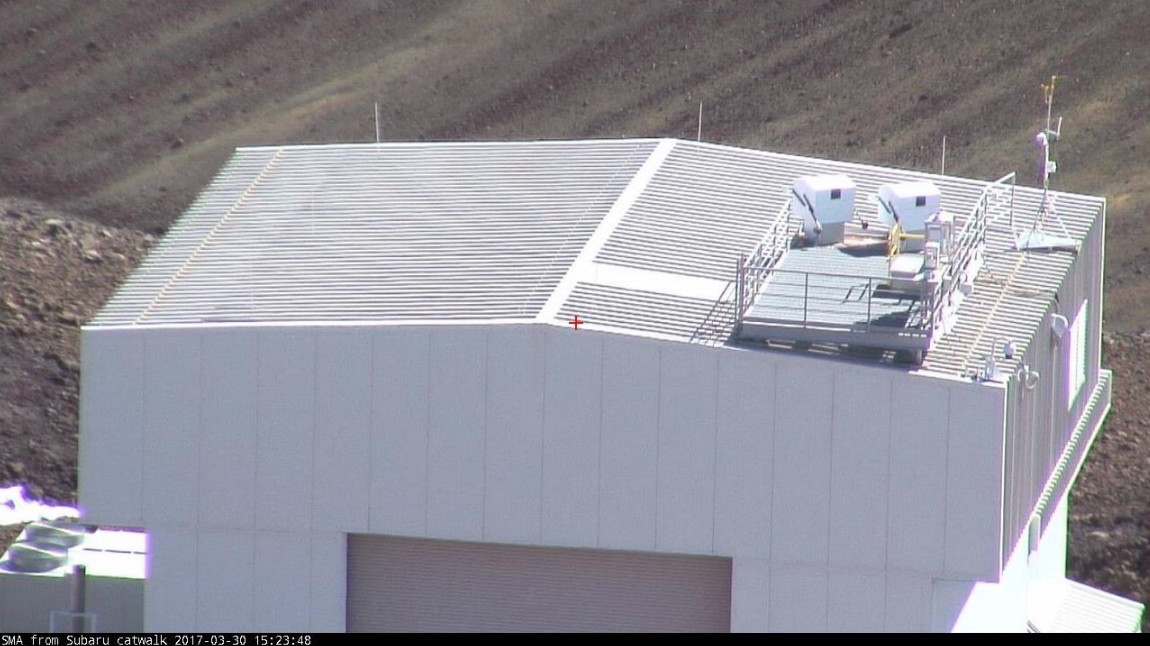 Close-up of the HAT telescopes on the roof of the SMA hangar, photo courtesy MKMB documents.

(BIVN) – A request for permanent continuation of the Hungarian Automated Telescope, or HAT, was approved by the Maunakea Management Board on November 28.

HAT, made up of two relatively small telescopes used for astronomical exoplanet transit survey observations, is situated on the roof of a hangar at the Smithsonian Astrophysical Observatory’s Submillimeter Array on the summit area of Mauna Kea. The project is a continuation of efforts initiated in 2002, reauthorized in 2012 and communicated to DLNR’s OCCL, documents say. They operate in conjunction with sister instruments on Mount Hopkins in Arizona.

The project got the attention of Deborah Ward, who was present for the Nov. 28 MKMB meeting.

“Is this considered a separate telescope?” Ward asked. “Do they need a sublease, and if so, has it been considered or applied for?”

“No, because it is (Smithsonian Astrophysical Observatory) and it is on their property,” responded Stephanie Nagata, the director of the Office of Mauna Kea Management.

“So is this an amendment to the sublease?” Ward asked.

“No, it is not an amendment to the sublease,” Nagata replied.