HAWAII VOLCANOES NATIONAL PARK - A large lava breakout from the 61g flow is consuming one of the few remaining forested kipuka on the Pulama pali. 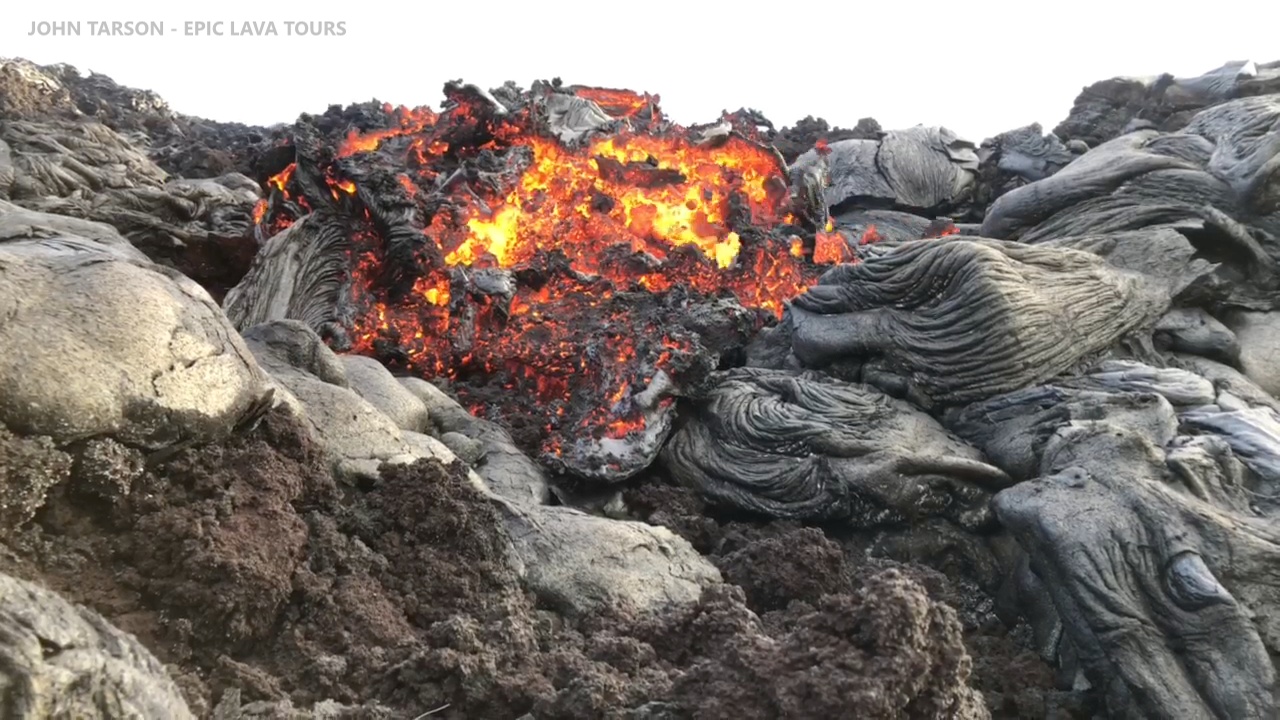 (BIVN) – All the attention out on the lava field is focused on a new breakout from the 61g flow. The lava came over the Pulama pali on Monday, and the activity continued all week.

The breakout has grown, and has started to burn one of the remaining kipuka on the slopes as it rolls down the cliff towards the coastal plain.

John Tarson of Epic Lava Tours got up close to the lava flow, recording this video. Maybe a little too close.

“Never take your eye off it folks,” Tarson said, as a hot chunk or rock tumbled nearby. “Kinda like the ocean.”

Tarson captured the flow from all angles, from below and from above. 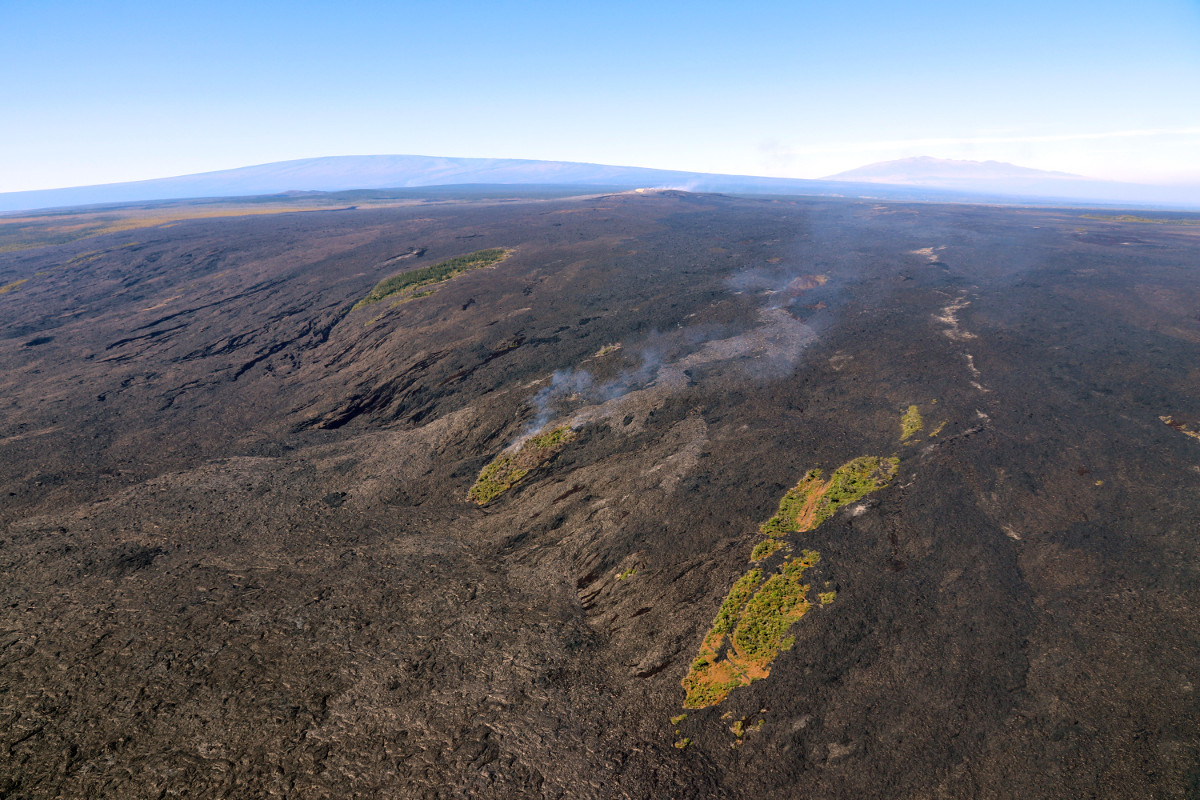 USGS PHOTO: Pu‘u ‘Ō‘ō is degassing in the upper center of the photo, and Mauna Kea (right) and Mauna Loa (left) are visible behind it.

The above photo, posted to the USGS website, shows that there will not be too many forested kipuka remaining on the Pūlama Pali if the current one burns all the way down.

Scientists say the lava flow is not a threat to nearby communities.