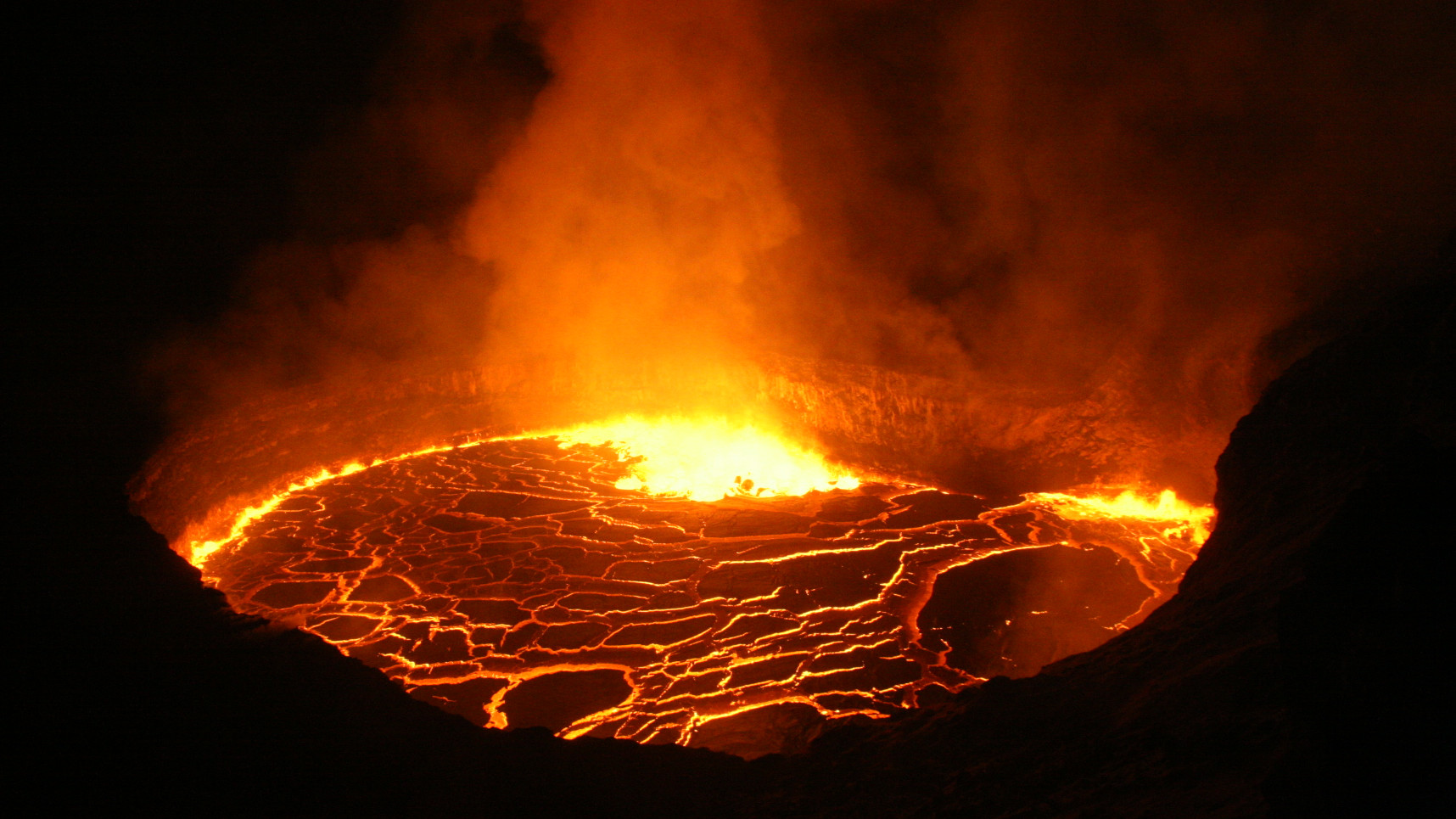 A USGS image from a Halema‘uma‘u time-lapse camera taken on December 5 at 4:41 am, just after the collapse.

HAWAII VOLCANOES NATIONAL PARK - The collapses were not large enough to produce explosive events, but did trigger seismic signals and lake surface agitation along with spattering for tens of minutes. 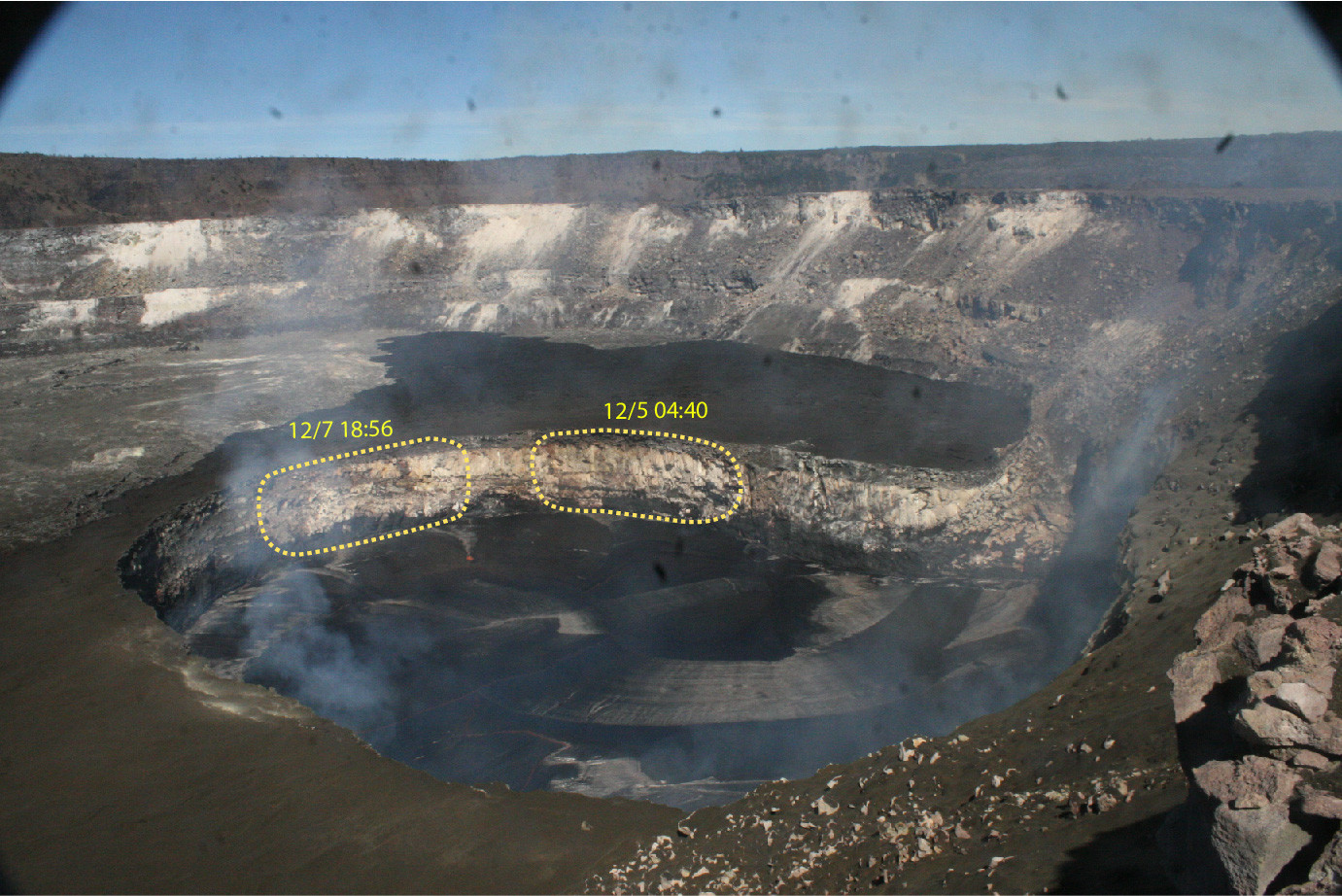 USGS: This photo from a Halema‘uma‘u time-lapse camera was taken on December 12 and shows the approximate areas (dashed yellow lines) that collapsed on December 5 at 4:40 am (right), and December 7 at 6:56 pm (left).

(BIVN) – Kīlauea Volcano continues to erupt at its summit, as scientists report recent collapses within the Halema‘uma‘u lava lake have slightly changed the size and geometry of the lava lake.

Recent rock falls – one on December 5 at 4:40 a.m. and another on December 7 at 6:56 p.m. – removed thin slices of the older lithic wall and enlarged the lake to the north, giving it a kidney bean shape.

The collapses were not large enough to produce explosive events, the USGS Hawaiian Volcano Observatory reported, but did trigger “seismic signals and lake surface agitation along with spattering for tens of minutes.”

Collapses within Halema‘uma‘u are common, the scientists say, especially when the lake level drops and the new veneer (coating of lava) peels from the walls.

The lava lake surface was measured at 121 ft. below the rim of the Overlook Vent Monday morning. USGS says summit tiltmeters have recorded inflationary tilt over the past day, and sulfur dioxide emission rates remain high.