NA'ALEHU, Hawaii - The O Ka‘u Kakou president hits the highway, on foot, to raise $250,000 for a senior housing facility in Na'alehu. 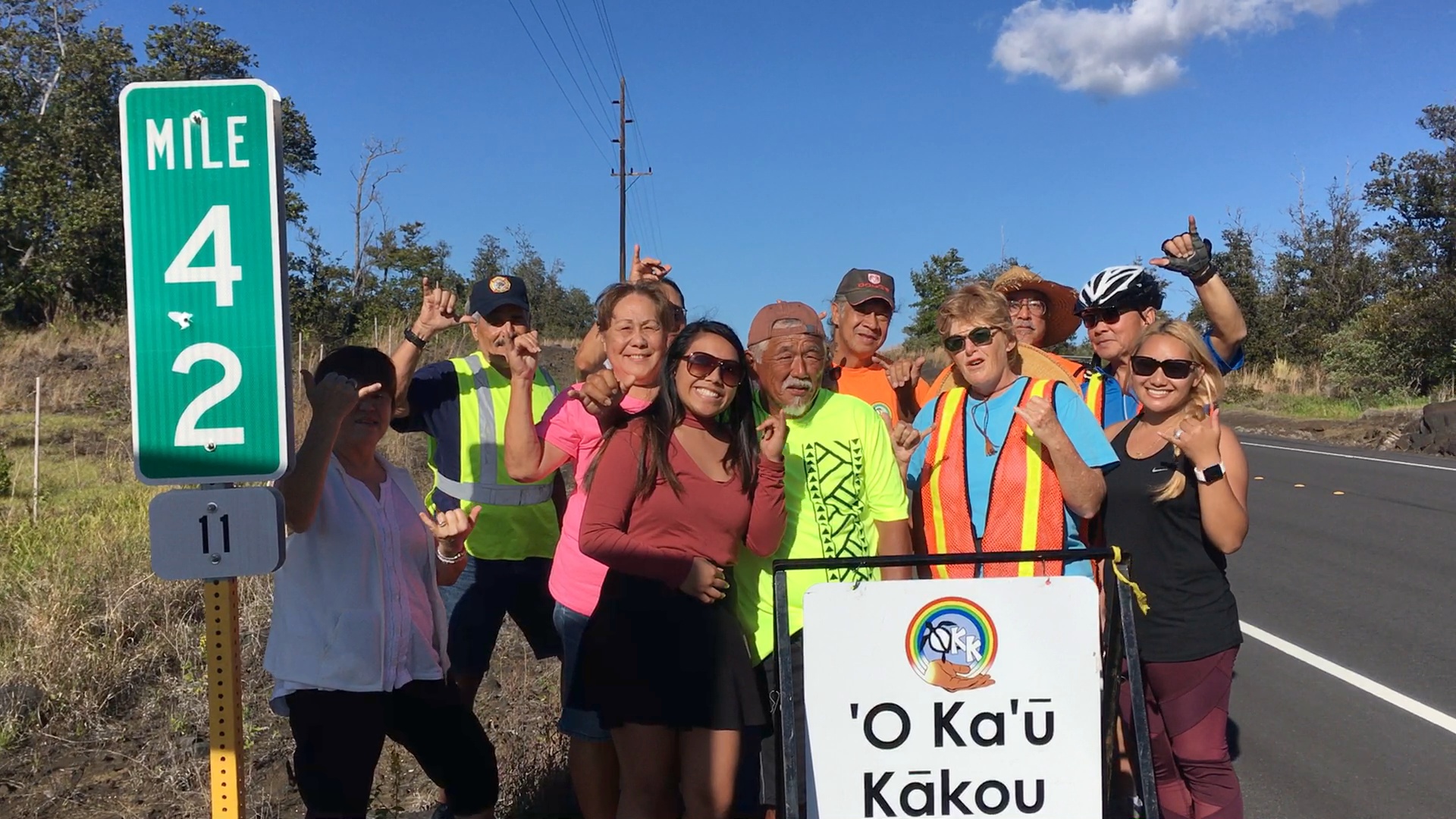 ‘O Ka‘ū Kākou came out in support of their president

(BIVN) – ‘O Ka‘ū Kākou president Wayne Kawachi walked 100 miles in his rubber slippahs this week, part of an effort to raise money for a senior housing facility in Na‘ālehu.

Kawachi started his journey Honoka‘a on Tuesday, January 2 and finished on Friday in Na‘ālehu. Journalist Sherry Bracken caught up with him at the 42 mile marker on Highway 11 on Thursday.

According to a December media release, ‘O Ka‘ū Kākou has raised over $4,000 to date. “Although $250,000 is a lot to raise, OKK has experience raising large amounts of money for worthwhile causes,” the release states. “In the past, they have raised $52,000 for the Na‘ālehu Bay Clinic and $80,000 for a handicap bus to transport kupuna and keiki on outings.”

To make a donation in support of Kawachi’s efforts, visit at okaukakou.org.