HONOLULU, Hawaii - January 17 was the opening day of the Hawaii State Legislature. But the day also marked the 125 anniversary of the overthrow of the Hawaiian Kingdom. 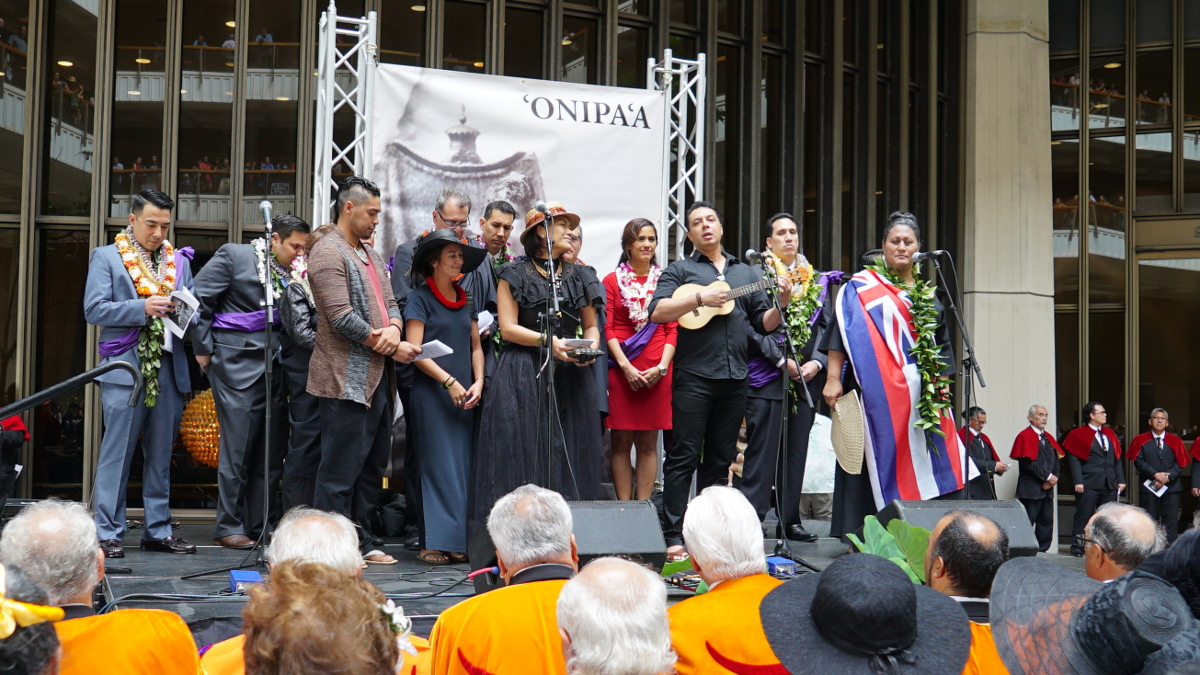 (BIVN) – There was a juxtaposition of events in Honolulu Wednesday.

January 17 was the opening day of the Hawaii State Legislature. But the day also marks the 125 anniversary of the overthrow of the Hawaiian Kingdom.

Many from Hawaii Island traveled to Oahu to participate in ‘Onipa‘a Kākou, marking the date in history. The public was welcomed to attend this schedule of events:

For many of those who participated, the issue of Hawaiian sovereignty remains unresolved.

The date was recognized by Hawaii Governor David Ige, who issued this statement as he participated in the opening of the state legislature:

“This is a special day in the history of Hawaiʻi. A few months ago, we remembered Queen Liliʻuokalani, who put her people first, before money or power. She chose the common good for a better collective existence. I believe we must follow her example as we move forward together as one people.”

We will have more from these two events later today on Big Island Video News.