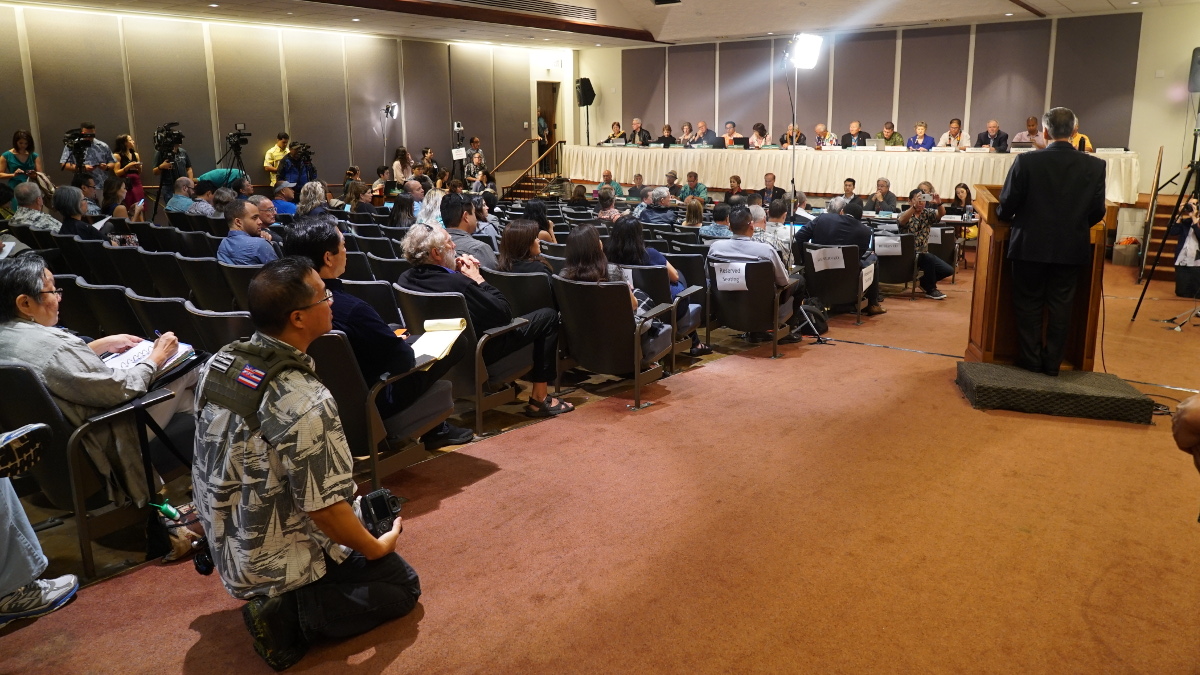 HONOLULU, Hawaii - A few legislators from Hawaii Island had the chance to question Governor David Ige and HI-EMA administrators on the fiasco.

(BIVN) – State lawmakers put Hawaii emergency officials, including Governor David Ige, under the spotlight during an informational briefing Friday, held to review the circumstances surrounding the erroneous release of a statewide emergency alert on Saturday, January 13.

The “ballistic missile threat inbound to Hawaii” alert, which caused panic when it mistakenly propagated across emergency alert systems state-wide, became a national embarrassment. The error was compounded when it took the state 38 minutes to correct the message through the same emergency alert channels. Islanders were outraged over the fiasco.

“People were trying to call frantically all over the state,” said Hawaii Island Representative Richard Creagan, who is on the Public Safety Committee. “The phones were jammed, right?” Creagan said there must be a way for that circuit to tell a caller if the alert is the real thing or not.

“I think one of the lessons learned in this event is that we really need to look at all of the modern channels of communication that we have available to us as a community,” the governor said. “And really look at how we can integrate all of them into our and warning systems so that we can share information with the public in in a more expedient and timely manner. And certainly that is one of the areas that we will be looking at.”

The Hawaii Emergency Management Agency previously stated that in only a few minutes of Saturday’s 8:07 a.m. false alert, “the Honolulu Police Department was notified of the false alarm by HI-EMA,” but Governor Ige seemed to roll back that statement following a question from the State Senator from Puna, Russell Ruderman.

“Why did it take another 20 minutes after the Honolulu Police Department was notified for somebody to call Hawaii County police?” Ruderman asked. “It seems like we should be on that same list at approximately the same time frame.”

“I have had conversations directly with Chief (Susan) Ballard at the police department and she took the initiative, when she received that alert, she did know people directly at PACOM and she exercised her initiative to make direct contact, and was able to get through to them. So she found out directly from PACOM that there was no incoming missile and that the alert was false. And then she took action to inform the public. We did, later on, contact HPD as we were going through all the county emergency response systems throughout the system.”

Big Island Video News will have more from this meeting.