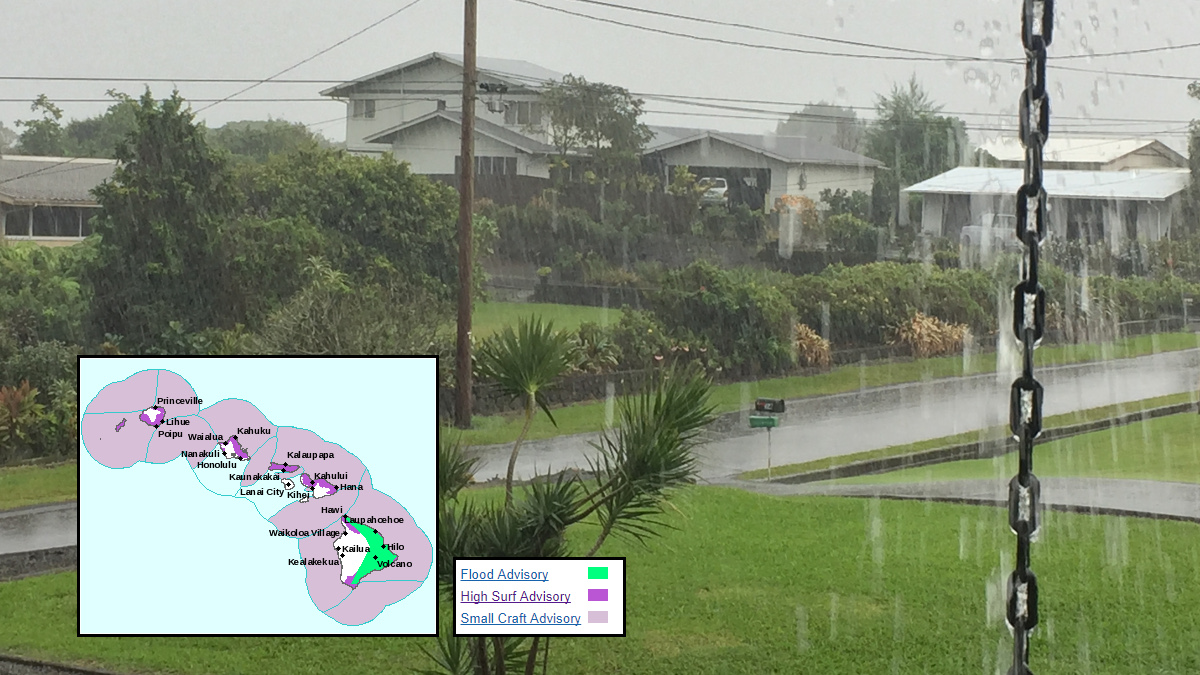 (BIVN) – The National Weather Service in Honolulu has issued a Flood Advisory for the east side of Hawaii Island until 3:00 p.m. HST.

At 1156 AM HST, radar indicated heavy showers and isolated thunderstorms moving onto windward slopes of the Big Island. Rain rates of 1 to 2 inches per hour are occurring on already saturated ground. Expect rises in streams and ponding on roads.

Forecasters are warning residents to stay away from streams, drainage ditches and low lying areas prone to flooding. They say rainfall and runoff will also cause hazardous driving conditions due to ponding, reduced visibility and poor braking action.