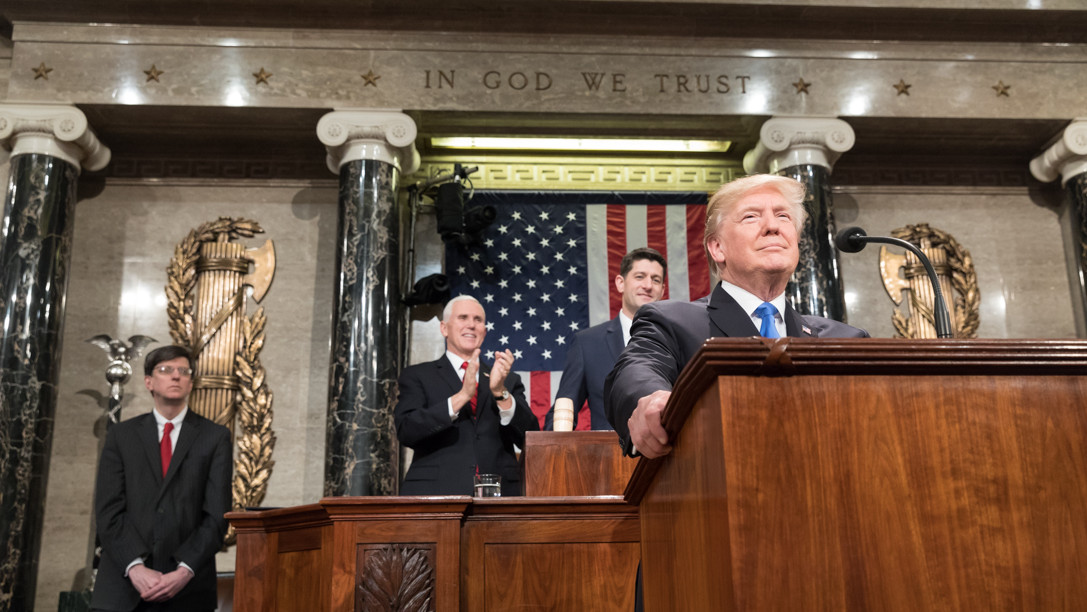 Hawaii Delegation Reacts To Trump’s State Of The Union Address

WASHINGTON D.C. - President Trump said he is "extending an open hand to work with members of both parties" but Democrats from Hawaii are skeptical.

(BIVN) – After a divisive year in office, President Donald Trump talked about coming together “as one team, one people, and one American family” in his first State of the Union Address.

“So tonight I am extending an open hand to work with members of both parties, Democrats and Republicans,” President Trump stated, “to protect our citizens, of every background, color, and creed.”

“I am asking both parties to come together to give us the safe, fast, reliable, and modern infrastructure our economy needs and our people deserve,” Trump said.

“We have ended the war on American Energy – and we have ended the War on clean coal. We are now an exporter of energy to the world,” Trump declared. “America has also finally turned the page on decades of unfair trade deals that sacrificed our prosperity and shipped away our companies, our jobs and our nation’s wealth.”

Trump called it the nation’s “New American Moment”, saying “there has never been a better time to start living the American dream.”

“President Trump spent the last year pursuing policies that pit one group against another and attacking people who don’t agree with him,” said Sen. Mazie Hirono. “In his performance tonight, the President tried to show something different and failed. Nothing the President has done in the past year has demonstrated he’s serious about bringing our country together to get things done.”

“I listened carefully to the president’s speech for opportunities for bipartisanship, and I was disappointed to find so few,” said Sen. Brian Schatz. “Although there may be a chance for compromise on infrastructure and a solution for the Dreamers worked out in the Senate, much of the speech was disappointingly divisive. Nevertheless, I will continue to look for bipartisan opportunities with my Senate colleagues, and fight the administration when they undermine fundamental American values.”