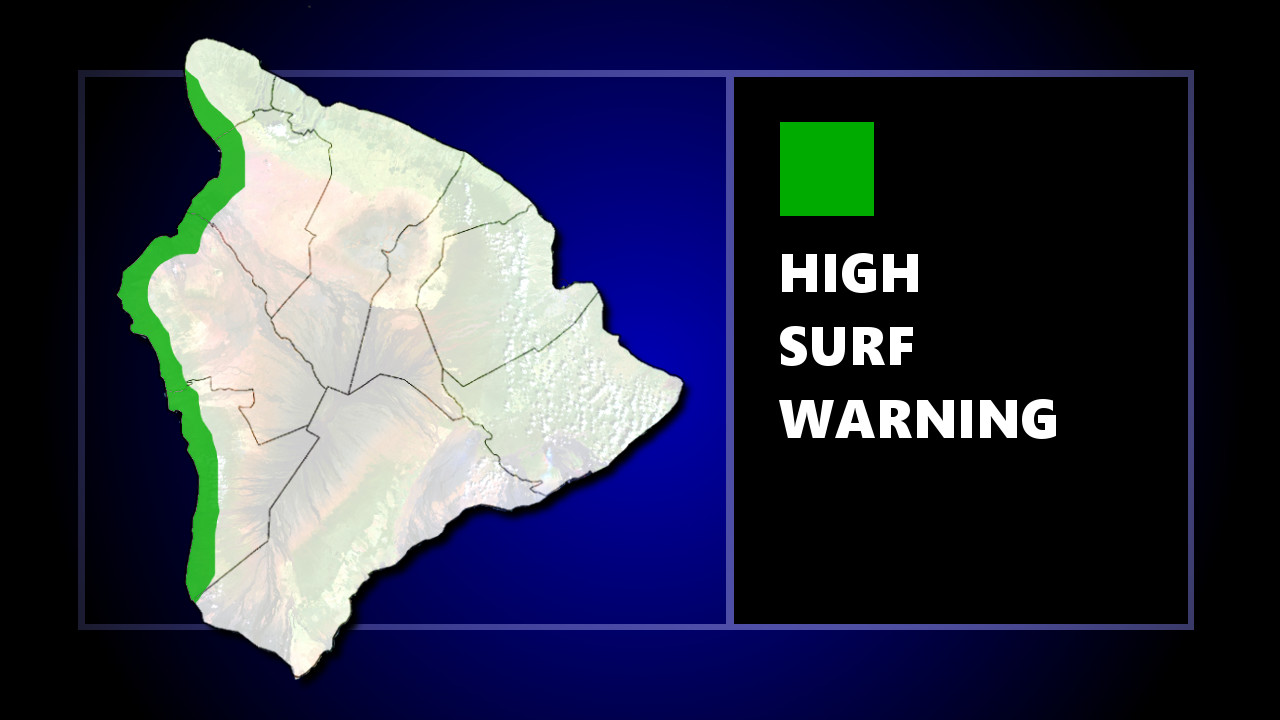 
UPDATE (9:50 a.m.) – Hawaii County Civil Defense issued a new message Saturday morning (audio above), reporting the wharf side of Mahukona Beach Park is closed due to the high surf.

A new and very large northwest swell is expected to arrive this evening and boost surf back well above warning level for most north and west facing shores of the smaller islands. The more westerly direction of this swell will allow enough energy into the Kona coast of the Big Island to include those west facing shores as well.

Hawaii County Civil Defense says surf is forecast to build through Saturday then gradually subside after Sunday. The highest threat will coincide with the high tides, which occur at 5:15 a.m. and 5:30 p.m. Saturday, and again at 6:00 a.m. Sunday.

Surf heights along west facing shores of the Big Island are expected to measure 12 to 15 feet.

According to a Friday alert from Hawaii County Civil Defense: