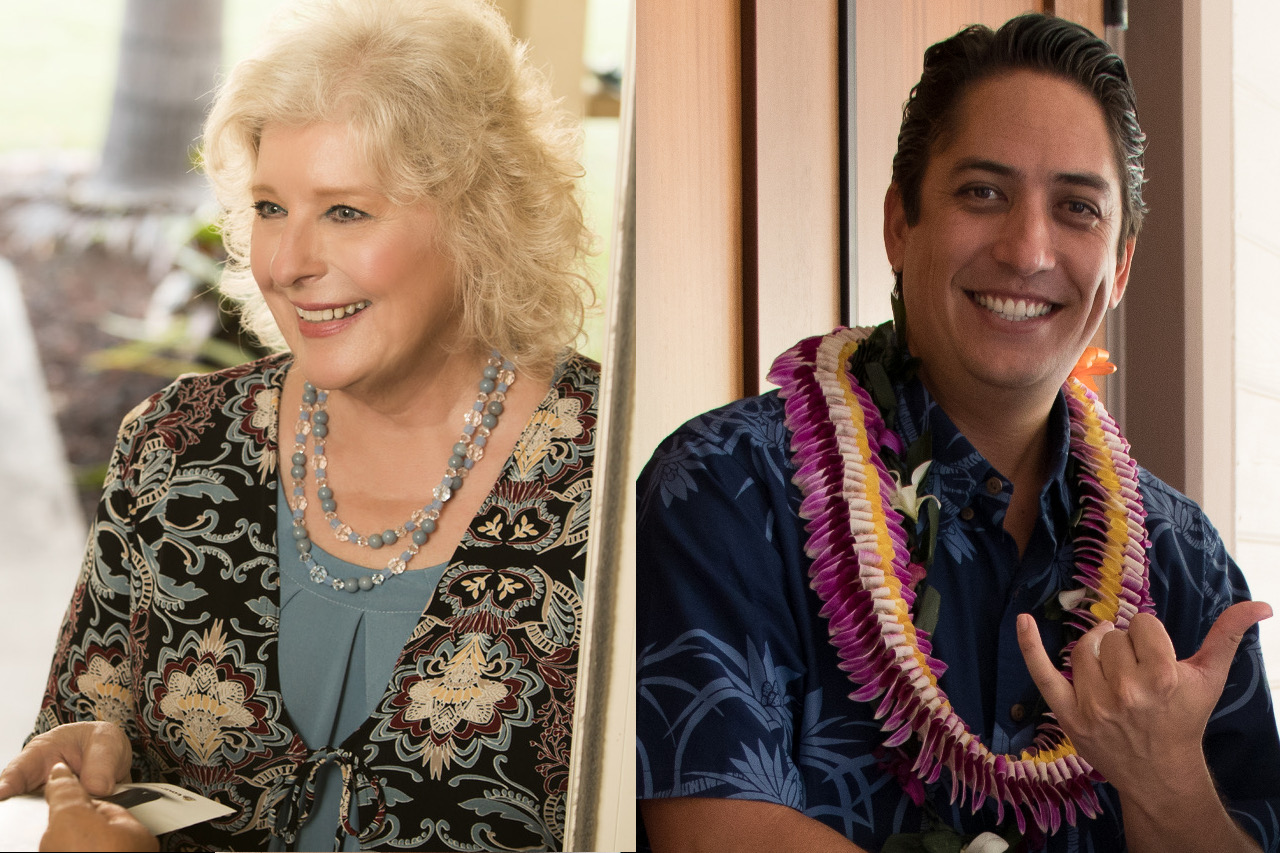 (BIVN) – Candidate filing for the 2018 Elections began on February 1 and runs through June 5, 2018, opening the process that allows qualified individuals to have their names appear on the ballot.

It will be a season of change in Kona, and already two well known faces at the county-level of government are seeking higher office at the State Capitol.

“The outpouring of aloha and support since I announced my candidacy in September has been so humbling,” Kanuha said in a campiagn media release. “I look forward to the opportunity to serve even more people in our community as Senator. Having been blessed to grow up in West Hawaiʻi and raised with the values of compassion, respect, and aloha for the land, water, and people, it will be an honor to bring those values with me to the Hawaiʻi State Senate and work hard to address the needs of our people from Nāʻālehu to Ocean View, South Kona to Kealakekua, Kāināliu to Keauhou, Kailua to Kalaoa.”

Kanuha, a former council chair, is running as a Democrat. A Libertarian candidate has also filed his papers. Michael Last of Na’alehu is also seeking the senate seat.

It has been reported that State Rep. Richard Creagan will also be seeking the senate seat, although as of Friday he has not filed papers, according to online documents from the State Office of Elections.

“We’re ready to go! I’m humbled and thrilled by the community’s response to my candidacy,” Ford stated in a campaign media release. She added, “Having worked as a Council Member for eight years, I know how to research, draft, pass legislation, and I understand how government works. I know the needs of my district, and people are comfortable in calling to advise me of any issues that should be addressed. I believe my years of experience will help me succeed in assisting the people of my district and the Big Island.”

“Many problems face our island and I will work on solutions,” Ford says. “I will fight for a $15 minimum wage, permanent low-income rental housing, protection of our coffee industry with country of origin labeling, maximum funding for studies of Rat Lungworm Disease, faster State responses to medical emergencies like Dengue Fever, a new South Kona Police Station, and a state-of-the-art hospital near the Kona Airport to serve West Hawaiʻi. The old hospital can be used for skilled nursing care, long-term care, or even psychiatric care. I anticipate more jobs in the medical sector in our community.” 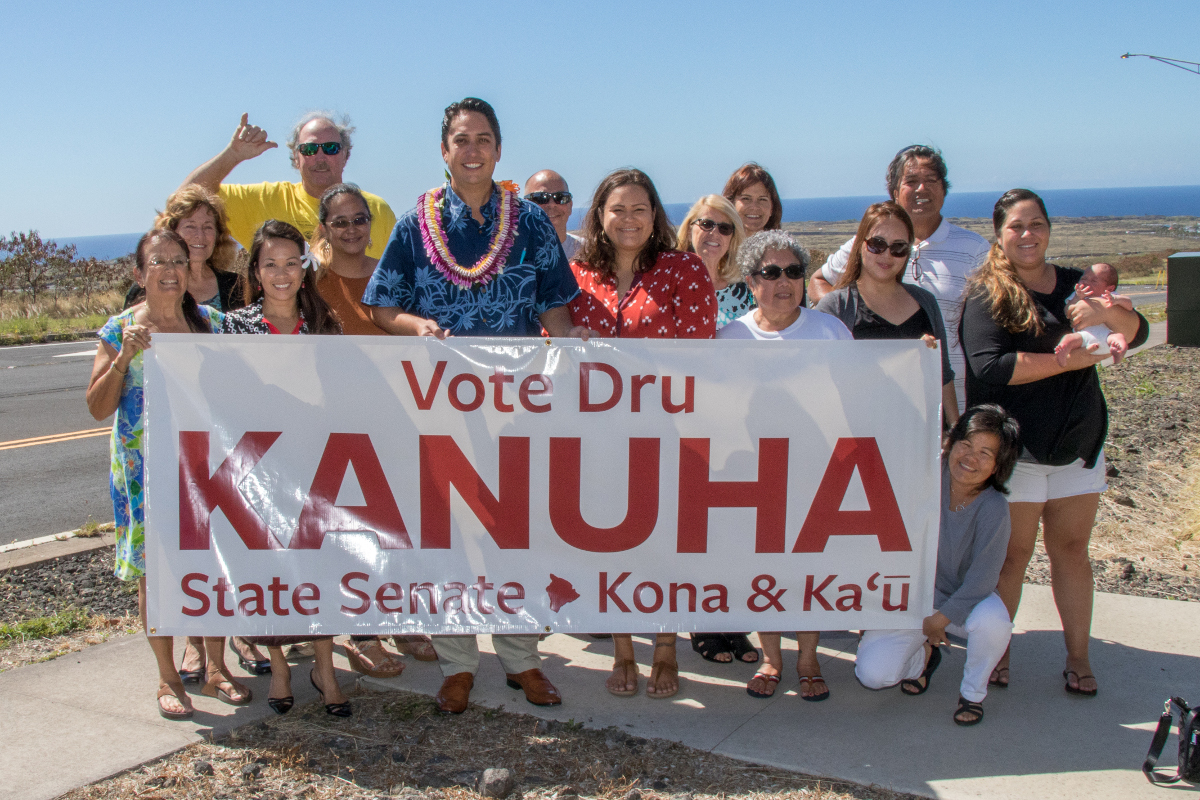 Kanuha was born and raised in Kona, and is a proud graduate of Kealakehe High School and the University of San Diego. Kanuha worked at the State Capitol and at Kamehameha Schools’ Land Assets Division before being elected to the County Council in 2012. He is currently in his third term representing the people of Council District 7.

Kanuha is especially proud of improvements in transportation and recreation he advanced during his three terms on the County Council: building Laʻaloa Avenue as a mauka-makai connector to relieve traffic congestion on both Kuakini Highway above and Aliʻi Drive below, completing the Māmalahoa Bypass Extension from Keauhou to Nāpoʻopoʻo to alleviate congestion in South Kona, opening the new playground at Kailua Park to families, and welcoming the community to Aliʻi Kai Park – delivering on a promise made by the county over four decades ago.

While on the Council, Kanuha’s colleagues elected him Chair from 2014 to 2016, and he currently serves as chair of the Governmental Relations and Economic Development Committee. He was also chosen by his colleagues as president of the Hawaiʻi State Association of Counties, a body that advocates for the counties at the Legislature, and is on the board of directors of the National Association of Counties and its Western Interstate Region. 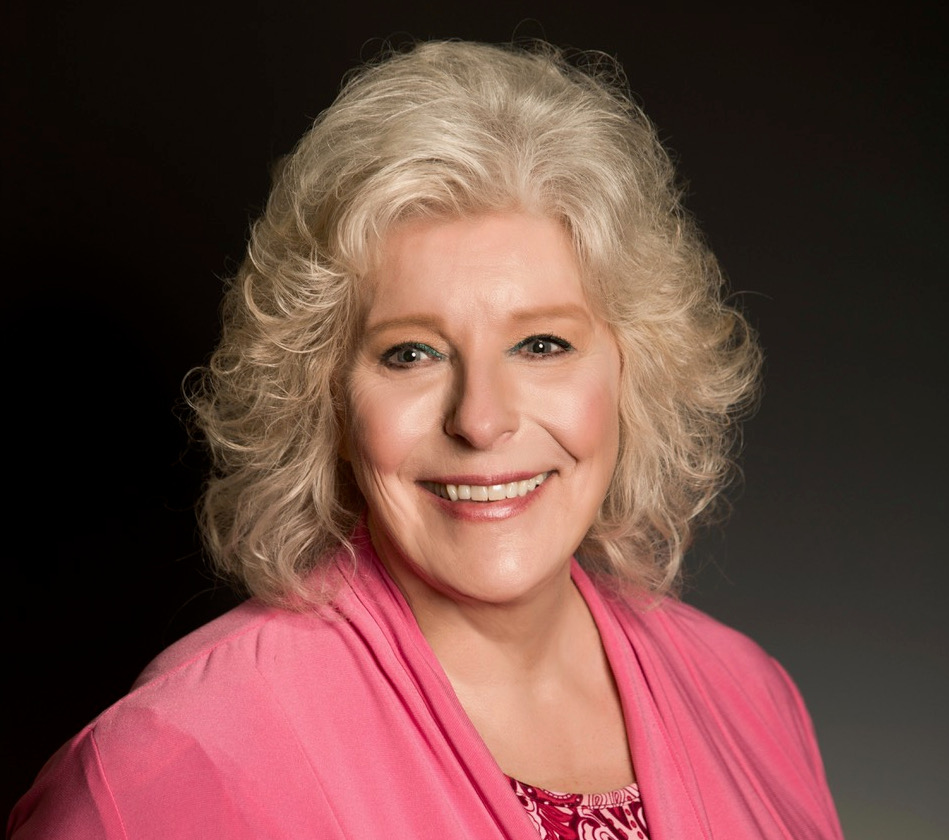 Ford supported in the past and believes in the need for more funding for anti-abuse training to reduce teen dating violence and domestic violence. Additionally, the Little Fire Ant has invaded West Hawaiʻi and is spreading. She believes that major efforts to control this vicious pest are needed, such as, pass a law to stop the importation of infected plants. She supports more agricultural inspectors State-wide.
Ford and her husband, Larry, have been married for 26 years and have three grown children. They own a small farm in Captain Cook where Larry grows lychee, papaya, bananas, and a little coffee for personal use. They have lived on the Big Island for 23 years.

Ford has a long history of community involvement, having volunteered for many years as a member and Director of the Citizens for Equitable & Responsible Government, and the non-profit environmental group Plan To Protect. She is a Volunteer Neighborhood Watch Coordinator, and volunteer with the South Kona Community Emergency Response Team (CERT).

Ford’s accomplishments on the Hawaiʻi County Council include helping fund the West Hawaiʻi Community Health Center Keiki Dental Clinic, helping fund the battered women’s shelter, fund training for teens to recognize and avoid teen dating violence, helping start Ke Kama Pono (Boy’s Safe House in Captain Cook), voting for a bond to build the West Hawaiʻi Civic Center, and purchasing land for a new South Kona Police Station. She continued the work of previous Council Members to get the Laʻaloa Street extension completed. She filed a redistricting lawsuit in 2001 which resulted in a fourth State Senator for Hawaiʻi Island in 2011.