KOHALA COAST - Video shows beachgoers scrambling to collect their belongings as the tide rolled in on Saturday. 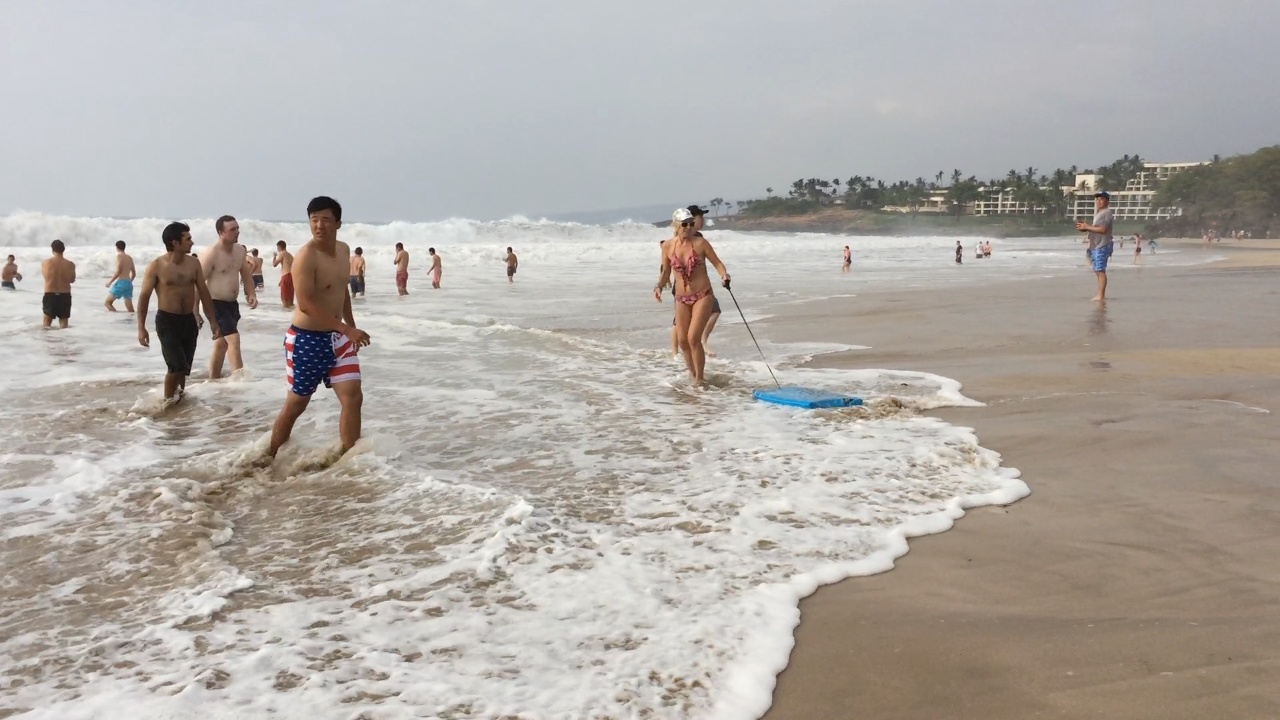 (BIVN) – The ocean swept over the sandy shore of Hapuna Beach on Saturday, as a High Surf Warning was in effect for West Hawaii shores.

Lynn Beittel was at Hapuna at 3 p.m. on Saturday afternoon when she witnessed sets of large waves flooding the beach.

“Lots of people were on the beach and had to run around collecting wet towels, sandals, sand toys,” Beittel said, as she grabbed some images with her iPhone. “The lifeguards issued warnings to beware of the high surf, but didn’t close the beach.” 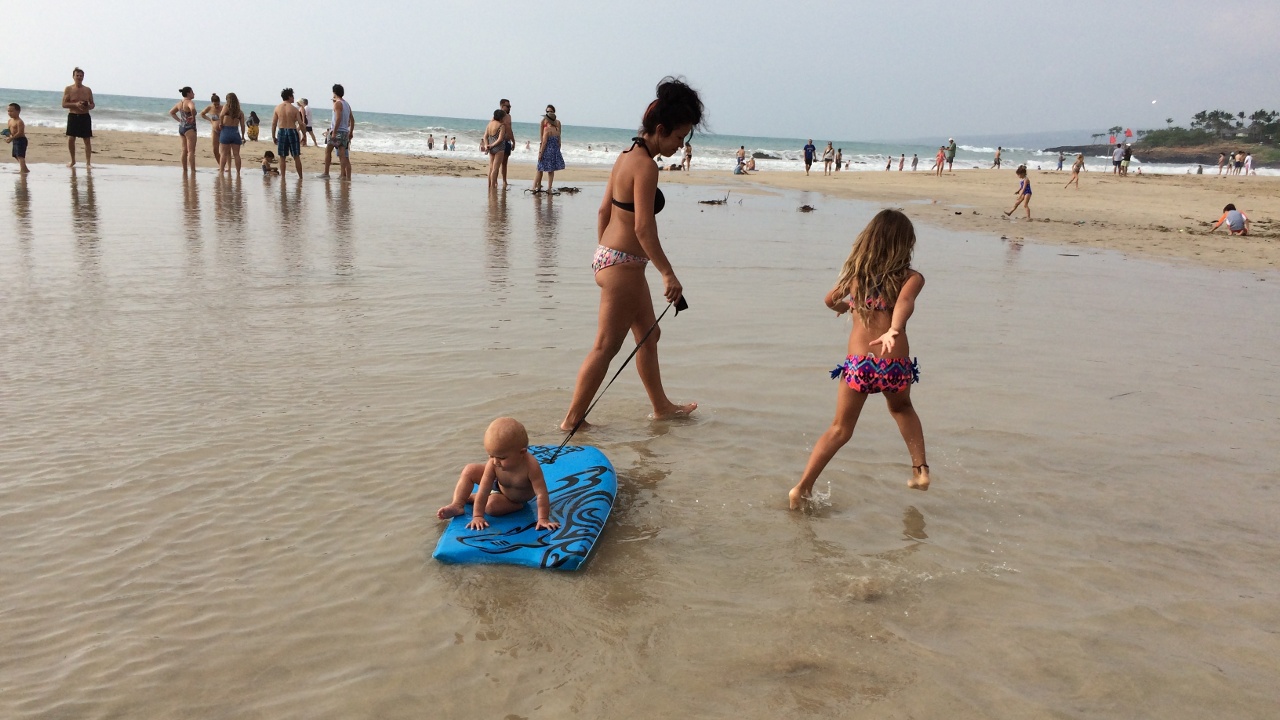 A big puddle formed on the beach and the little kids enjoyed playing in it, Beittel said. Photo by Lynn Beittel.

The National Weather Service says a “very large northwest swell will continue to diminish through Sunday, but surf will remain at warning levels for most north and west facing shores of the smaller islands. The westerly direction of this swell will allow enough energy into the Kona coast of the Big Island to include those west facing shores as well.”

On Saturday morning, Hawaii County Civil Defense reported the closure of the wharf side of Mahukona Beach.

Surf heights along west facing shores of the Big Island are again expected to be 12 to 15 feet through Sunday afternoon. 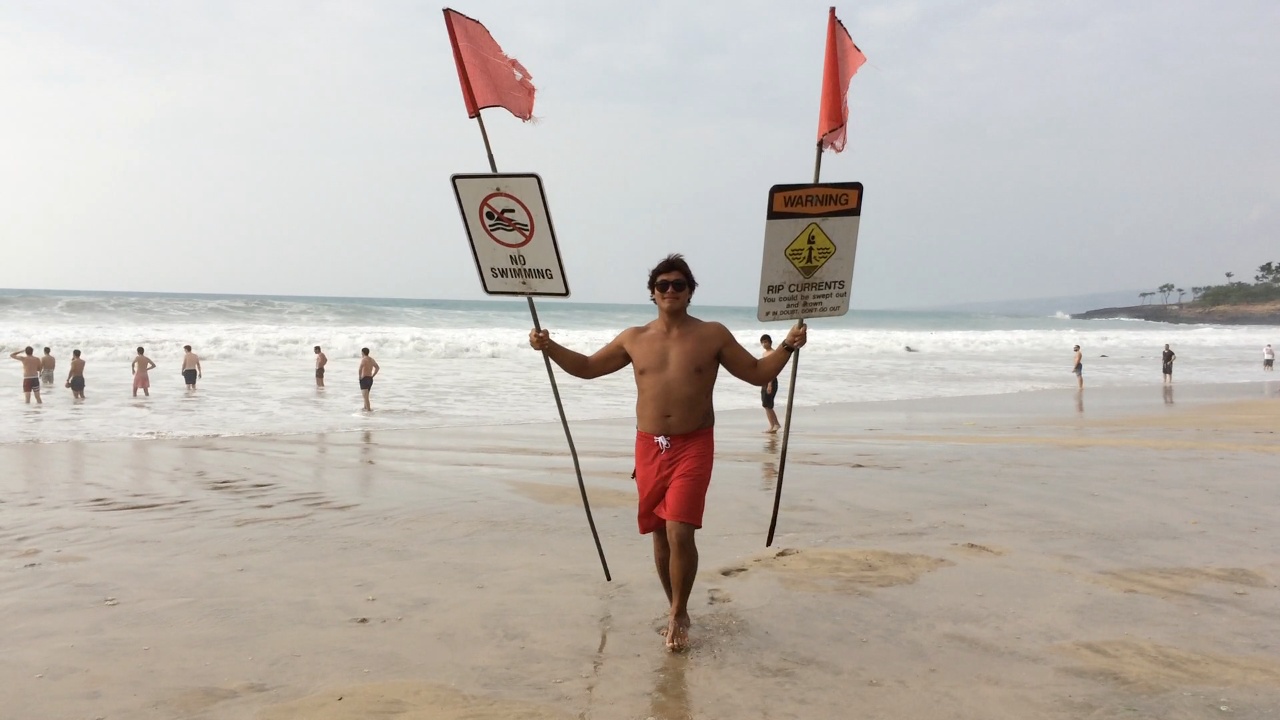