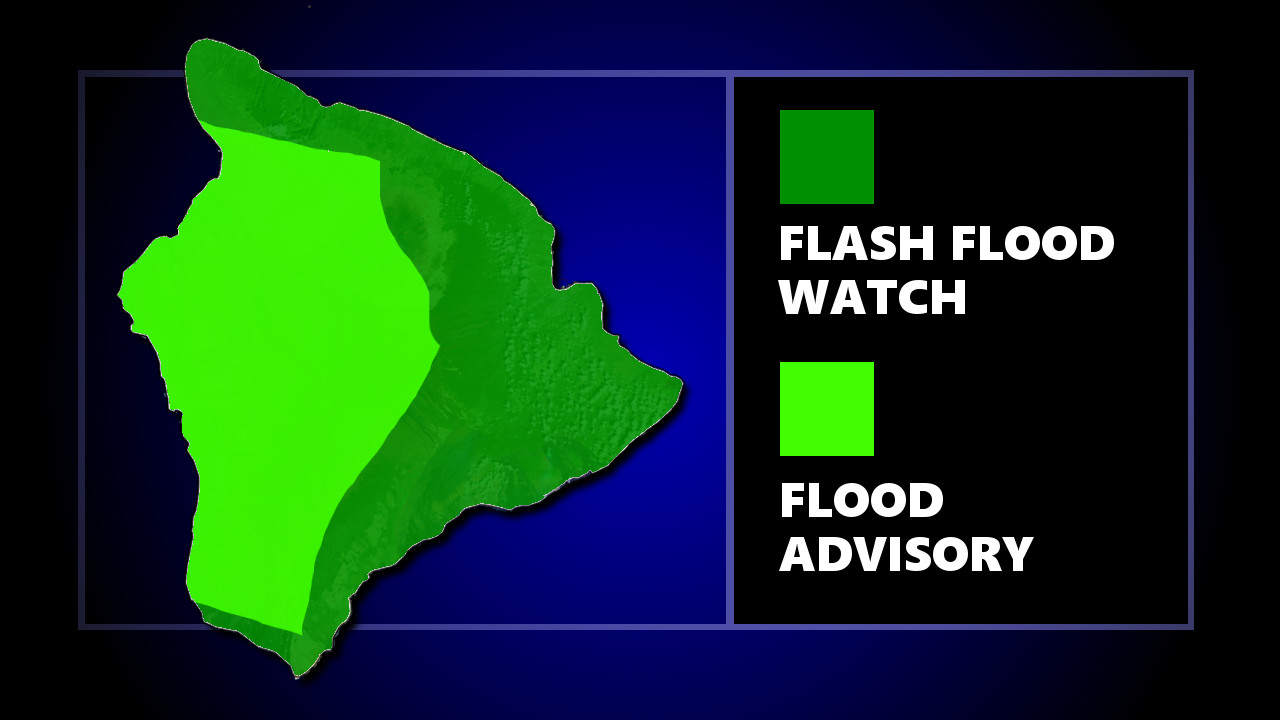 HAWAII ISLAND - Radar shows thunderstorms with intense rainfall and possible small hail extending from Puako, to Waikoloa Village, to between Waikii and Puuanahulu.

UPDATE (5:18 p.m.) – The Flood Advisory issued for Hawaii Island is no longer in effect. The Flash Flood Watch remains in place, but is set to expire at 6 p.m. HST.

(BIVN) – The National Weather Service in Honolulu has issued a Flood Advisory for much of Hawaii Island at 3:21 p.m. HST on Wednesday.

At 3:16 PM HST… radar indicated thunderstorms with intense rainfall and possible small hail extending from Puako, to Waikoloa Village, to between Waikii and Puuanahulu. These thunderstorms were nearly stationary. Rainfall and runoff will cause hazardous driving conditions due to ponding, reduced visibility and poor braking action.

The Flood Advisory will remain in effect until 5:30 p.m. HST.

A Flash Flood Watch is also in effect until 6 p.m., as a strong trough aloft continues to provide unstable conditions, with the potential for locally heavy downpours and thunderstorms that could produce flash flooding.