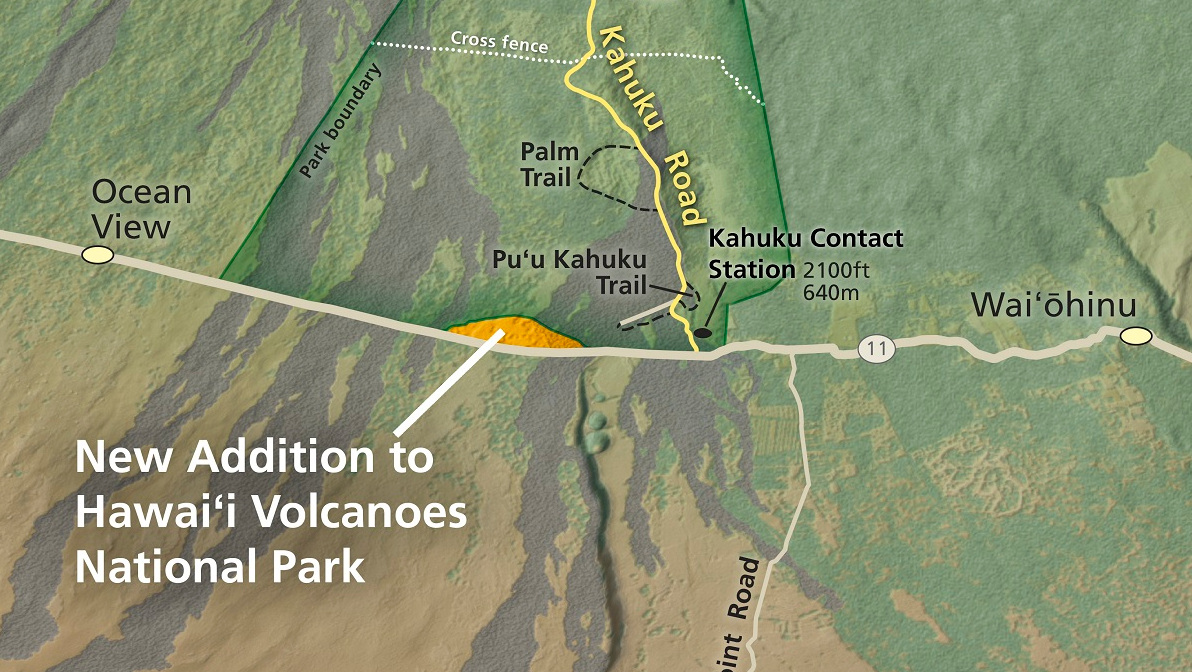 KAHUKU, Hawaii - The Nature Conservancy transferred a 222-acre property at the southern end of Hawaiʻi Island to the National Park Service. 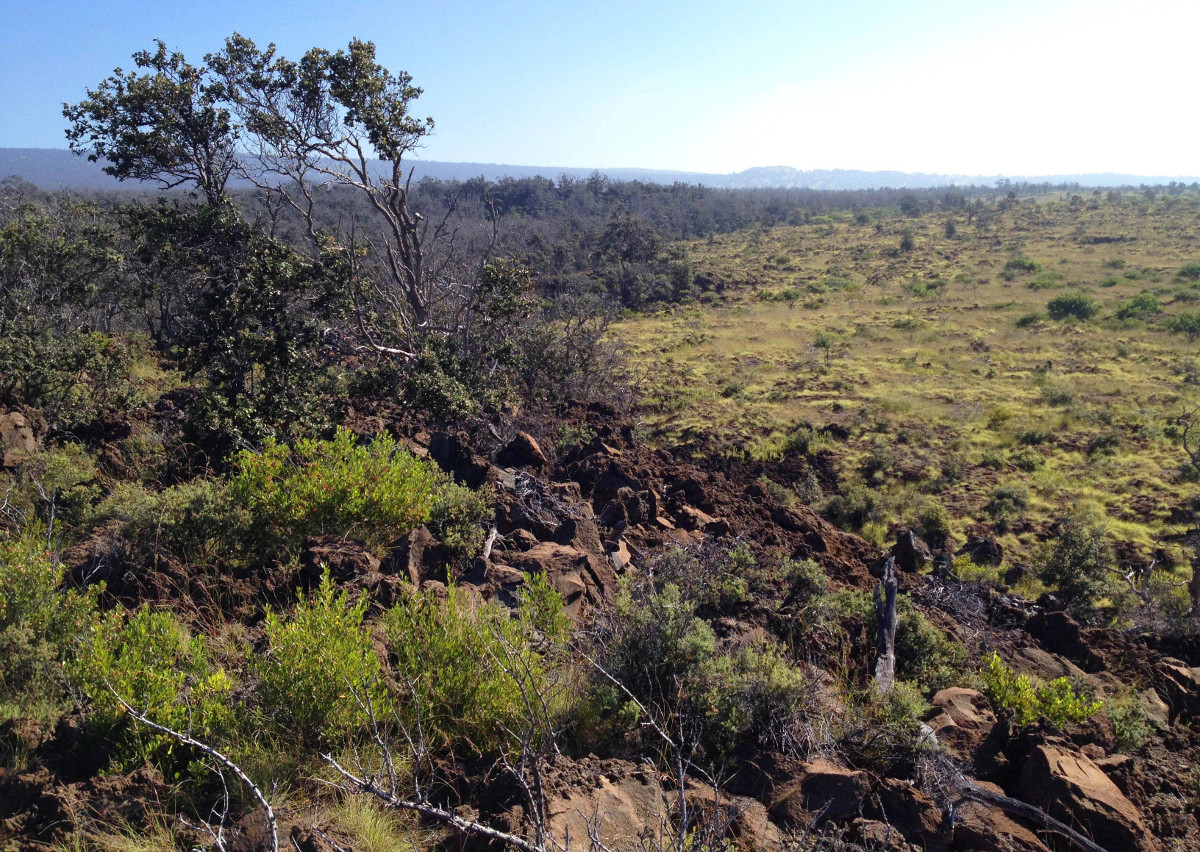 A 222-acre parcel extending along 1.6 miles of Highway 11 between the towns of Ocean View and Nāʻālehu in the Kaʻū district has been transferred from The Nature Conservancy (TNC) to the National Park Service. TNC purchased the property to preserve it for conservation.

“Hawai‘i Volcanoes National Park is thrilled to add this priority conservation habitat to our Kahuku Unit. The parcel contains rare dryland forest plants, native birds, and insects, and a lava tube system,”said Cindy Orlando, Superintendent of Hawai‘i Volcanoes National Park. “This action supports our mission to protect the natural and cultural resources and biodiversity of Hawai‘i Island. We are exploring ways to make it accessible for park vistiors,” she said.

“This property is a gem that links two types of forest habitat that are increasingly rare in Hawaiʻi: lowland mesic (or temperate) forest and lowland dry forest. These forest areas tend to coincide with where people like to live, so they are threatened globally and here in Hawaiʻi,” said Shalan Crysdale, the Conservancy’s Hawaiʻi Island Program Director. “We have been working to control invasive weeds such as Christmas berry, and have cleared more than 40 acres through volunteer and staff efforts,” he said.

The land parcel was once part of the larger Kahuku Ranch. In 2003, TNC and NPS jointly purchased the 116,000-acre Kahuku Ranch. It was the largest conservation land transaction in the history of the State of Hawaiʻi and doubled the size of the park to over 333,000 acres, officials say. 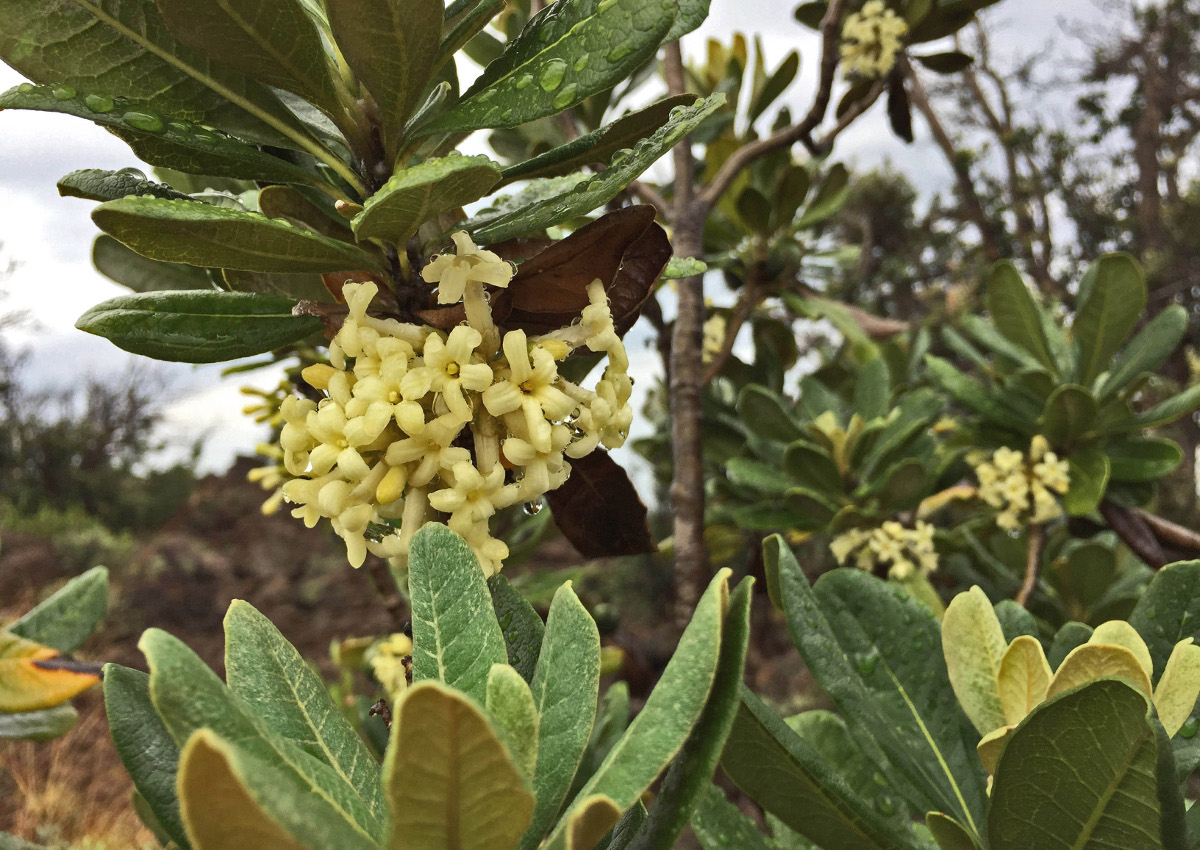 The Conservancy conducted biological surveys and found that despite impacts by invasive weeds and mouflon (big-horned) sheep, the site is home to many native plants. They include lama and ‘ōhiʻa trees, ʻūlei (a flexible hardwood with fragrant blossoms), pūkiawe (a shrub with colorful berries), hō‘awa (a common food for ʻalalā, the Hawaiian crow) and aʻaliʻi (a flexible shrub with colorful seed pods). Native animals found in the parcel include the endangered ʻio (Hawaiian hawk), ʻōpeʻapeʻa (Hawaiian hoary bat), several species of rare insects, and two honeycreepers, the ʻapapane and ʻamakihi.

In addition to natural resources, this parcel contains cultural and historical assets, such as the old Mamālahoa Highway, a historic road bordered by a four-foot high rock wall that is an artifact of former cattle ranching in the area. It also includes a trailhead for the historic Kahuku-ʻAinapō trail network. 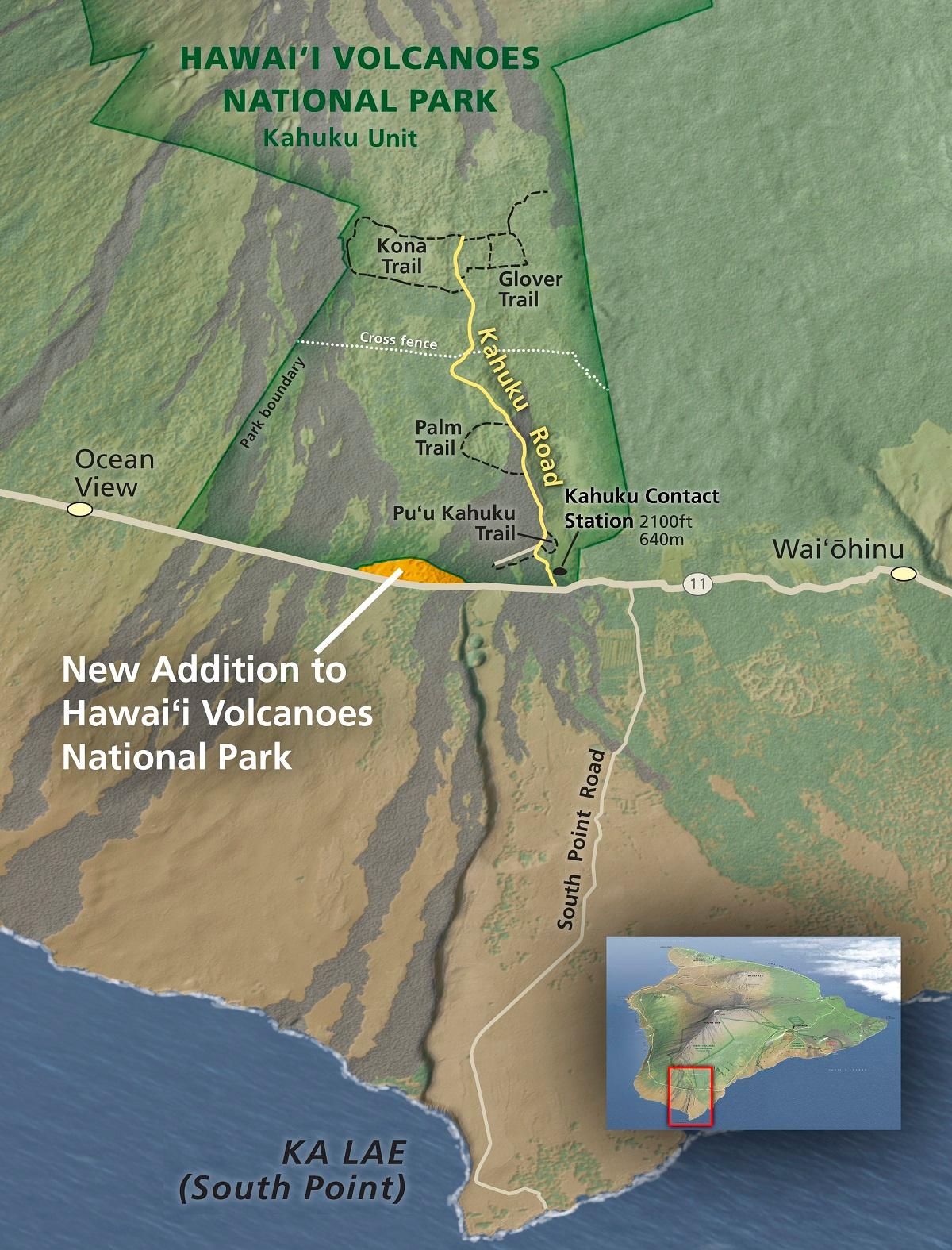