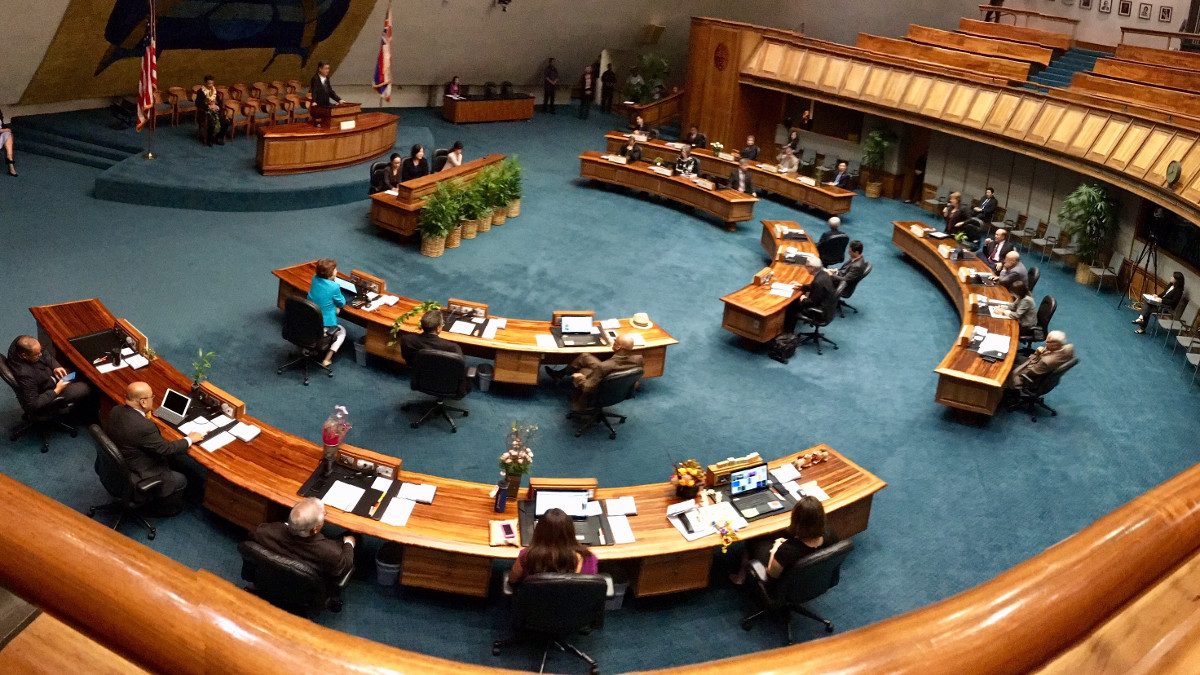 (BIVN) – A bill that would have “established procedures for a parent or legal guardian to obtain authorization to home school a child” in Hawai‘i was withdrawn today after a massive outpouring in opposition.

Hilo’s State Senator Kai Kahele said he had worked with the Hawai‘i County Prosecutors office to introduce Senate Bill 2323 in an effort to protect abused children.

Following a flood of testimony in opposition, mostly from the state’s many home schooling advocates, Kahele requested the bill be withdrawn during the joint hearing of the Senate Committees on Education and Human Services.

“Senate Bill 2323 was never meant to not allow loving, caring, families from homeschooling your child and from infringing on your constitutionally protected rights,” Sen. Kahele said in a statement. “It was meant to protect children that live unimaginable lives, and are abused, neglected at the hands of the very parents and guardians that should be nurturing them and forgotten by a system that should be protecting them.”

The bill made special mention of Peter Boy Kema, one of Hawaii’s most notorious child abuse cases. From SB 2323:

When Peter Boy was only a few months old, he and his siblings were removed from their parents’ care after authorities discovered signs of abuse. After living with their grandparents for four years, Peter Boy and his siblings were returned to their parents and the physical abuse resumed. Peter Boy’s abuse included being shot with a pellet gun, locked in a car trunk, and forced to eat dog feces. Although he was enrolled in preschool, Peter Boy was withdrawn from school to be home schooled where the abuse continued until his death in 1997 when his parents hid his body and lied to the authorities regarding their son’s whereabouts for twenty years. Although Peter Boy’s parents had a history of child abuse and neglect, they were allowed to home school Peter Boy. As a result, Peter Boy was isolated and his marks of abuse and neglect were hidden from those who are required by law to report suspicions of child abuse and neglect, such as teachers.

The bill had the support of Hawai‘i County Prosecuting Attorney Mitch Roth.

“Peter Boy” Kema Jr. would very likely be alive today if this bill had been in effect during his lifetime. This bill facilitates the coordination between the Department of Education and Child Welfare Services to ensure that no child in the state of Hawai’i falls through the “cracks” of our justice, child welfare and education systems. “Peter Boy” Kema Jr. is one of several Hawai’ian children who have died in the past decades from severe physical abuse and neglect because we have not previously required this coordination between systems.

In a 2014 medical and legal study of 28 cases of child torture published in the Journal of Child and Adolescent Trauma, the authors pointed to the social isolation of these children, accomplished by caregivers with histories of abuse and neglect withdrawing their children from school or day care settings. This measure both protects parents who wish to home school their children given procedures in place for appeal to a court in the event a request is denied and protects children in unsafe home environments.

The current process allows abusive caregivers to withdraw children from school and from the scrutiny of adults who, as mandated reporters, might be in a place to protect those children. This measure is desperately needed if we, as a community, recognize the importance of ensuring that every child in our state is afforded a safe, nurturing home in which to grow and thrive. The Hawai’i County Office of the Prosecuting Attorney is committed to bringing justice to children who experience abuse and neglect. It is our hope that measures like those proposed in this bill reduce and ultimately end abuse of Hawaiian children.

But testifiers made detailed arguments against the bill.

Katherine Lau of Hilo, for example, gave four reasons why the bill will not help to protect Hawaii’s children from child abuse (in her words):

SB-2323 inaccurately uses the story about Peter Boy as a basis for passage. Anyone who has monitored this case over the years, knows Peter Boy was not a home schooler. But, across the State everyone was appalled when they found out that state authorities, who were aware of the abuse to Peter Boy, in fact returned him to the abusive home. However, this has absolutely nothing to do with home schooling.

Kulbis added the bill is “nothing more than an obvious attempt to circumvent parental rights, by inserting the Hawaii Department of Education’s unelected and unaccountable bureaucrats into the home schooling network.”

Nicole Ryan, President and Founder of the Hawaii Homeschool Network in Waimea, wrote in her testimony against the bill:

Finally, as a Big Island resident and leader in the homeschooling community, I must mention that I am perplexed as to how bills of this nature can be composed without any attempt to reach out to our current homeschooling community, who is at the very heart of who is affected by these potential measures. As an open and inclusive community, and a formally organized a local 501(c)3, the Hawaii Homeschool Network would have been more than happy to provide information about homeschooling in Hawaii to legislators. It is very concerning that the population who is directly affected by this potential law has been excluded from the development of this proposal. The lack of community input is quite alarming.

“Due to the overwhelming testimony in opposition and the overwhelming turnout today at the Capitol, as the introducer of the bill, your voices have been heard by me and my colleagues and I would like to request that this bill be withdrawn and deferred,” Sen. Kahele stated. “In the interim, I am committed to work in collaboration with stakeholders, the Home School Network, Department of Education and other agencies to address this issue and return next Session with a bill that protects all keiki of Hawai‘i.”