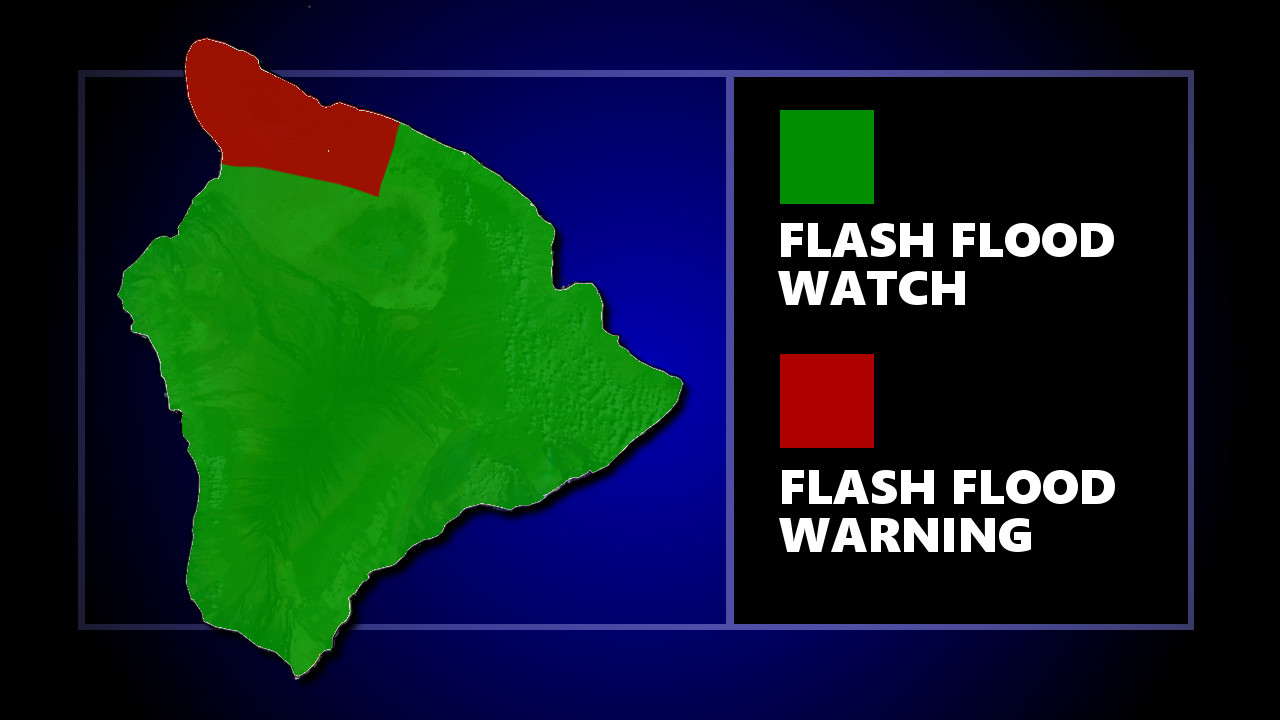 HAWAII ISLAND - The most intense rainfall was from Waipio Valley to Honokaa with rates of around 4 inches per hour, the National Weather Service reported.

The National Weather Service in Honolulu has extended the Flood Advisory for the entire Big Island until 2:45 a.m. HST.

“At 11:05 p.m. HST, radar indicated pockets of heavy rain just north Milolii, and along the Hamakua coast between Ookala and Waipio Valley, and east of Hawi,” forecasters wrote. “Rain was falling at a rate up to 2 inches per hour.”

UPDATE (8:48 p.m.) – The National Weather Service reports that – as per Hawaii County Civil Defense – flooding in Honokaa town caused some damage to a store and fire department crews were responding.

Rainfall over the Waipio Valley and Hamakua areas has been easing and the most intense rainfall is moving offshore.

The Flash Flood Warning for Kohala and Hamakua as well as the Flood Advisory for West Hawaii are no longer in effect.

(BIVN) (original post) – The National Weather Service in Honolulu has issued a Flash Flood Warning for the Kohala area of Hawaii Island, as a strong thunderstorm was impacting parts of Hamakua.

At 7:20 p.m. HST, forecasters said a strong thunderstorm was located over Kukuihaele, moving northeast at 5 to 10 mph. Winds in excess of 40 mph are possible with this storm, they reported.

“Frequent cloud to ground lightning is occurring with this storm,” the National Weather Service said. “Lightning can strike 10 miles away from a thunderstorm. Seek a safe shelter inside a building or vehicle.”

Also, radar indicated heavy rain along the windward slopes of the Kohala Mountains. “The most intense rainfall was from Waipio Valley to Honokaa with rates of around 4 inches per hour,” forecasters reported. “Heavy rainfall may continue along the Hamakua Coast for several hours.”