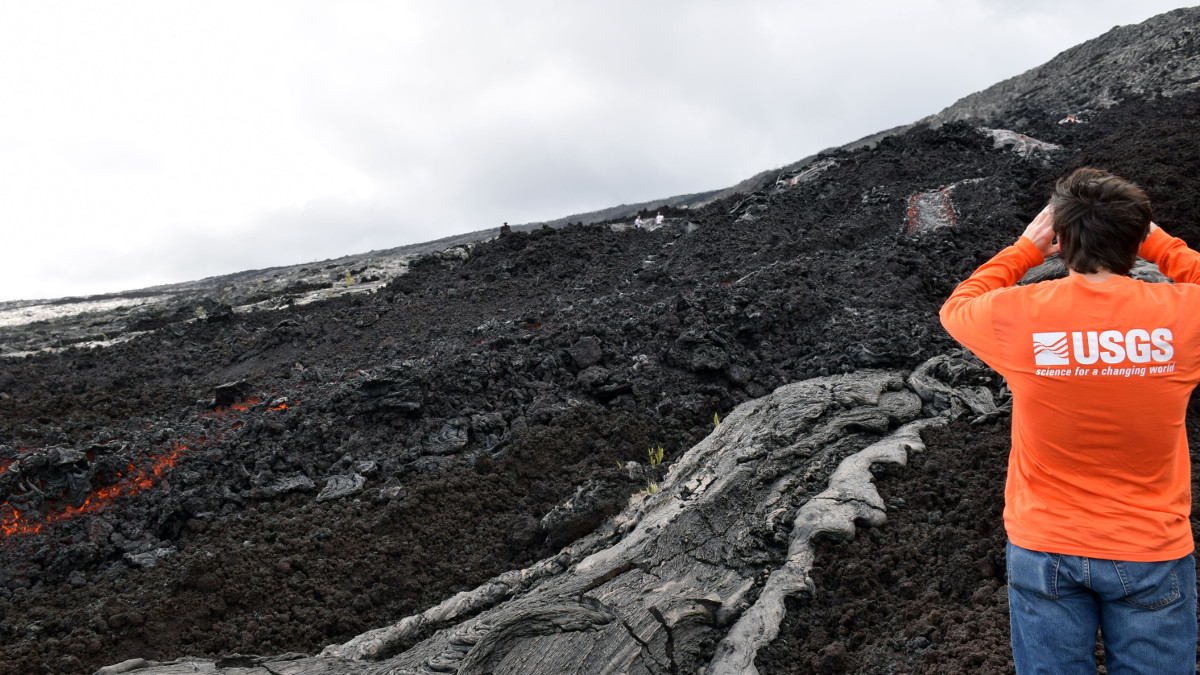 An HVO geologist documents a flowing ‘a‘ā channel that twists down the pali. (USGS)

Scientists Record Lava Flows Near Base Of Pali 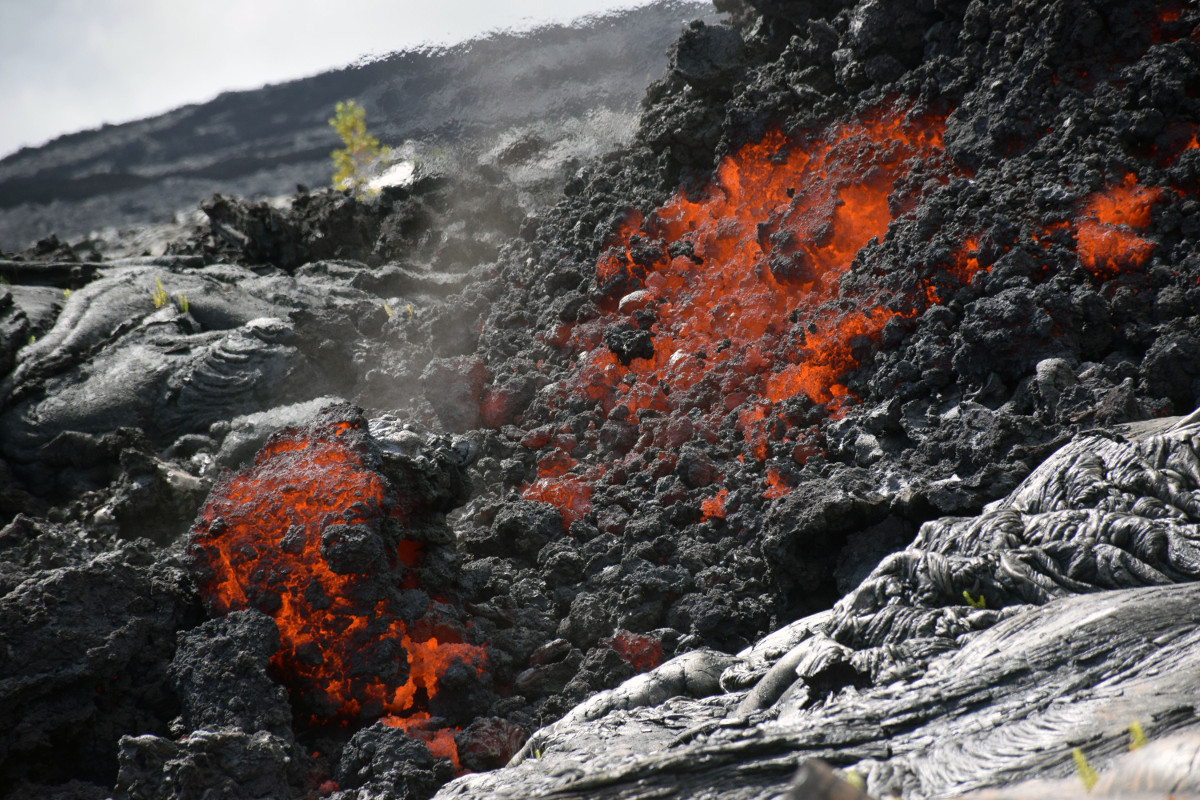 (USGS) A telephoto view of the front of an ‘a‘ā flow near the base of the pali, producing head shimmer in the center of the photo. Rubble from the flow rolls downhill, as the molten center slowly pushes forward.

(BIVN) – There is no lava flowing into the ocean, but there is plenty of activity on the episode 61g lava flow on the East Rift Zone of Kīlauea volcano.

Scientists with the USGS Hawaiian Volcano Observatory note continuing surface flow activity on the upper portion of the flow field and on Pulama pali. None of these flows poses any threat to nearby communities at this time.

The scientists recently posted new photos on the USGS website, documenting an impressive ‘a‘ā flow as it moves down the pali. 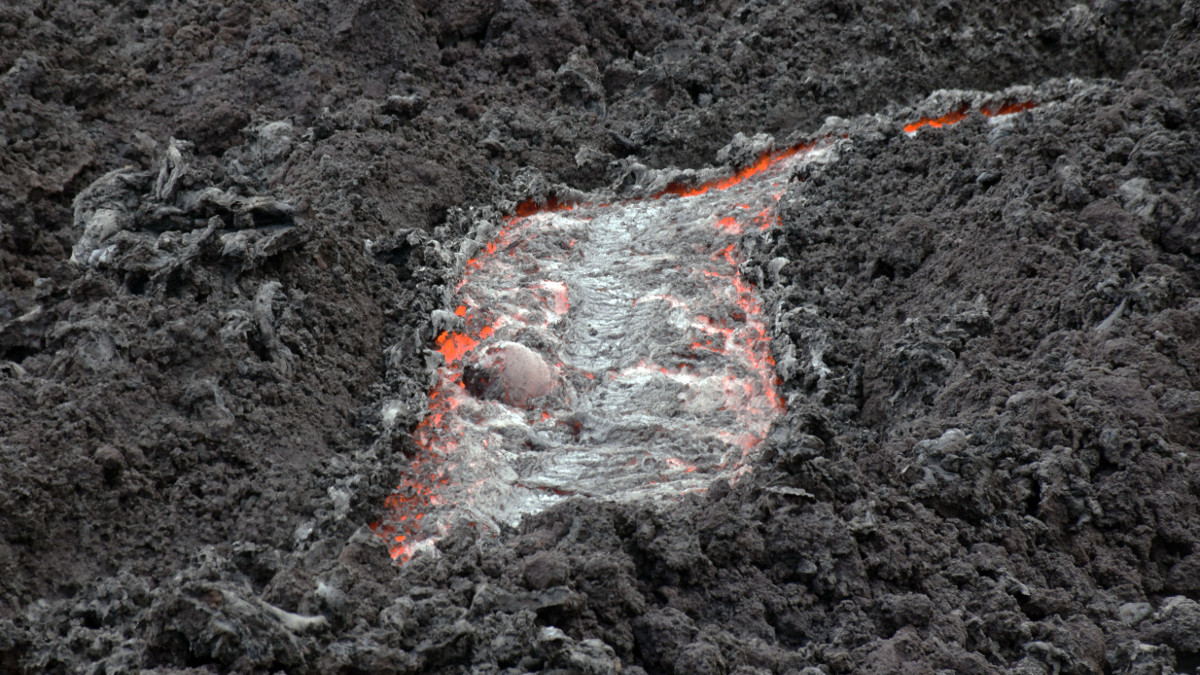 (USGS) A telephoto image of a section of one of the smaller ‘a‘ā channels which is roughly 1 m (yard) wide. The channel feeds the slow-moving, rubbly front as it pushes forward. A small accretionary lava ball travels down the lava channel.

The closest active breakouts that geologists could find, were scattered pāhoehoe breakouts approximately 3.3 km (2.1 miles) from the emergency road. This section of the pali is one of several that have had active breakouts and lava channels over the past few days. 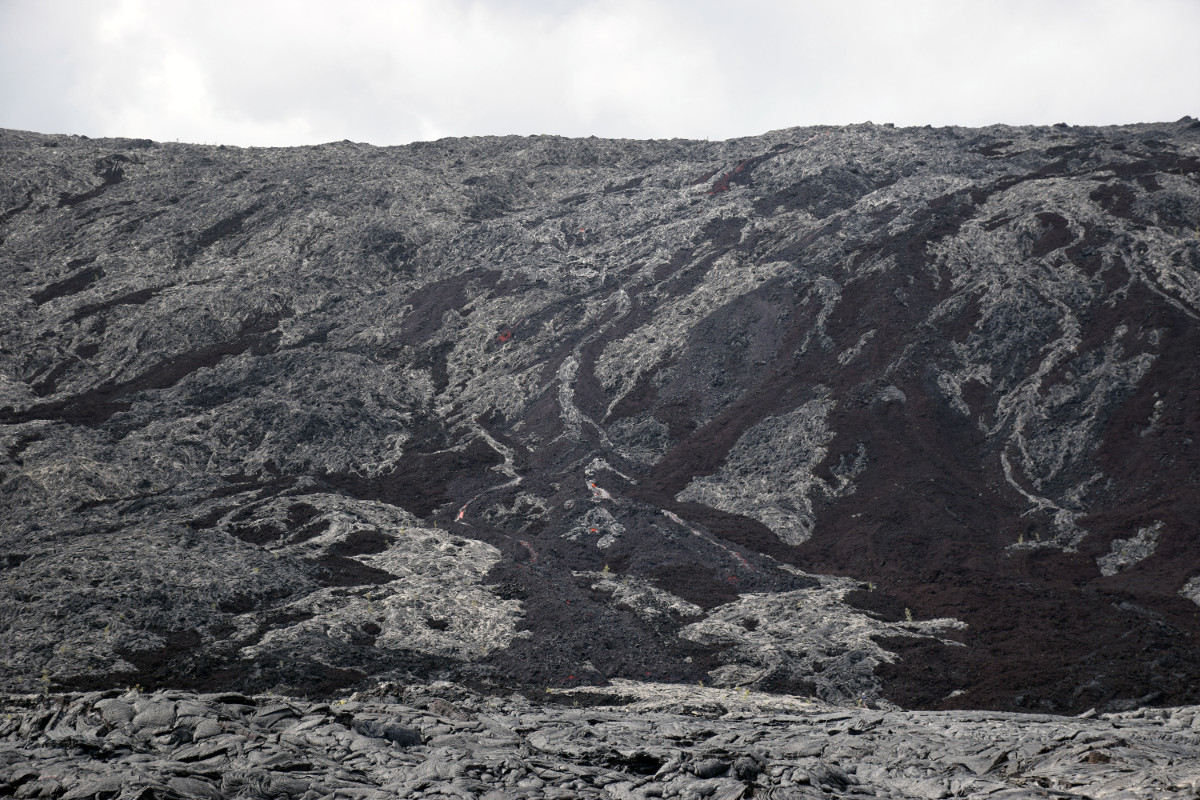 (USGS) A‘ā flowing down Pūlama pali in multiple small channels, with orange incandescence visible. Older ‘a‘ā that is more red-brown in color (right) predates the episode 61g flow, while the active ‘a‘ā (photo’s center) extends from the top to the base of the pali’s steeper section.