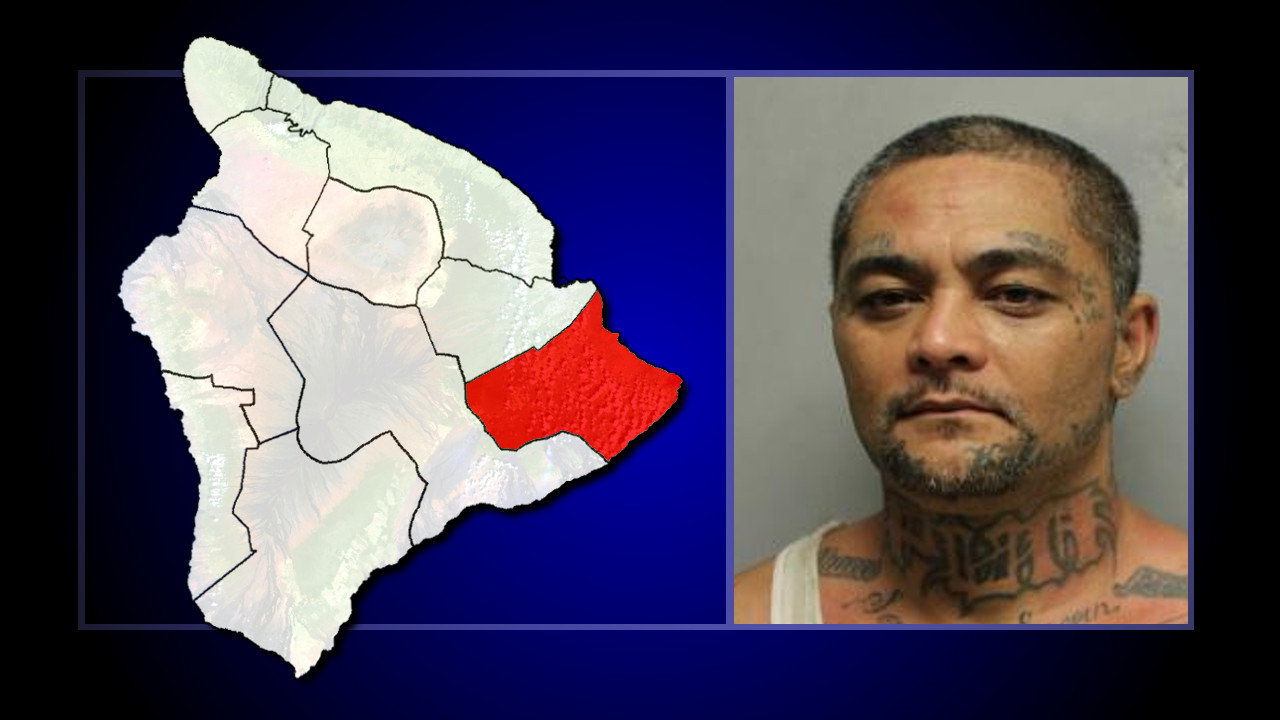 HAWAII ISLAND - Teodolfo Kaleo Pascubillo, wanted in connection with two separate incidents in Captain Cook, was taken into custody in Puna on Wednesday.

(BIVN) – A 38-year-old Big Island man has been located and arrested in connection with two separate domestic violence-related incidents.

Hawaiʻi Island police report that Teodolfo Kaleo Pascubillo was arrested by officers assigned to the Area I Special Enforcement Unit on Wednesday, (February 21), at 5:30 p.m., in the Ainaloa Subdivision of Puna.

Police say Pascubillo was later charged by Area II Juvenile Aid Section detectives with abuse of a family or household member, Assault in the first degree, and first degree terroristic threatening in connection with the two separate incidents reported in early November 2017, which occurred in the Captain Cook area of Kona.

Police asked for the public’s assistance in locating Pascubillo in January of this year, warning that the supsect was considered to be armed and dangerous.

Pascubillo is being held at the Hilo cellblock in lieu of $37,000 bail pending his initial court appearance in South Hilo District Court scheduled for this tomorrow, (February 23), police say.