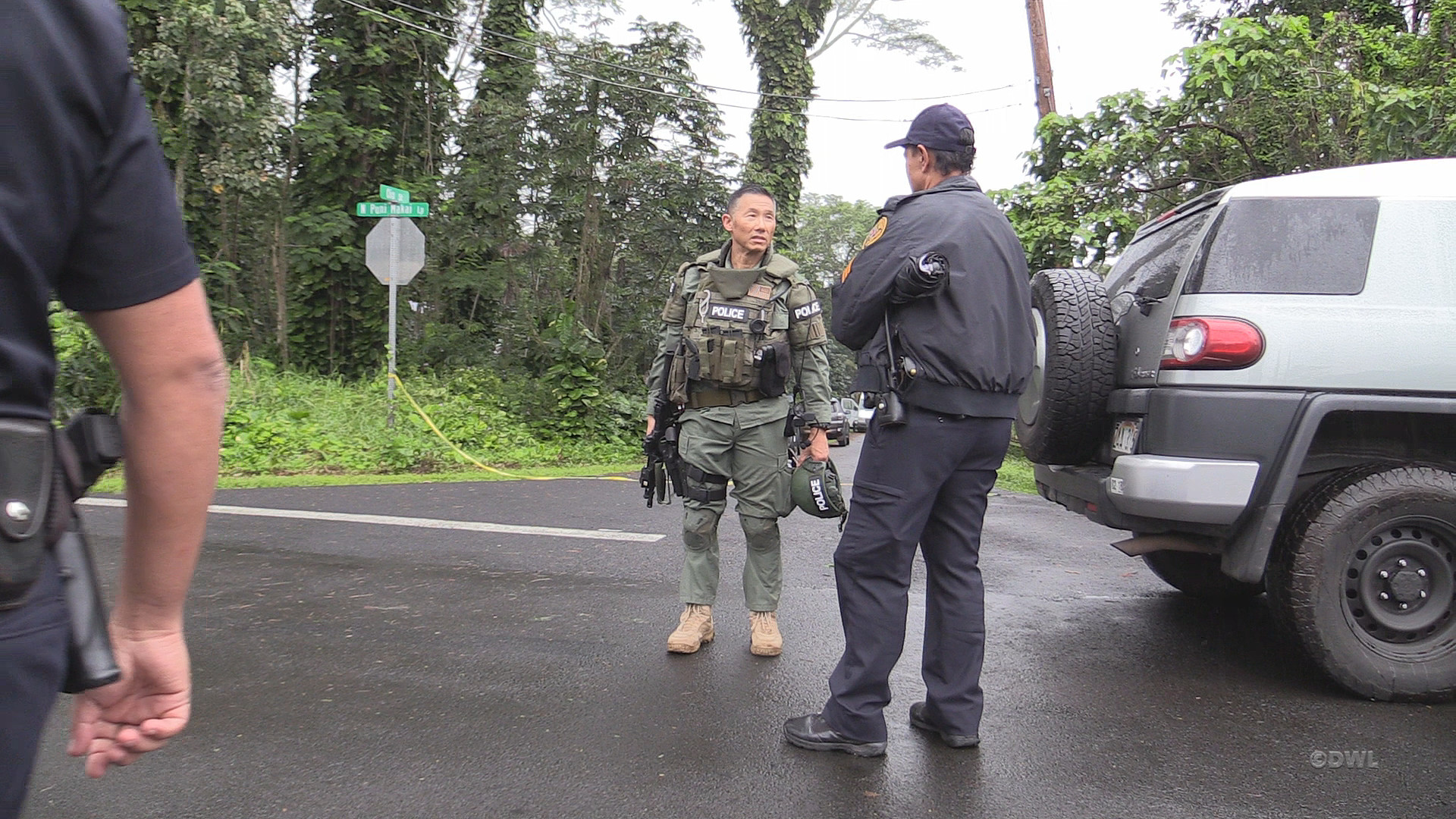 HAWAIIAN BEACHES - A police officer was shot in the Puna subdivision while investigating a reported assault on Oio Street. 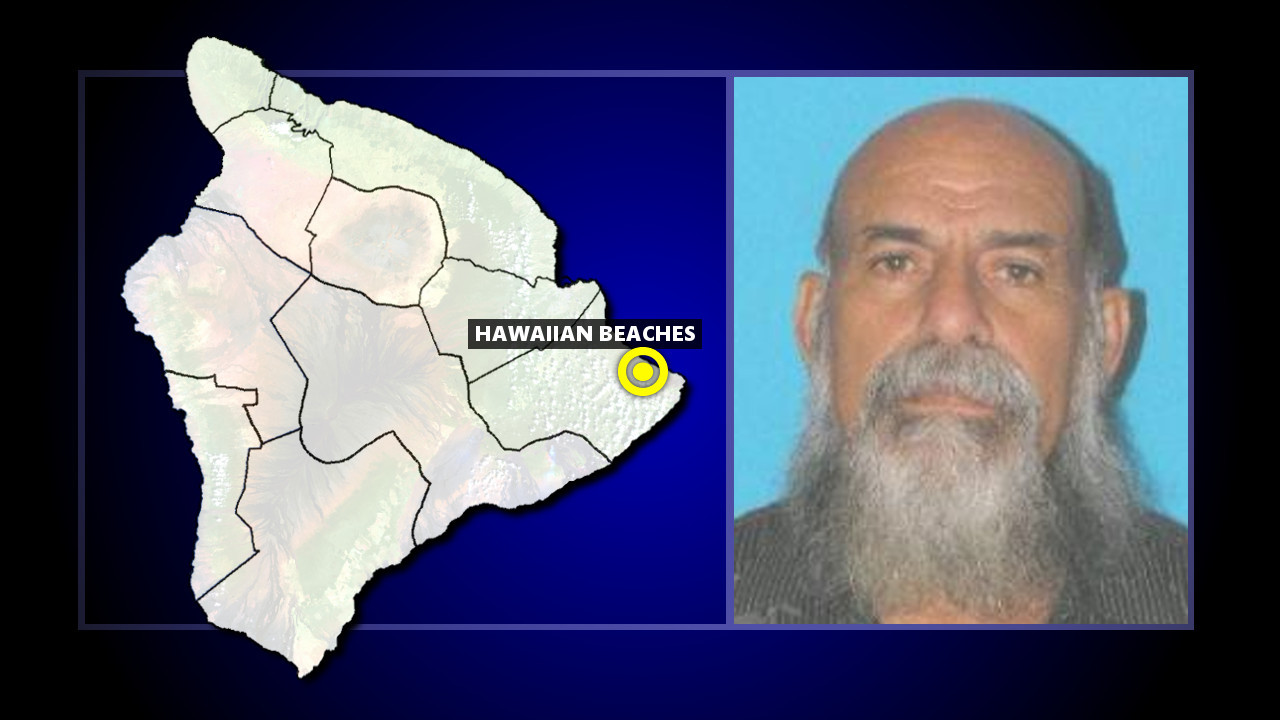 (BIVN) – A police officer was shot Wednesday night while investigating a reported assault in the Hawaiian Beaches subdivision in lower Puna.

Hawaiʻi County Police are investigating the incident as an attempted murder, after the officer was shot in the “lower extremities” on Oio Street. 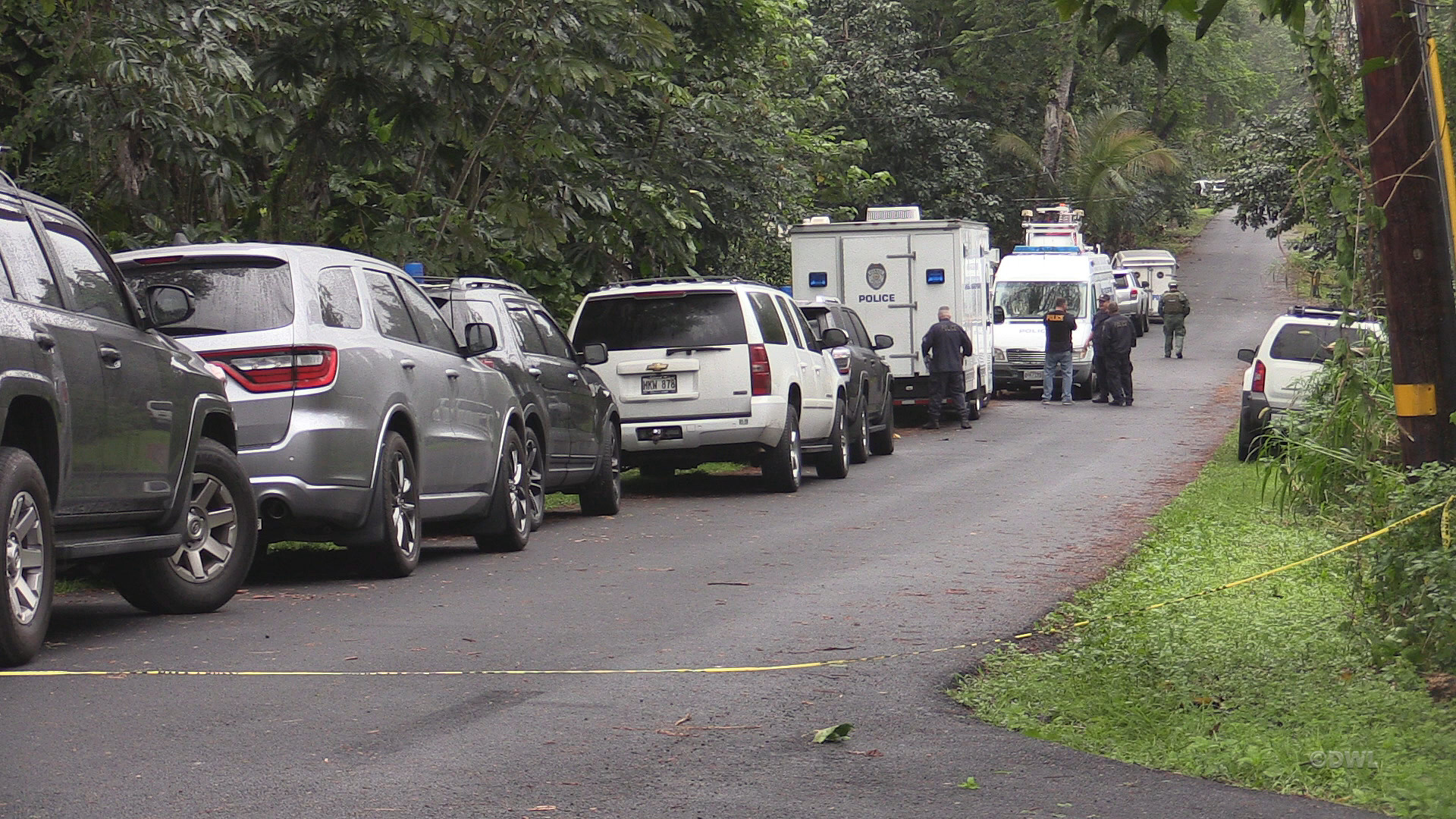 UPDATED (3:30 p.m.) -Police say they arrested 65-year-old Albert Puʻu of Pāhoa in connection with the attempted murder of the police officer. The Special Response Team located him in a shed behind his Oio Street residence in the Hawaiian Beaches Subdivision, police say. A firearm was reportedly recovered at the scene.

Puʻu was taken to the Hilo cellblock while investigators with the Area I Criminal Investigation Section continue the investigation.

Police reported in a media release issued earlier in the day on Thursday:

At 10:22 p.m., Wednesday evening, (February 21), officers were called to a reported assault on Oio Street. As officers approached the suspect’s residence, a man at the residence fired a single gunshot at police, striking an officer in the lower extremities.

That officer (a 2-year member of the department) was taken to the Hilo Medical Center where he remains in stable condition.

The department’s Special Response Team was on scene along with Crisis Negotiators who were attempting to communicate with the suspect.

The suspect was taken into custody at 7:00 a.m.

Police ask that the public avoid North Puni Makai Loop which is closed between Ono and Ohiki Streets as the investigation continues. 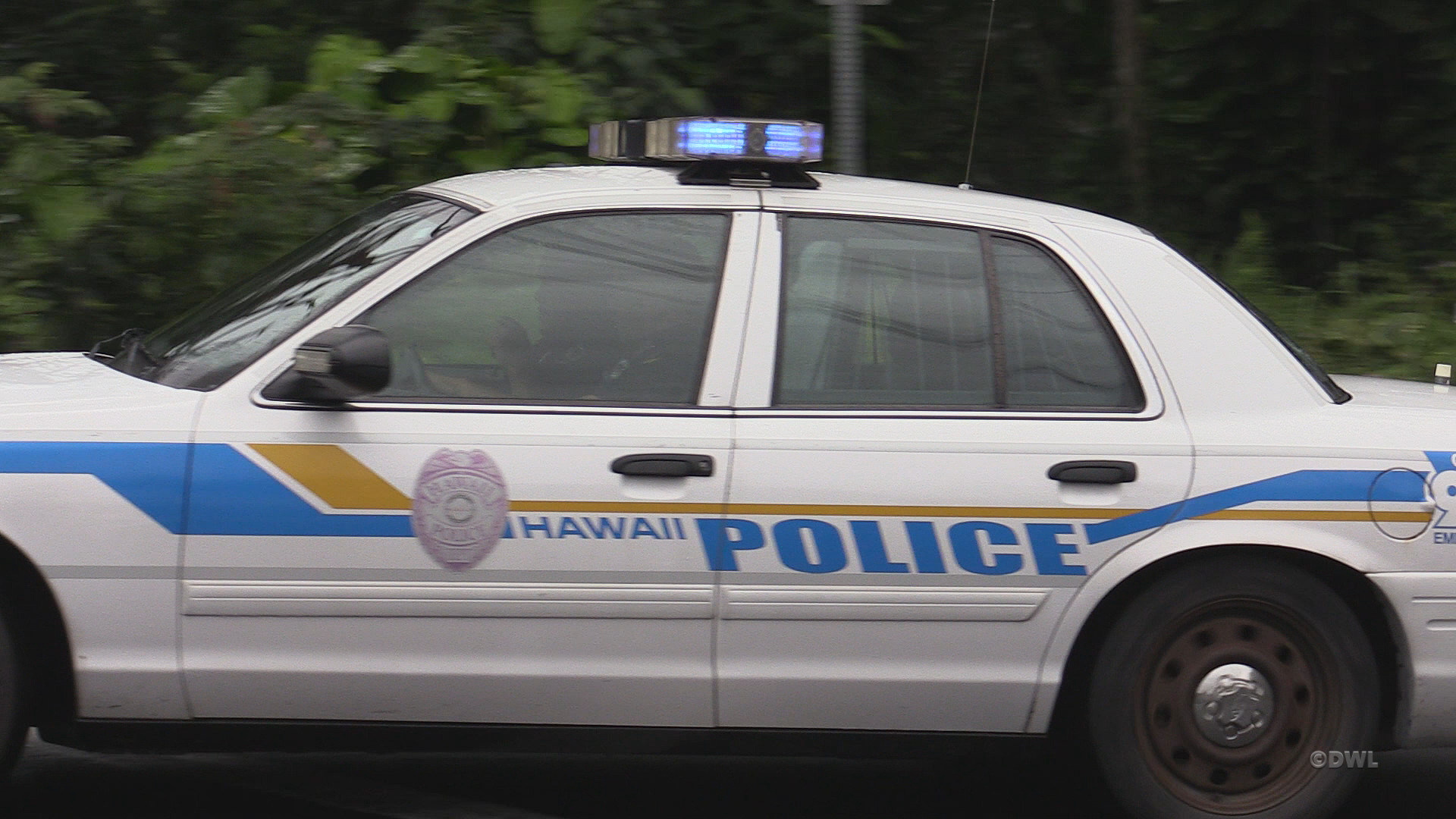 Suspect taken away in a police car, photo from video by Daryl Lee 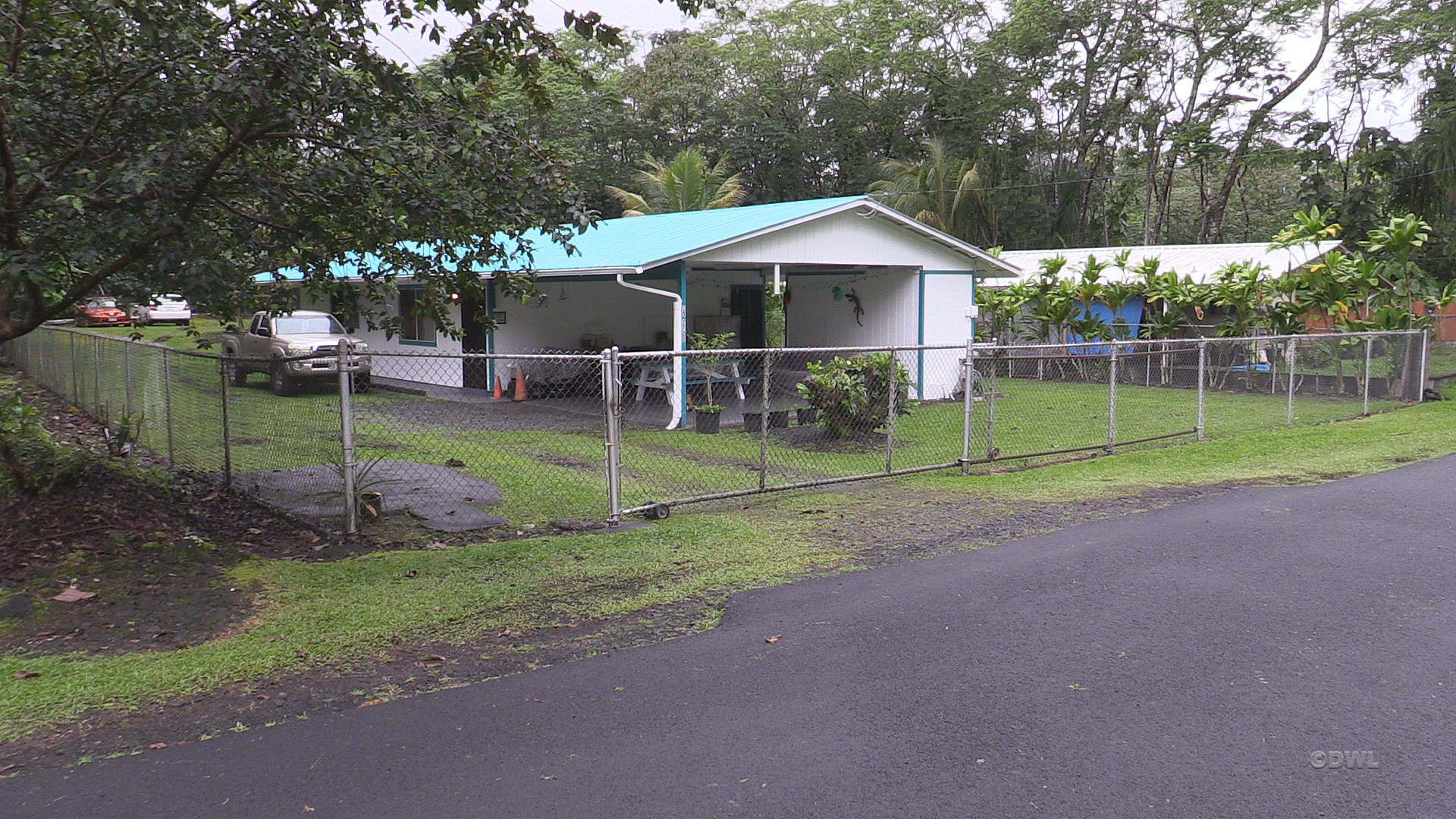 As is standard practice in any police-involved shooting, the Police Department’s Criminal Investigations Section will investigate the shooting, and the Office of Professional Standards will conduct an administrative investigation, police say. 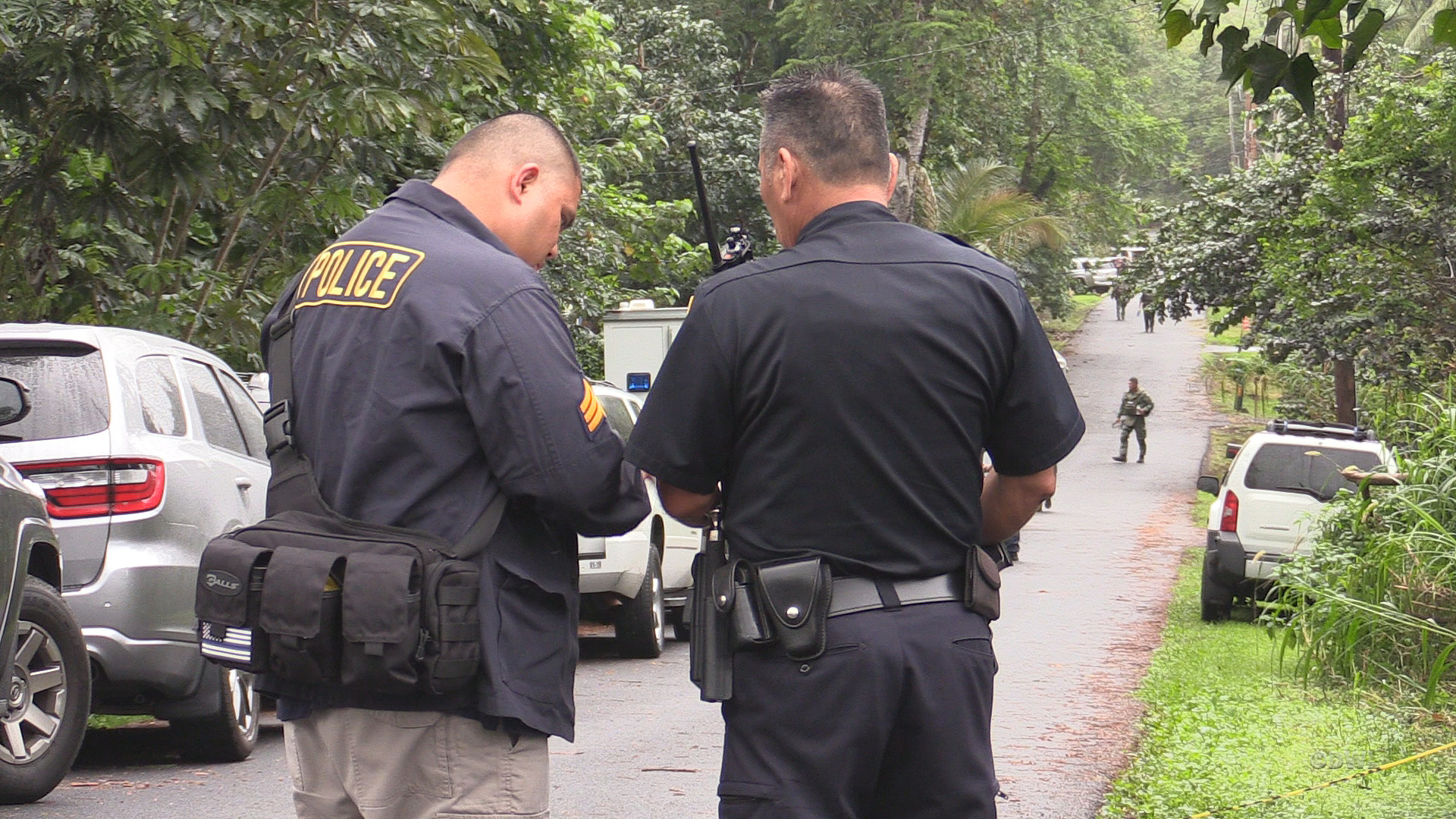