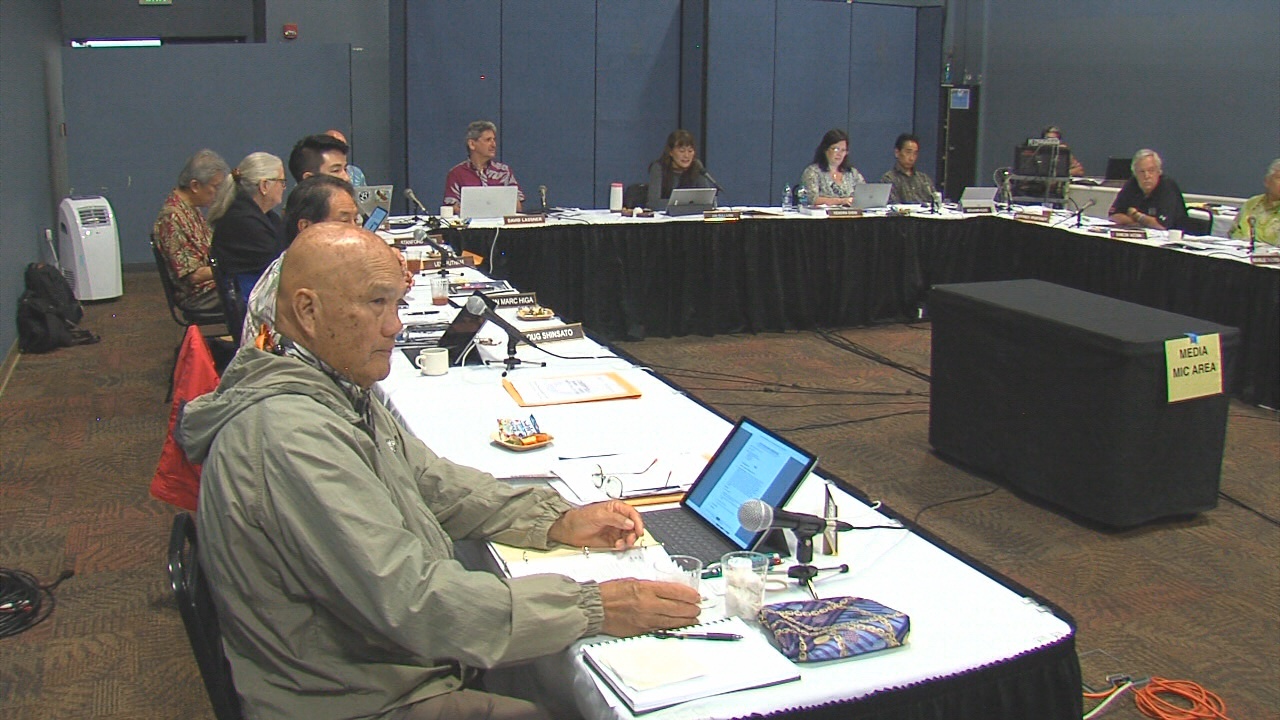 file image of current UH Board of Regents

HAWAII ISLAND - The names of Pete Hoffmann, Duane Kanuha, and Alapaki Nahale-a will next go the governor for his selection.

(BIVN) – Three candidates have been named as finalists to fill a 5-year appointment to one of two Hawaiʻi County seats on the University of Hawaiʻi Board of Regents.

The second Hawai‘i County Regent is Wayne Higaki. His term ends in 2021.

“The Candidate Advisory Council members thank all the individuals who applied for this seat on the Board of Regents. We are pleased to submit these names for consideration to the governor and the state senate,” said CAC chair Brigitte Yoshino.

The biographies of the three candidates were also shared: 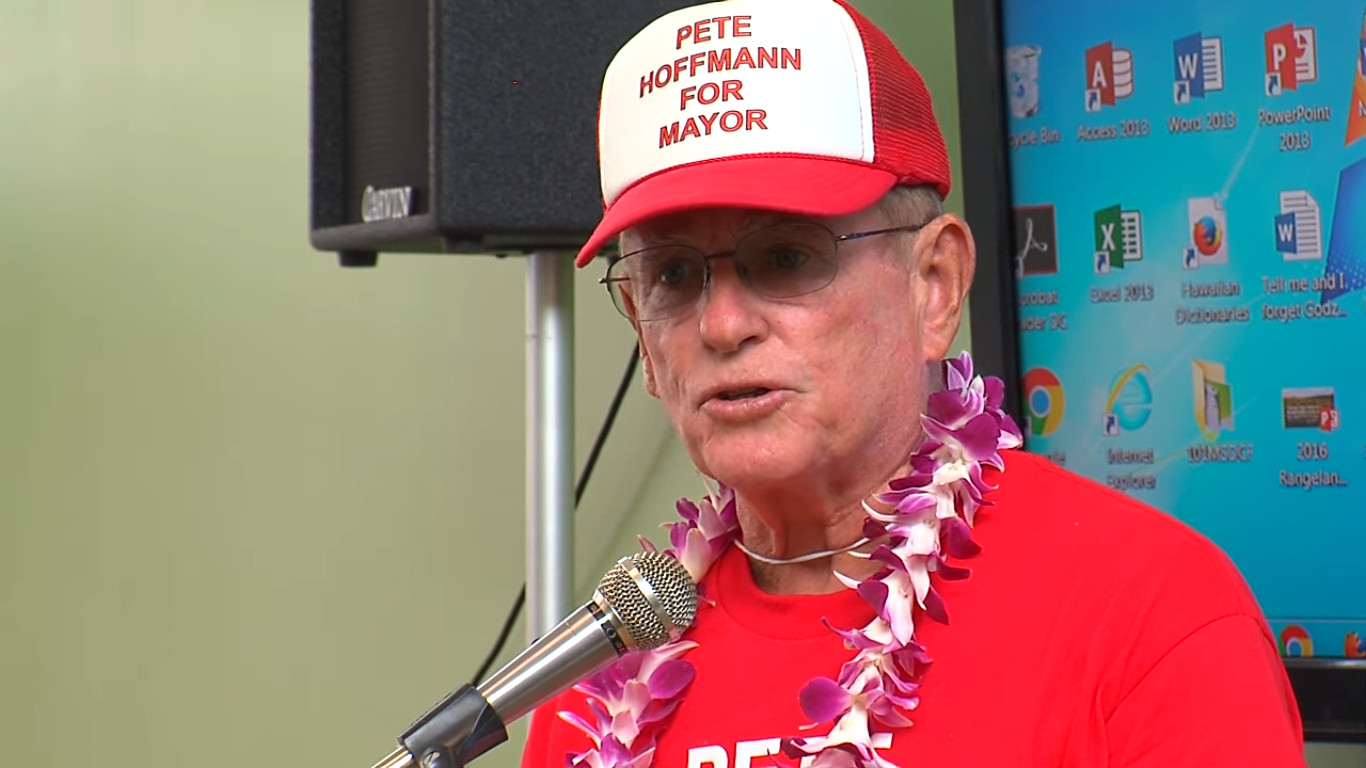 Pete Hoffmann, image from video from 2016.

1965-1993: Active duty, United States Army, Intelligence Branch. Retired in the rank of Colonel. Assignments included 25 months in Vietnam, two years in Chiangmai, Thailand assigned to an Intelligence collection unit, and four years in Hawaii ending with duty with the 25th Infantry Division. Further assignments include three years in Munich, Germany with an Army Intelligence Group, two years on the US Army staff in the Pentagon to include budget work with four Congressional committees on Capitol Hill, Commander of an Intelligence Battalion at Ft. Monmouth, NJ, Commander of a Recruiting Battalion in Boston, MA, Commander of the PW/MIA Team in Bangkok, Thailand and finally three years as US Defense Attache, in the US Embassy in Vienna, Austria.

1993-1996: Director of Mission Support for the Organization for Security and Cooperation in Europe (OSCE), a 55 nation conflict-prevention, preventive diplomacy organization headquartered in Vienna, Austria. Among other duties, provided personnel, logistical and budgetary support for ten diplomatic missions located in the former Soviet Union and for the first Bosnian elections in the summer of 1996.

2004-2012: elected four times as Hawaii County Councilman for the Kohala District, completing a total of eight years on the Council, serving two of these years as Council Chair as well as several months as Vice- Chair.

COMMUNITY SERVICE: currently serves on the Board of Directors for the West Hawaii Community Health Center, is a substitute teacher at the Waikoloa Elementary and Middle School and serves on the school board, serves on the Stewardship and Development Commission for the Catholic Diocese of Honolulu as well as participating in several other community and parish activities. Previously served four years on the Board of Directors for the Kamuela Philharmonic Orchestra, served eleven years as co-Chair of the Hawaii County Food Basket’s Golf Tournament, served ten years as the President of the Waikoloa Senior Center, and seven months on the University of Hawaii Board of Regents.

Honored as the 2013 male recipient of the Outstanding Older American award for the County of Hawaii. 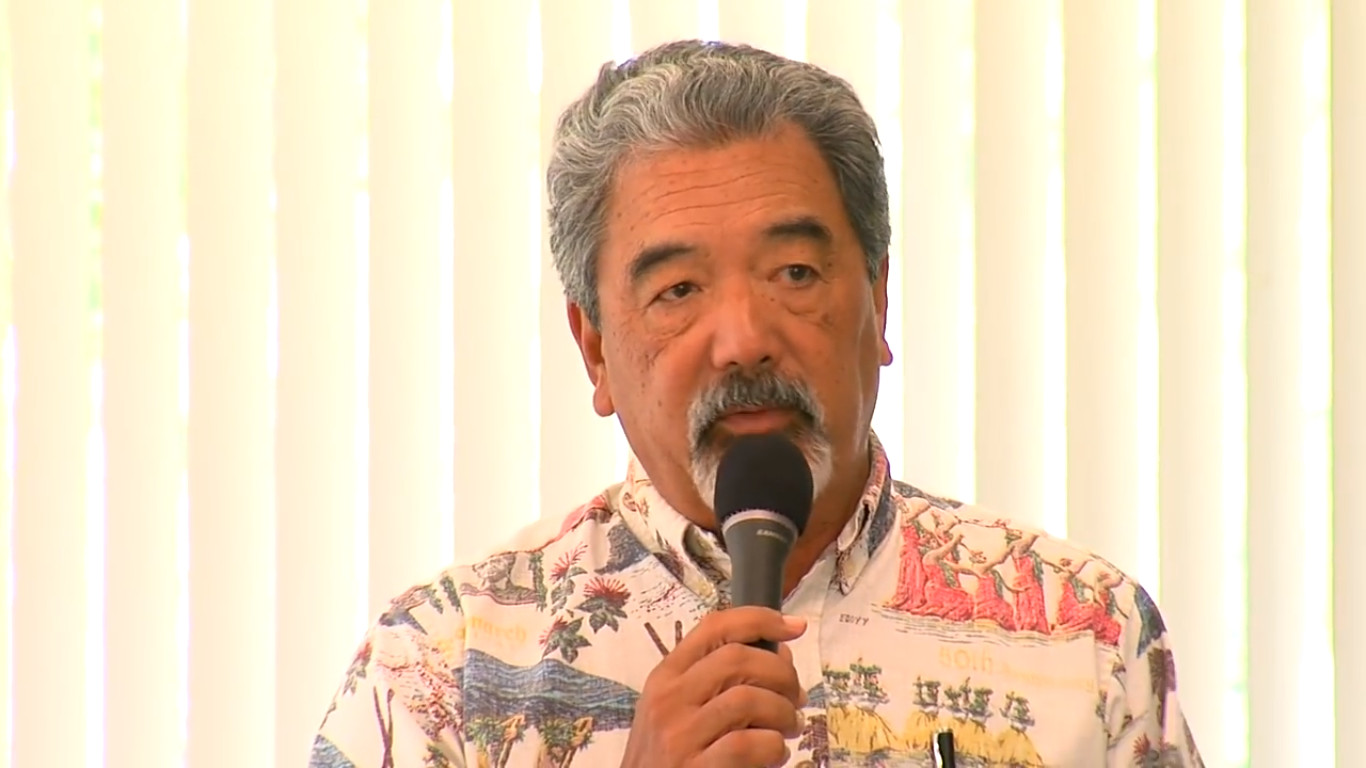 Duane Kanuha, image from video from 2016.

Born, raised and educated in Hawai’i, Mr. Kanuha has been a land use and planning professional in both the public and private sectors for more than 40 years.

He also served as Assistant Land Agent for the State Department of Land and Natural Resources, Land Management Division, and in 2005, was appointed to the State Land Use Commission as the Hawai’i island commissioner. Mr. Kanuha Chaired the Commission from 2008 to 2009.

Mr. Kanuha spent more than 20 years, between 1990 and 2013, in various senior and corporate management roles in the private sector. He was appointed Land Director for the former 25,000 acre Hamakua Sugar Company and in 1992, joined Chalon International of Hawai’i as Vice President for Strategic Planning and Governmental Affairs. Chalon International of Hawai’i (currently Surety Kohala Corporation, Inc.) had acquired the 27,000 acre assets of the former Kohala Sugar Company in addition to other company holdings in Japan and California.

Over the years, Mr. Kanuha assumed other corporate management roles in and related to the company, including formation of Kohala Aina Partners, as managing member for Kohala Preserve Conservation Trust; and as Executive Vice President of Kohala Investment Works LLC, formed to acquire and manage real estate holdings in Hawai’i and Napa Valley, CA. as well as consult on various projects in Bali, Singapore, and Japan.

Mr. Kanuha is a past member of the Hawai’i Leeward Planning Conference, the State Na Ala Hele Advisory Council, Urban Land Institute (ULI), and the National Association for Interpretation. He has served on the board of directors for the American Lung Association, Na Kalai Wa’a Moku O Hawai’i, and the Hawai’i Islands Land Trust (HILT) among others. 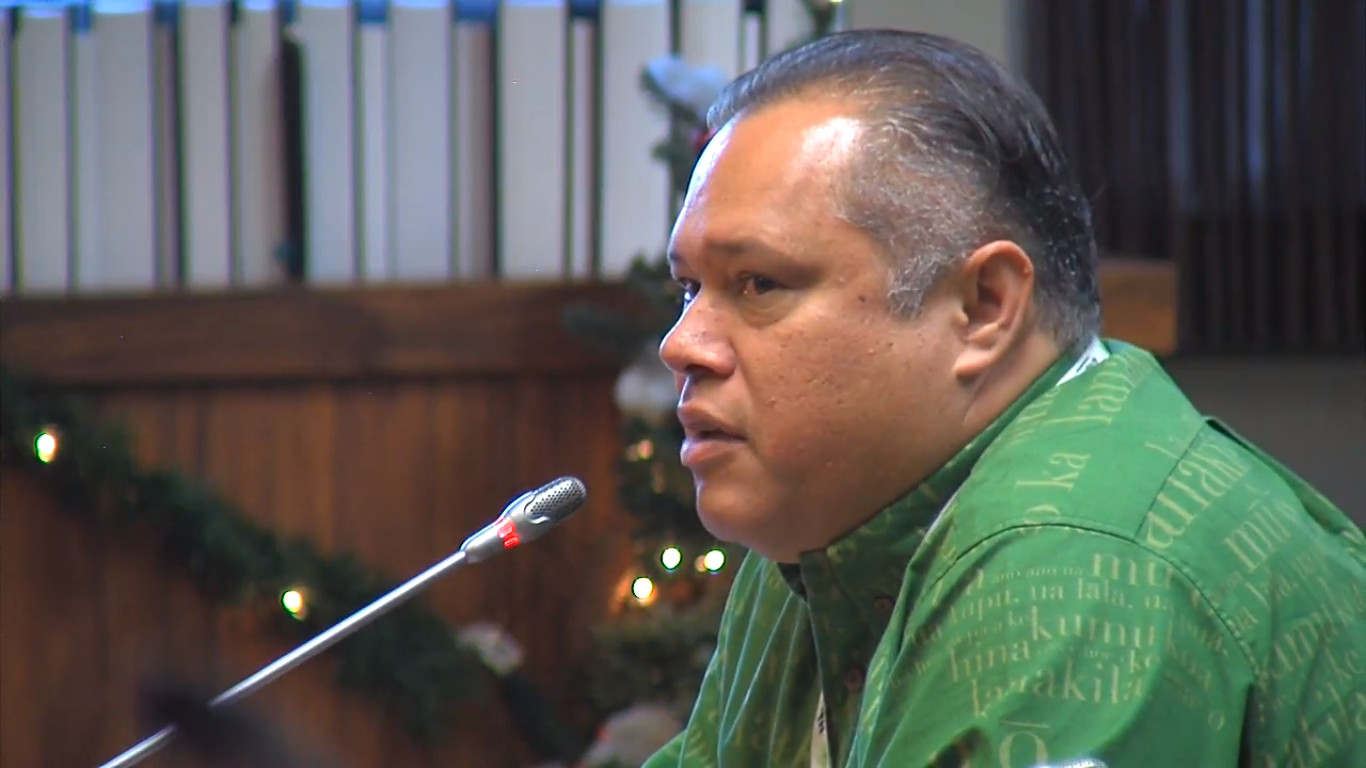 Alapaki Nahale-a, image from video from 2018.

Alapaki Nahale-a was born and raised in Hilo, Hawaii. He is a 1986 graduate of Kamehameha Schools and holds a bachelor’s degree in political science from the University of Pennsylvania.

Currently, Alapaki serves as Kamehameha School’s Senior Director of Community Engagement and Resources for Hawai‘i island. In that position, he works to connect programs, services, lands and resources with communities KS interacts with and helps support.

The father of four, Alapaki and his wife Kahele reside in Pepe‘ekeo, East Hawai‘i with their two youngest children.