HILO, Hawaii - Executive director Ka’iu Kimura welcomed the University of Hawaii Board of Regents to the ‘Imiloa Astronomy Center for a special meeting held just a few days before. 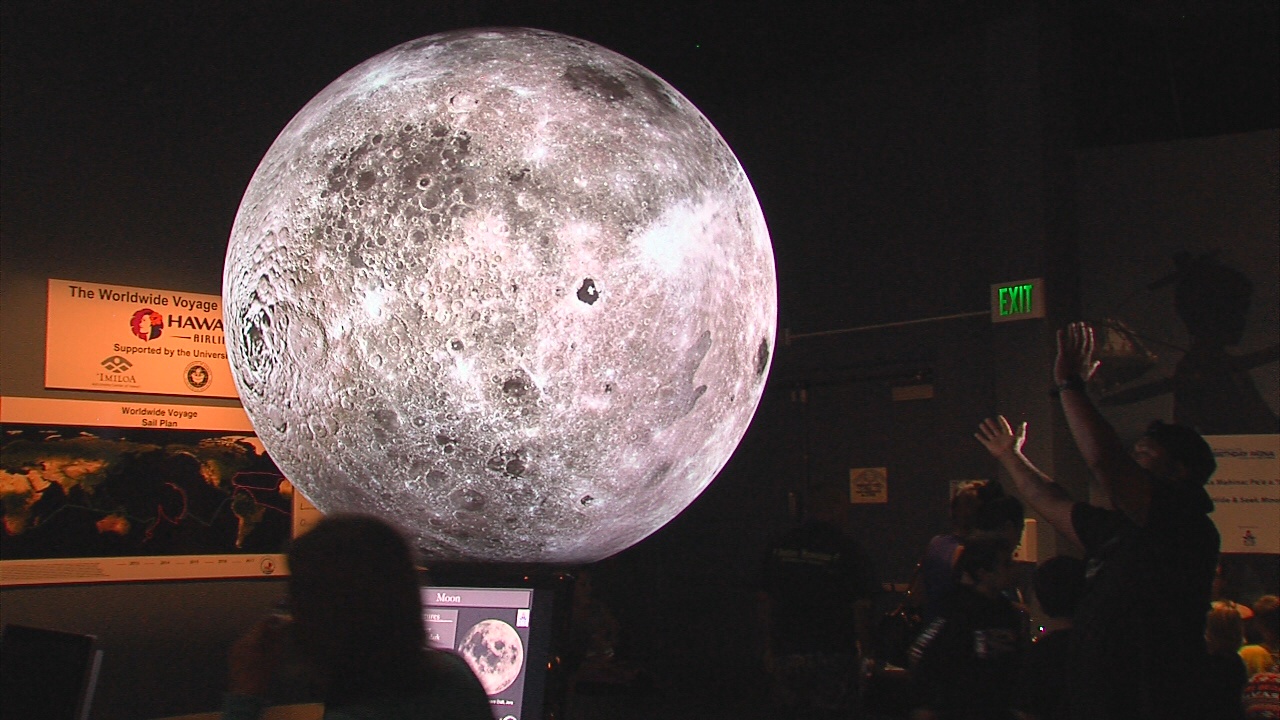 The moon on display in the ‘Imiloa Astronomy Center exhibit hall

(BIVN) – ‘Imiloa Astronomy Center invited the community to its free, 12th birthday pā‘ina on Sunday, February 25, with the theme of celebrating ‘Ōlelo Hawai‘i.

Executive director Ka’iu Kimura welcomed the University of Hawaii Board of Regents to the ‘Imiloa Astronomy Center for a special meeting held just a few days before.

“In 2001, I was hired as the curriculum specialist at the very inception of (‘Imiloa) to assist the university in its attempt to bring about collaboration between the cultural and scientific communities of this island,” Kimura told the board. “But in all honesty, it was hardly a collaboration. In those early years, it was a struggle.”

“We endured great challenges as two distinct worldviews literally collided,” Kimura said. “In the beginning, Hawaiian values were relegated to being the pretty pictures on the wall and the lei greeter at the door. And whereas nothing is wrong with those elements, our Hawaiian knowledge and values are way deeper than that.”

“After five years of intense struggle, however, I am proud to say that we officially opened our doors on February 20, 2006 as the first museum anywhere in the world committed to presenting modern science within the framework and language of an indigenous culture. We had shifted from struggle, to superficial collaboration, to integration and even co-creation. A tangible evidence of this was the invention of 200 new Hawaiian words to explain modern astronomical discoveries,” Kimura said.

“Today, 12 years after opening and having served over 1 million people through interactive exhibits, planetarium productions, engaging educational programs and both local and international partnerships, we see yet again challenges and divisiveness surrounding Maunakea,” Kimura told the Regents, who had gathered to hold a special meeting on Mauna Kea. “I know this divisiveness firsthand. I’ve lived through it, through the creation of this Center. And yet I’ve also seen and experienced the resolution and transformation that can emerge on the other side.”