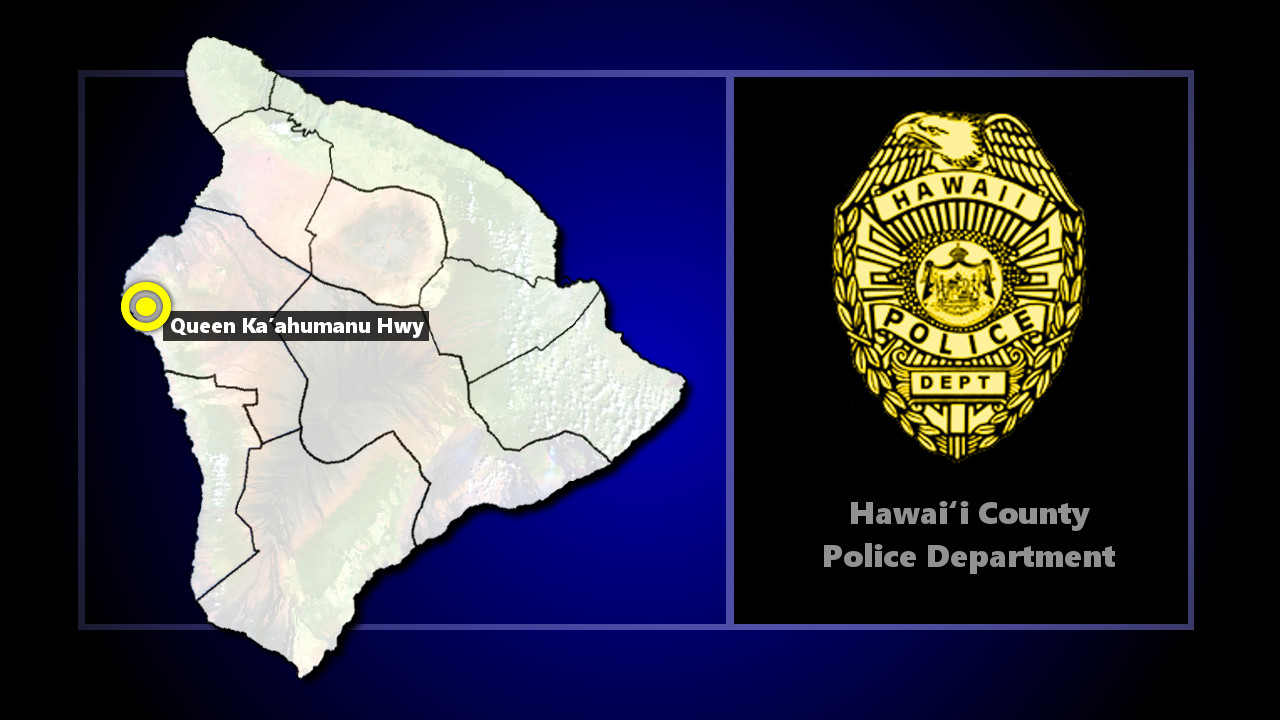 UPDATE (1:50 p.m.) – A 50-year-old Kailua-Kona who man died following a single-vehicle crash this morning on Queen Ka’ahumanu Highway has been identified by police as Peter Sigrah of Kailua-Kona.

(BIVN) – A 50-year-old Kailua-Kona man who was walking on Queen Ka’ahumanu Highway was hit by a car and died Thursday morning. The single-vehicle crash occurred at the intersection of Kaloko-Honokohau National Historical Park in Kailua-Kona.

The man has not been positively identified at this time, police say.

A media release was issued Thursday, following the incident which triggered road closures on the busy Kona highway during the morning commute:

Responding to a 5:50 a.m. call, police determined that a 2006 Ford F-450 operated by a 64-year-old Kamuela man had been traveling south on Queen Ka’ahumanu Highway at the intersection with Kaloko-Honokohau National Historical Park when it was involved in a collision with a pedestrian who had been walking within the southbound lane.

The male pedestrian sustained critical injuries from the collision and was transported to the Kona Community Hospital where he was later pronounced dead at 10:00 a.m. An autopsy has been ordered to determine the exact cause of death.

Police do not believe that speed and alcohol were a factor in the crash. Officers from the Traffic Enforcement Unit have initiated a Negligent Homicide investigation and are asking for anyone who may have witnessed the crash to call Officer Kimo Keliipaakaua at (808) 326-4646, ext. 229.

This is the fifth traffic fatality this year compared with four at this time last year, police report.