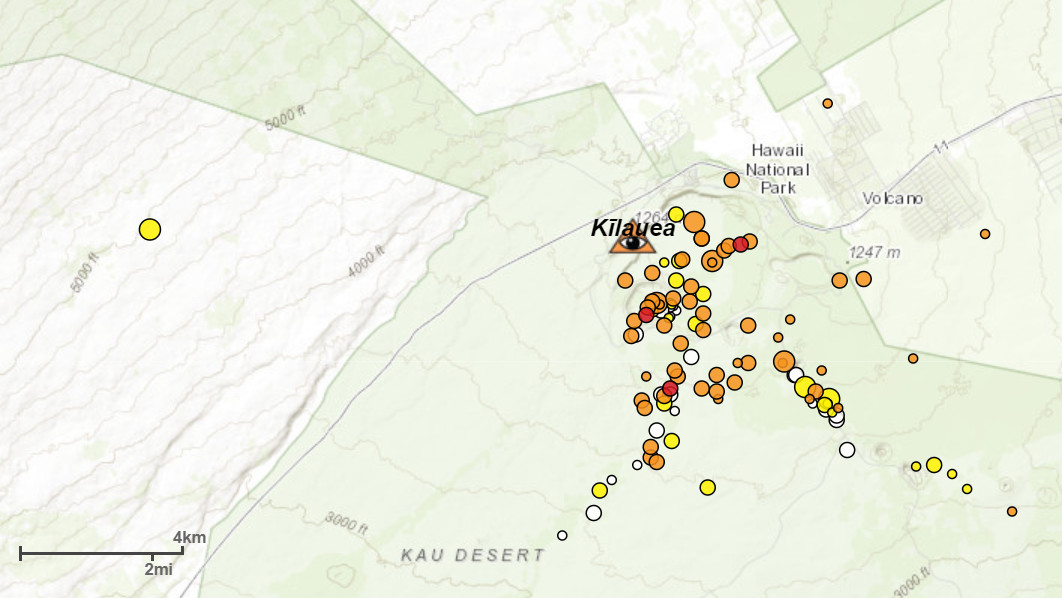 HAWAII VOLCANOES NATIONAL PARK - On Tuesday, scientists measured the level of the Kīlauea summit lava lake at 74 ft. below the floor, but it dropped on Wednesday. 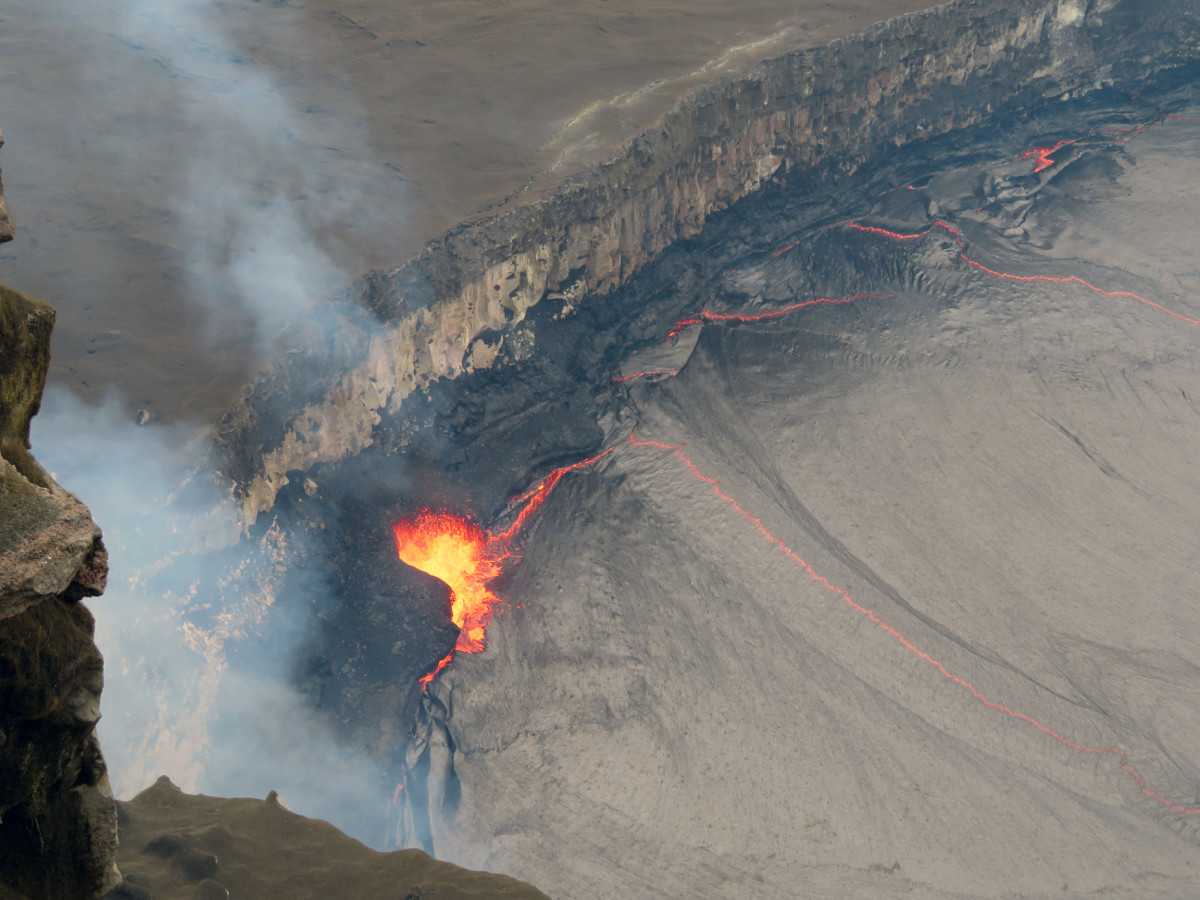 (USGS) A photo of the ledge that is building on Halema‘uma‘u lava lake’s southern ledge. Small collapses of the unstable ledge are also common.

On Tuesday, the USGS Hawaiian Volcano Observatory measured the level of the lava lake at 74 ft. below the floor, which meant excited visitors could catch a glimpse of lava spatter from the Jaggar Overlook inside Hawai‘i Volcanoes National Park.

The next day, the height of the summit lava lake fell to 102 ft. below the rim of the Overlook crater.

The USGS Volcano Monitoring Data at Kīlauea shows a series of colored circles around the summit, tracking the quakes that ocurred in the last two days (orange) or the last two hours (red). The map illustrates the “long-period earthquake” that scientists say began Tuesday night.

According to a USGS Volcano Hazards Program webpage:

Long-period (LP) or low-frequency (LF) earthquakes are caused by cracks resonating as magma and gases move toward the surface. They are often seen prior to volcanic eruptions, but their occurrence is also part of the normal background seismicity at some volcanoes and their occurrence does not necessarily indicate that an eruption is imminent. LF events can also be produced by non-magmatic processes, most notably glacier movement. 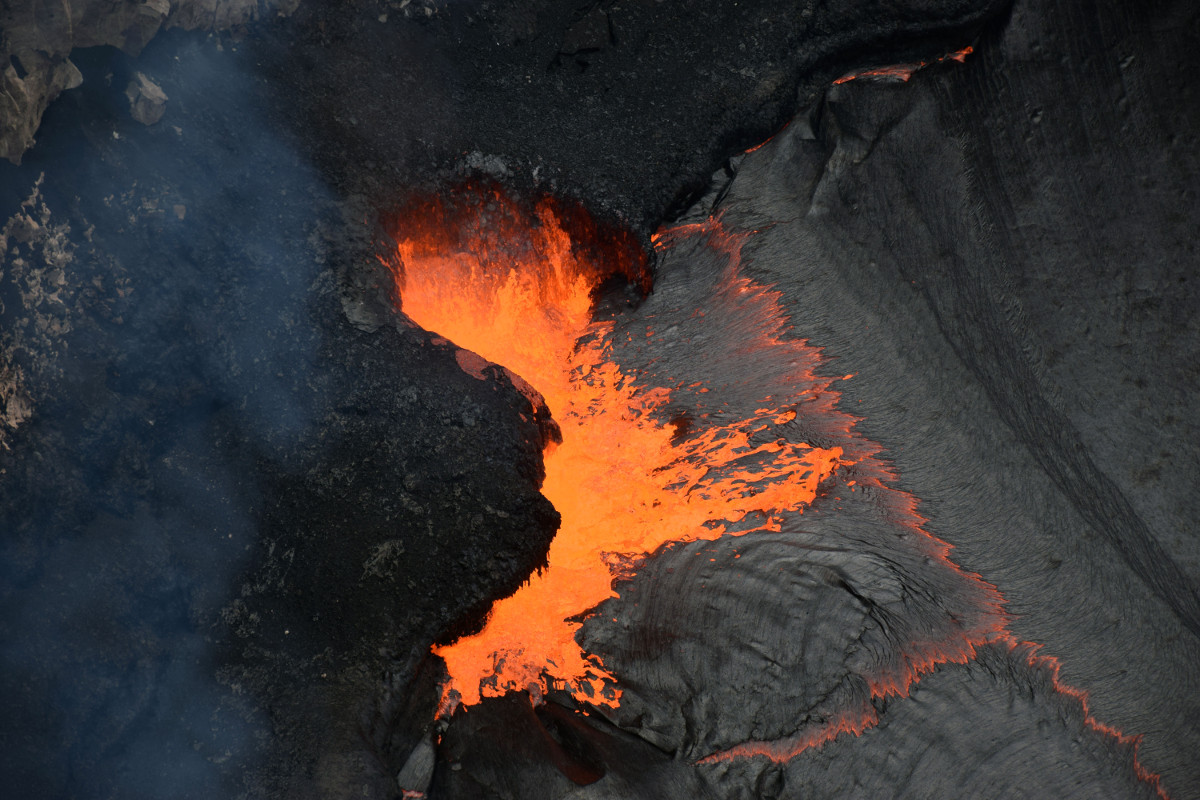