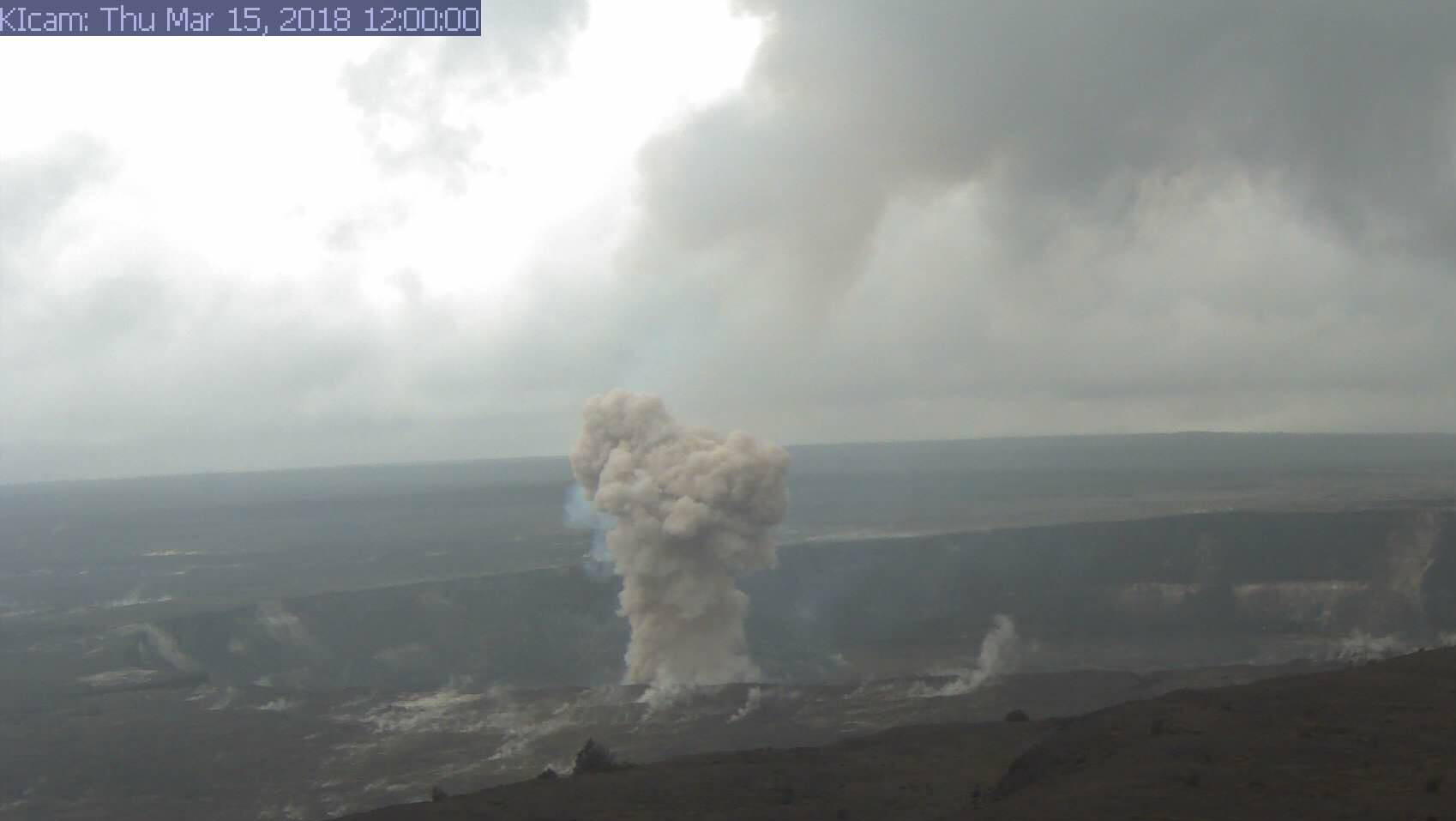 HAWAII VOLCANOES NATIONAL PARK, - A small rockfall on the north side of Kīlauea's Overlook crater triggered a small explosion in the lava lake on Thursday.

(BIVN) – Summit webcams captured striking images of a small rockfall and explosion at Kīlauea Volcano just before noon on Thursday, part of the ongoing summit eruption that is about to turn 10 years old; it began with an explosion in Halema‘uma‘u on March 19, 2008.

According to a USGS Hawaiian Volcano Observatory update on Thursday:

A small rockfall on the north side of the Overlook crater triggered a small explosion in the lava lake, sending a dark-colored ash plume skyward. Visitors who happened to be looking toward Halema‘uma‘u from the Jaggar Museum Overlook in Hawai‘i Volcanoes National Park witnessed the event, but were in no danger from it given their distant vantage point.

Seismicity in the summit area is within normal, background rates, with tremor fluctuations associated with lava lake spattering, scientists say. 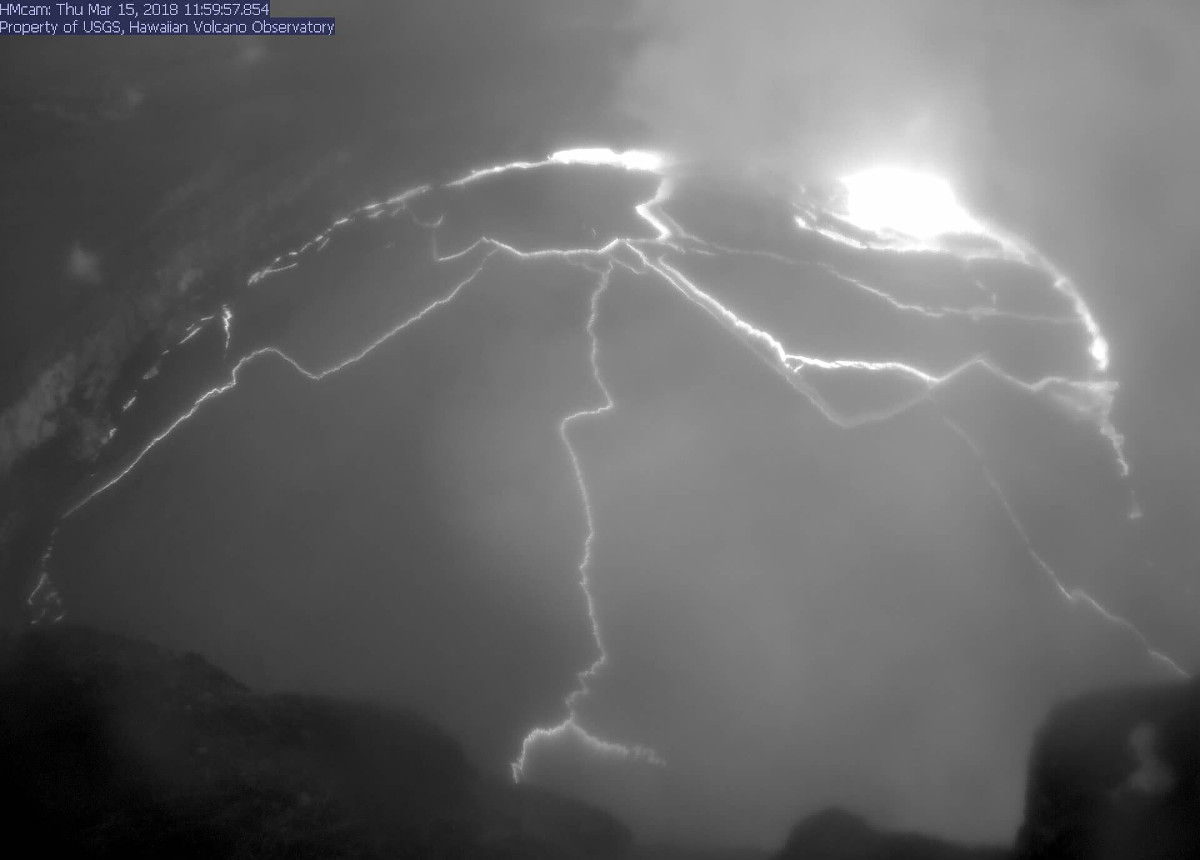