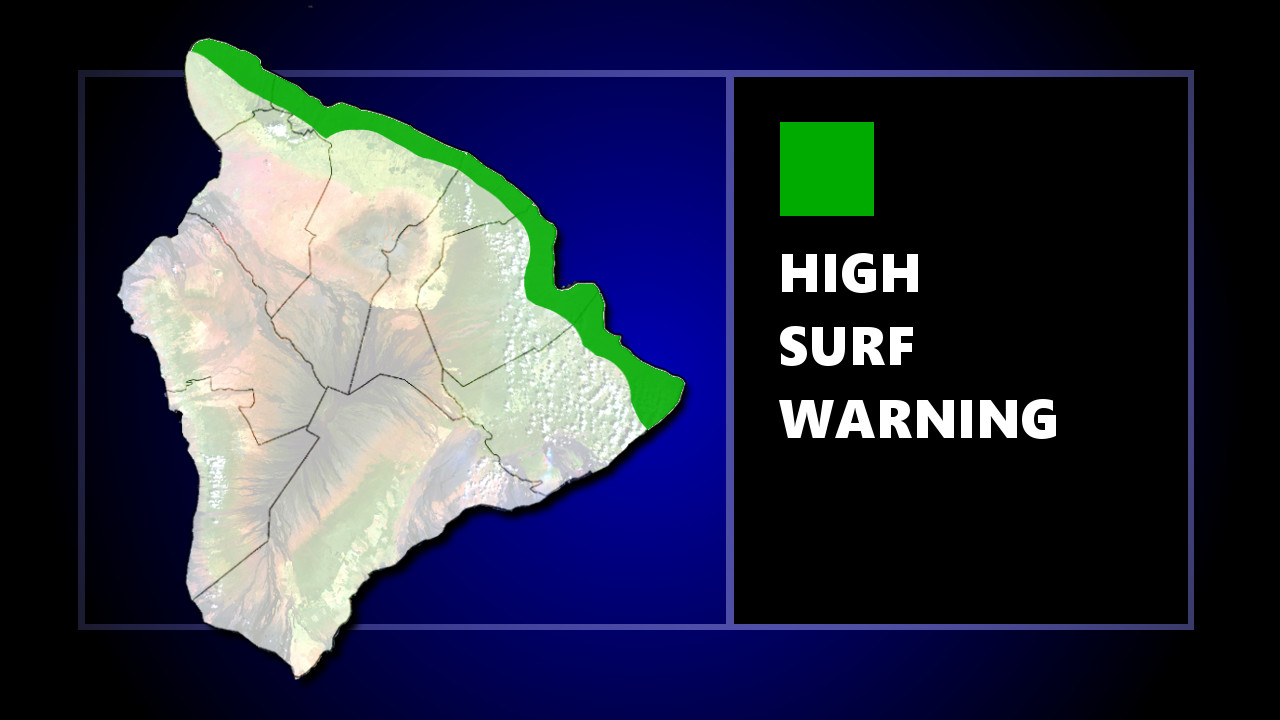 HAWAII ISLAND - The National Weather Service in Honolulu says surf heights along north and east facing shores will build to 20 to 25 feet, peaking on Wednesday.


UPDATE (March 21, 2018) – Hawaii Police Department reports Bayfront Highway in Hilo is closed in both directions due to the high surf.

(BIVN) – A High Surf Warning will go into effect starting at 6 a.m. Wednesday (March 21) and is expected to remain in place until 6 p.m. Thursday, forecasters say.

Hawai‘i County Civil Defense issued an audio alert on Tuesday, saying that the highest threat “will coincide with the high tides, which occur tomorrow at 5 a.m. and 6:30 p.m.”

Due to the High Surf Warning, the county says the following are in effect:

Expect ocean water surging and sweeping across beaches, coastal benches, and lava flows creating the potential for impacts to coastal properties and infrastructure, including roadways. Powerful longshore and rip currents will be present at most beaches. Large breaking waves and strong currents may impact harbor entrances and channels causing challenging boat handling, such as near Kahului and Hilo harbors.