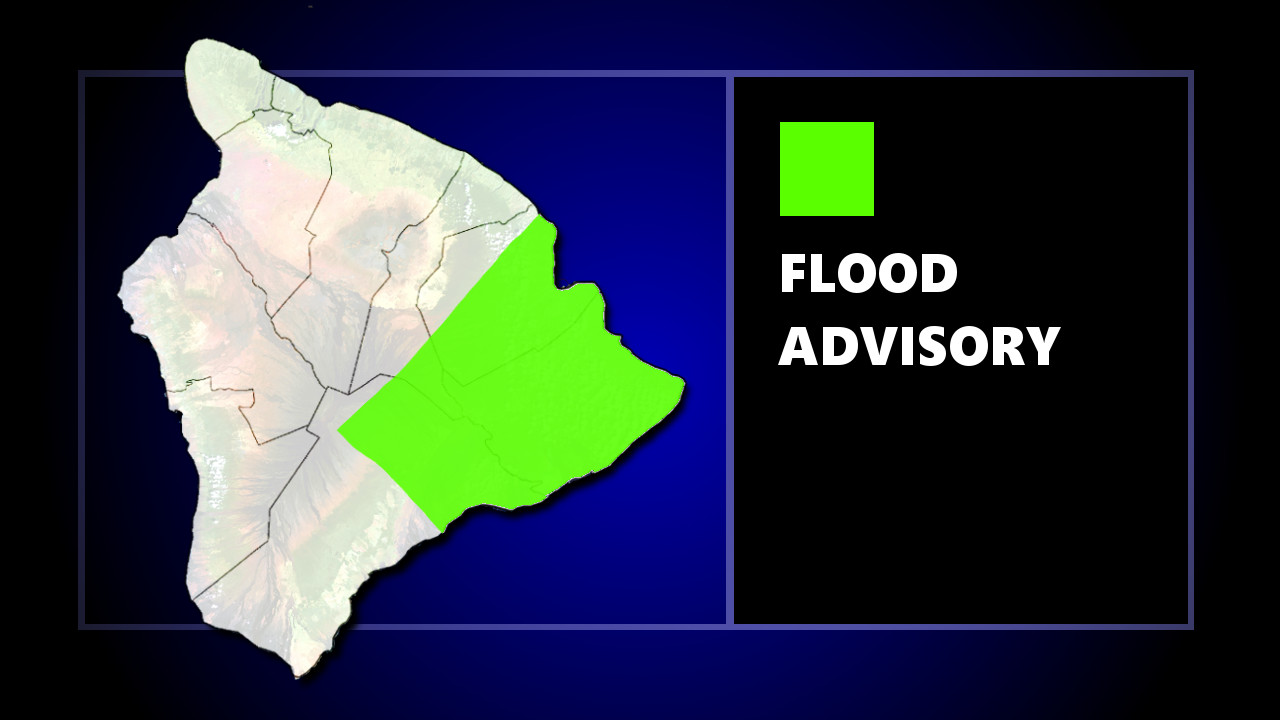 HAWAII ISLAND - This afternoon's radar showed the most intense rainfall was over Mountain View and Hawaiian Acres with rain rates 3 to 4 inches per hour.

(BIVN) – The National Weather Service in Honolulu has issued a Flood Advisory for the east-side of the Island of Hawai‘i until 5:15 p.m. HST.

“At 2:21 PM HST, radar showed heavy rainfall over the Puna and Kau Districts,” forecasters wrote. “The most intense rainfall was over Mountain View and Hawaiian Acres with rain rates 3 to 4 inches per hour. This rainfall was spreading eastward toward Ainaloa and Pahoa. Additional rainfall areas were developing to the west.”

“Winds in excess of 40 mph and pea size hail are possible with these storms,” the forecasters noted. “Frequent cloud to ground lightning is occurring with this storm. Lightning can strike 10 miles away from a thunderstorm. Seek a safe shelter inside a building or vehicle.”

Hawai‘i County Police report that all roads are open at this time. “Motorists in the affected areas are advised to exercise caution while driving. Road closures may occur without notice,” Hawai‘i County Civil Defense says.