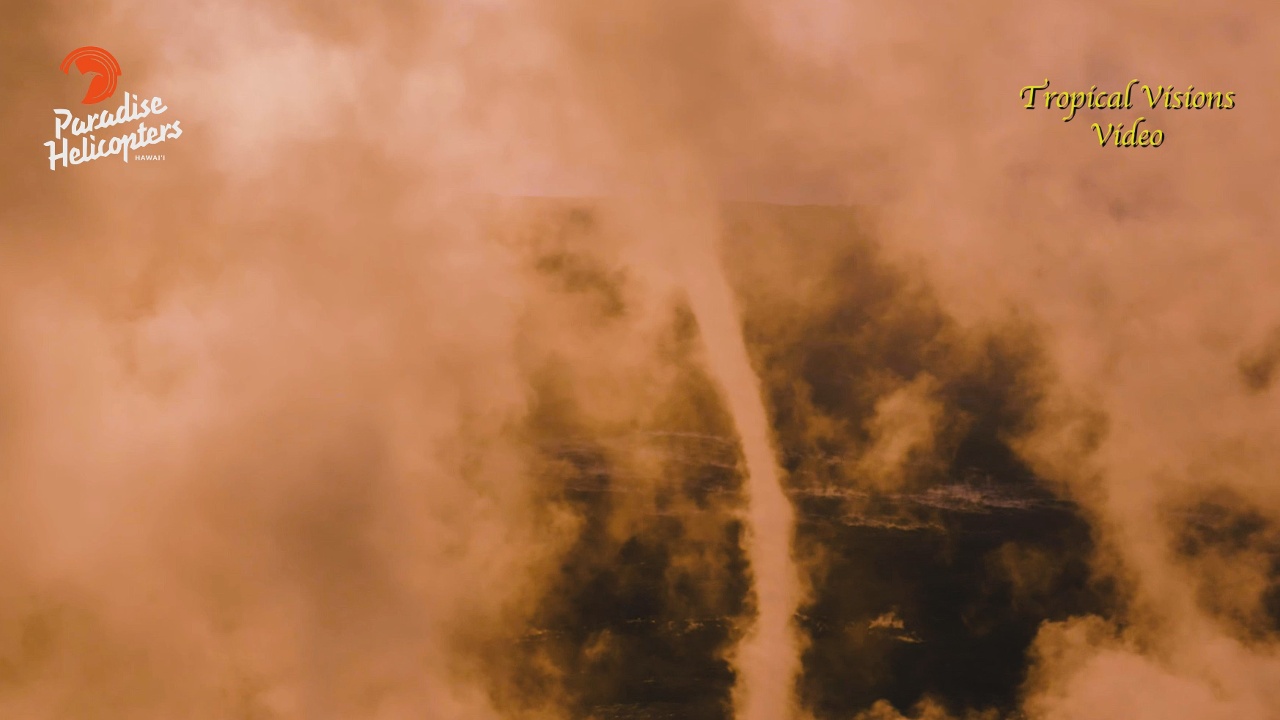 Close up of a vortex twisting over the 61g lava flow. Photo from video by Mick Kalber.

(BIVN) – An unusual sight was recorded by helicopter over the Episode 61g lava flow field on Hawai‘i Island recently.

Several vortices were seen twisting just above the Pulama pali at sunrise on Thursday, March 29.

Videographer Mick Kalber, aboard a Paradise Helicopters flight, said a “pink rainbow, amazing land spouts and a veritable plethora of lava flows made for a spectacular lava overflight this morning.”

“We have often seen water spouts at the ocean entry,” Kalber wrote, “but this morning, due to a head downpour on the 61G flow and the right wind and heat conditions, several vortices (aka: land spouts) appeared just above the Pali.”

The Episode 61g lava flow is active above the pali, closer to the Pu‘u ‘Ō‘ō vent on Kīlauea Volcano’s East Rift Zone. There is no active lava on the pali or the coastal plain. 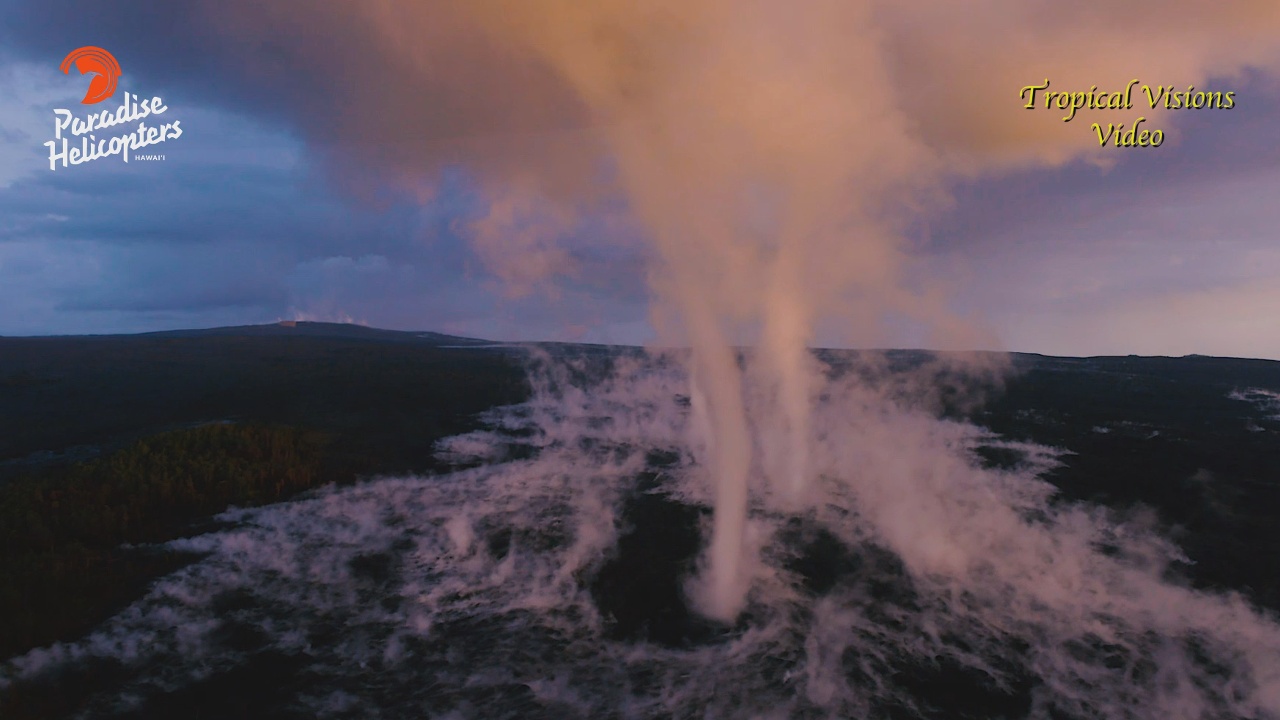 Multiple vortices were seen over the 61g lava flow. Photo from video by Mick Kalber.