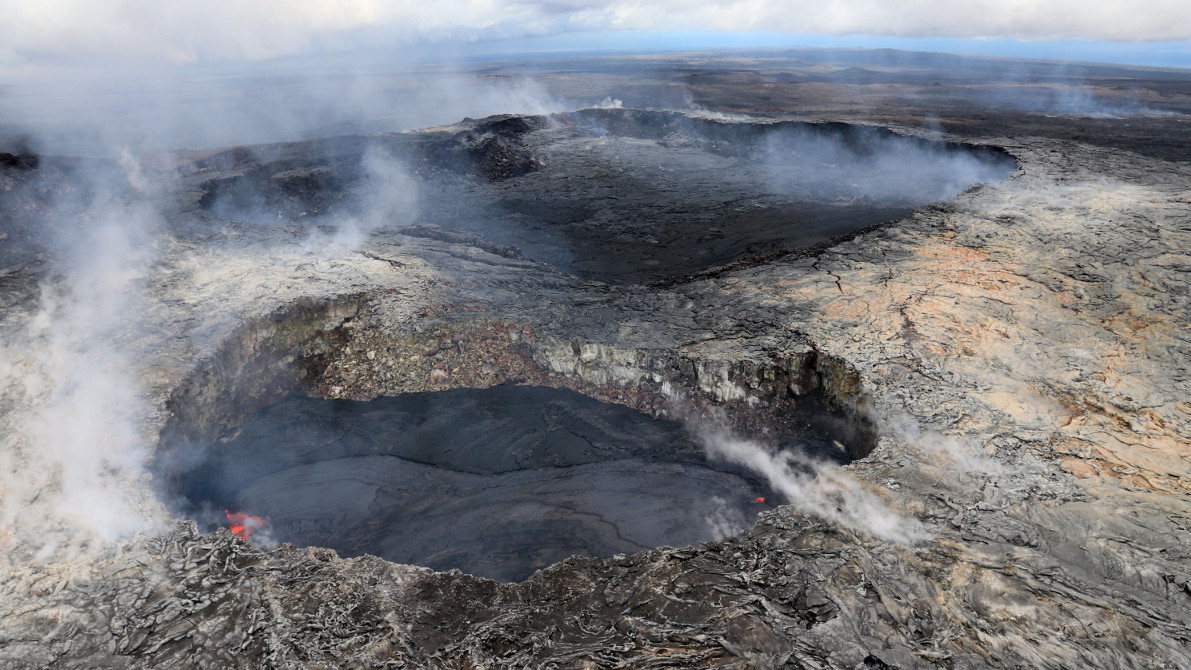 HAWAII VOLCANOES NATIONAL PARK - Lava flow activity continues on the upper flow field, closer to Puʻu ʻŌʻō, and within the vent itself.

(BIVN) – The Episode 61g lava flow is active above the pali, closer to the Pu‘u ‘Ō‘ō vent on Kīlauea Volcano’s East Rift Zone.

At Pu‘u ‘Ō‘ō, scientists say, the ridge separating the main crater (top in above picture) from the west pit (bottom in above pisture) “has been subsiding over the past several months due to small rock falls and unstable ground. As the ground shifts, cracks along the ridge and on both sides of it continue to open.”

Although there is active lava above the Pulama pali, there is no active lava on the pali or the coastal plain. Some lava tour groups have begun offering “extreme” hikes in an attempt to take visitors to the active areas of the 61g flow. 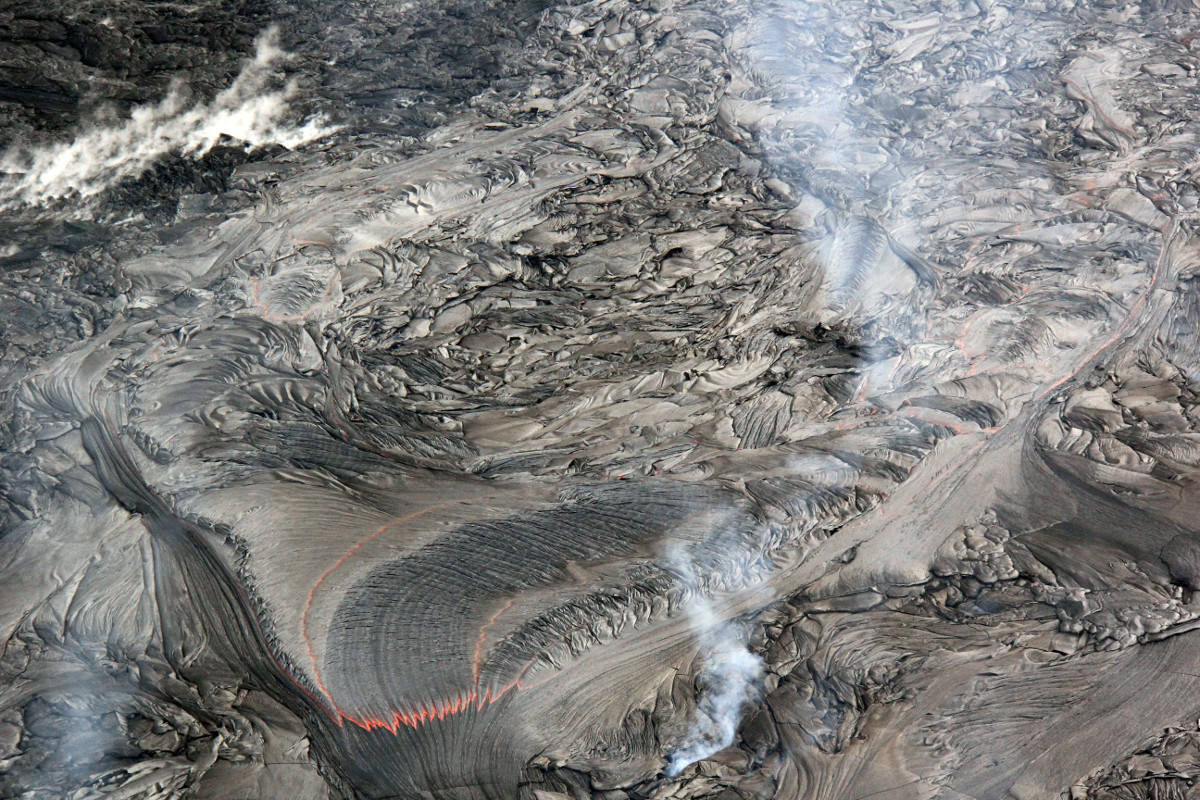