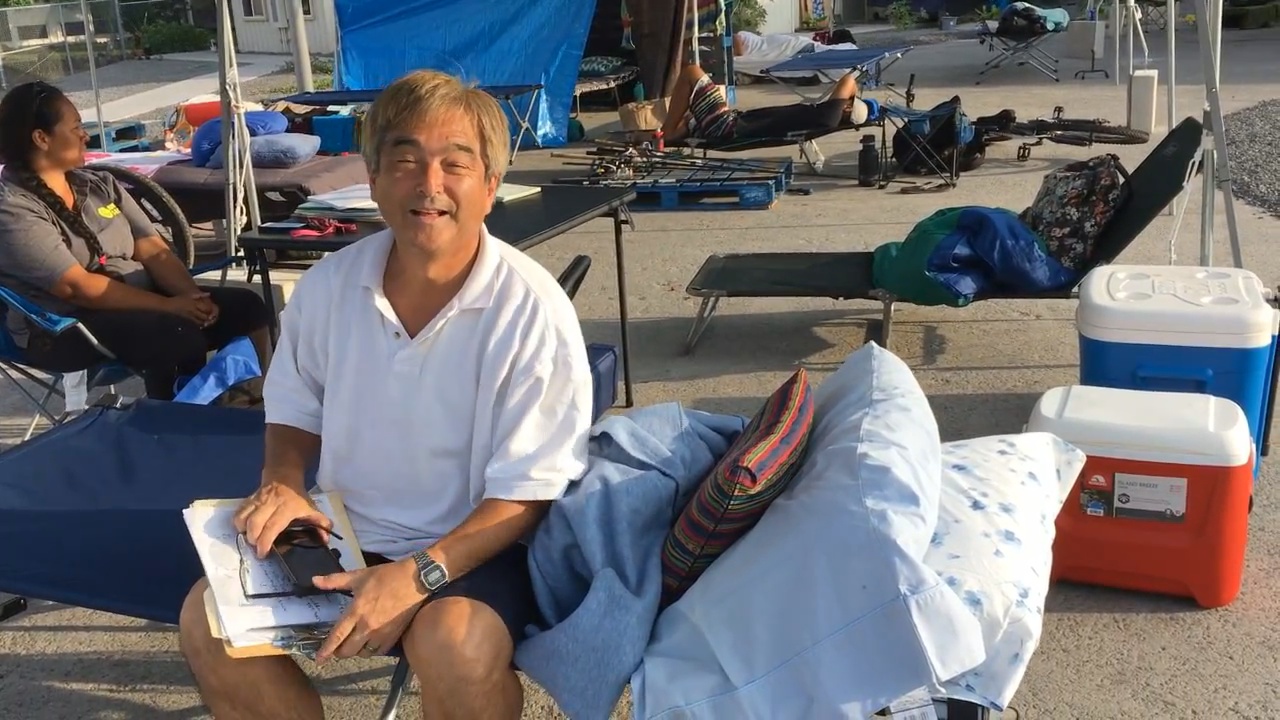 image from video by Sherry Bracken

(BIVN) – Lance Niimi, the Homeless Coordinator for the County of Hawai’i has submitted his resignation, effective March 31, 2018.

The announcement was made by county officials on Wednesday.

In the media release, Mayor Harry Kim thanked Niimi and praised him for his hard work.

“We are very grateful for all that Lance has done on taking care of the homeless,” the Mayor said. “He took on a very challenging task and did good work, and we wish Lance the very best in his future endeavors.”

Niimi was known for his compassionate approach to handling the island’s homeless crisis, even spending the night among them at the temporary Camp Kikaha shelter, erected under an emergency proclamation.

The County is seeking to fill the Homeless Coordinator position, “which is a very important job amid our spiraling homeless problem”, the release stated.