HAWAII VOLCANOES NATIONAL PARK - A large plume of gas, ash, and lava fragments was seen rising from the lava lake at the Jaggar overlook at 10:28 a.m. on Friday. 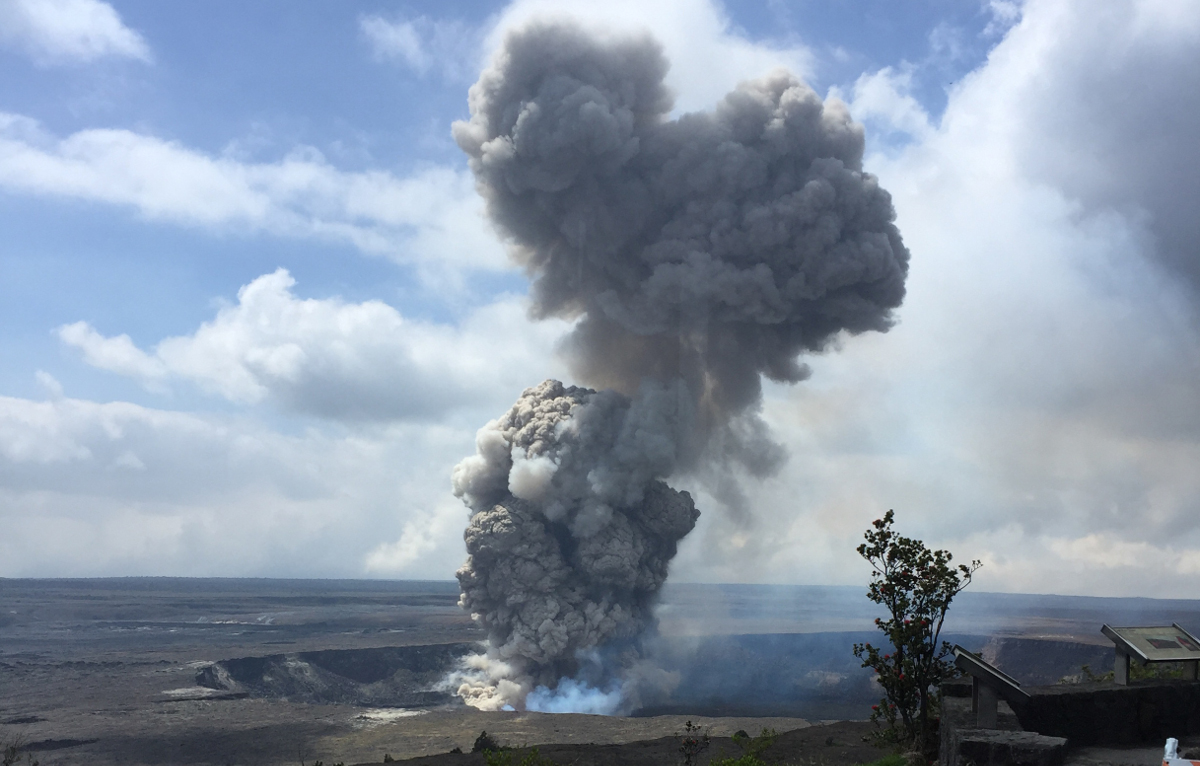 (USGS) A large plume of gas, ash, and lava fragments was seen rising from the lava lake at the Jaggar overlook.

The 10:28 a.m. explosion threw debris onto the Halema‘uma‘u crater rim at the old visitor overlook, which has been closed due to ongoing volcanic hazards such as this explosive event. The event was documented by the USGS Hawaiian Volcano Observatory.

Geologists say they arrived at Halema‘uma‘u about 40 minutes after the explosive event “to document the deposit and check on the webcams and other monitoring equipment. Upon arrival, the surface of the lava lake was still disturbed from the rock falls impact,” they reported. 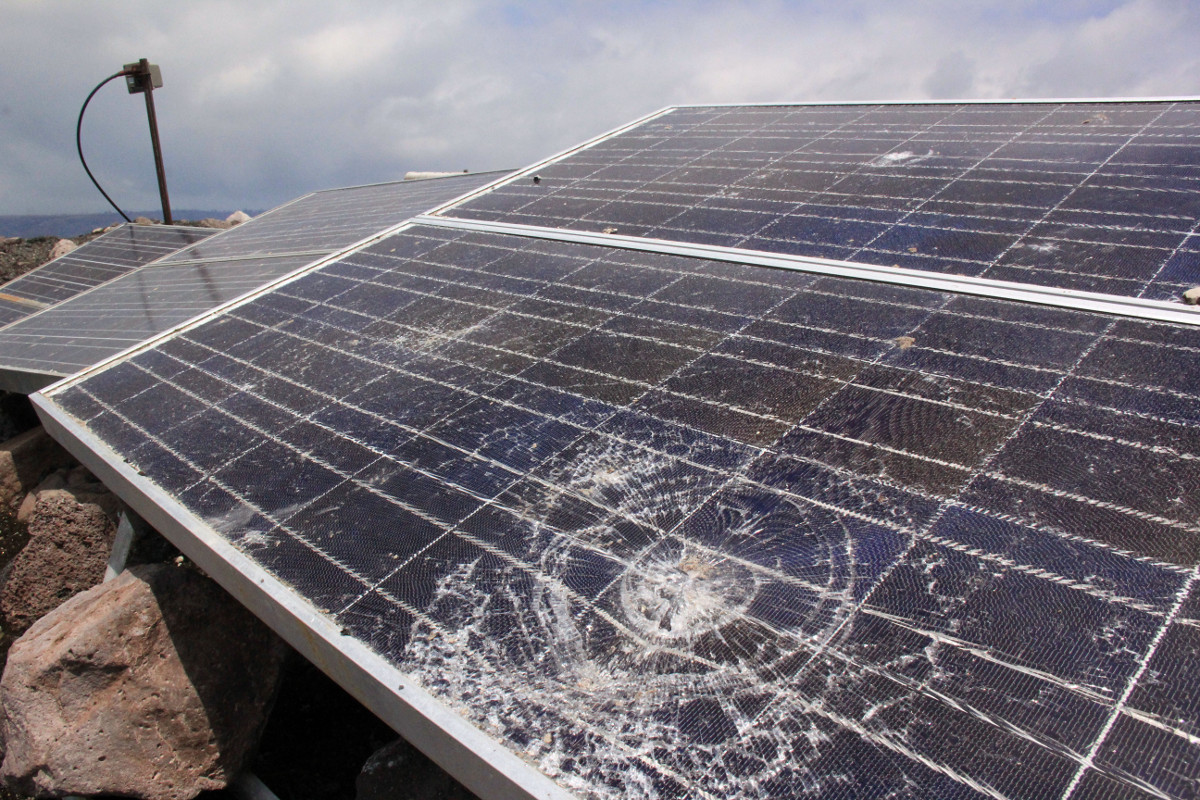 (USGS) Ballistics from the explosion impacted a few of the solar panels which power the monitoring equipment on the rim of Halema‘uma‘u.

The explosion hurled spatter (molten lava fragments) and lithic blocks (older crater wall) onto the rim at the old visitor overlook and to the southwest. This area is closed to the public due to volcanic hazards such as today’s event, scientists note. 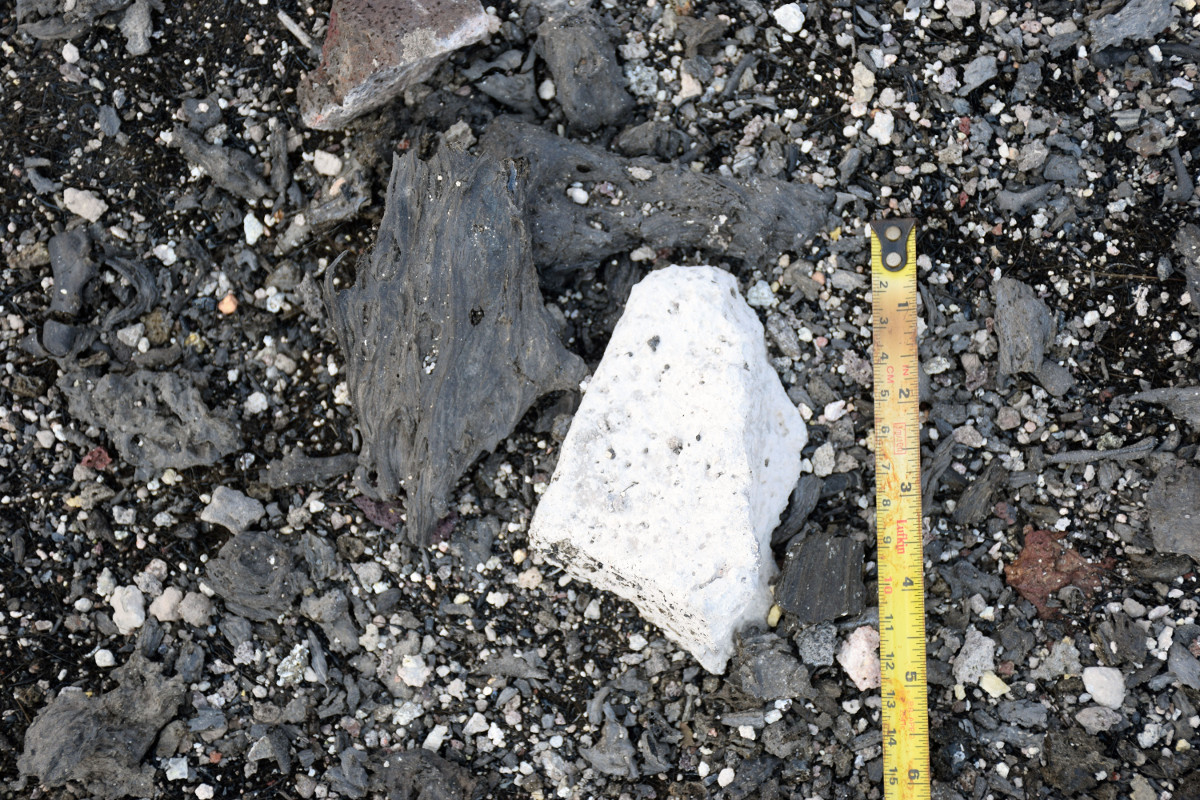 (USGS) White, lithic material – older crater wall rock which collapsed to trigger the explosive event – was also found in the deposit on the rim of Halema‘uma‘u crater.