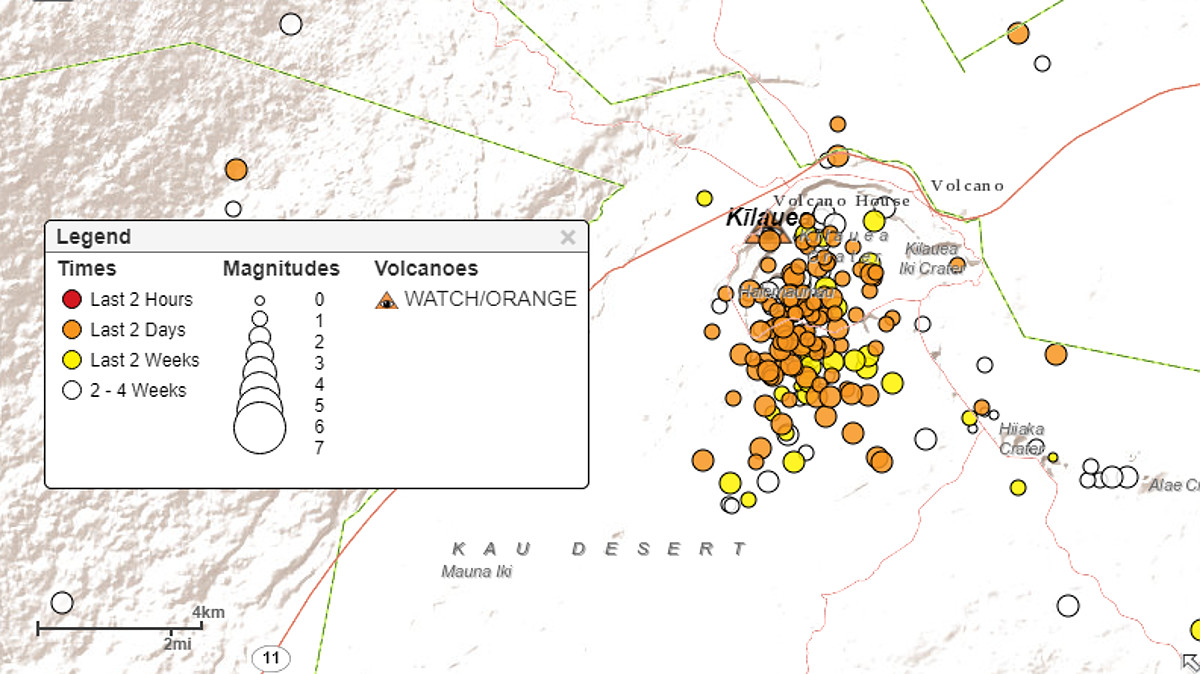 image from interactive USGS map as it appeared on April 12, 2018

(BIVN) – A moderate swarm of over 200 earthquakes occurred Wednesday below the summit of Kīlauea volcano.

The seismicity returned to its background rate at about 2:30 a.m. Thursday morning, scientists with the USGS Hawaiian Volcano Observatory report.

The earthquakes were recorded at depths of 4.5 to 5.5 miles below Kīlauea’s summit, where an active lava lake is present within Halemaʻumaʻu Crater. The largest event in the sequence was a Magnitude 2.4, scientists say.

There was no change detected in deformation data due to the earthquake activity, USGS says. This morning, summit tiltmeters were recording small amounts of deflationary tilt, consistent with the deflationary phase of a summit DI event. The summit lava lake remains at a high level, and this morning was measured to be about 105 feet below the rim of the Overlook crater, slightly deeper than it was yesterday. Spattering was periodically visible from the Jaggar Museum yesterday.