(BIVN) – The United States has responded to the recent, reported use of chemical weapons by the Syrian regime by launching a coordinated missile strike.

“A short time ago, I ordered the United States Armed Forces to launch precision strikes on targets associated with the chemical weapons capabilities of Syrian dictator Bashar al-Assad,” President Donald Trump told the American people in a special address Friday evening. “A combined operation with the Armed Forces of France and the United Kingdom is now underway.”

“We are prepared to sustain this response until the Syrian regime stops its use of prohibited chemical agents,” Mr. Trump said from the podium. “I also have a message tonight for the two governments most responsible for supporting, equipping, and financing the criminal Assad regime. To Iran and to Russia, I ask: what kind of a nation wants to be associated with the mass murder of innocent men women and children?” 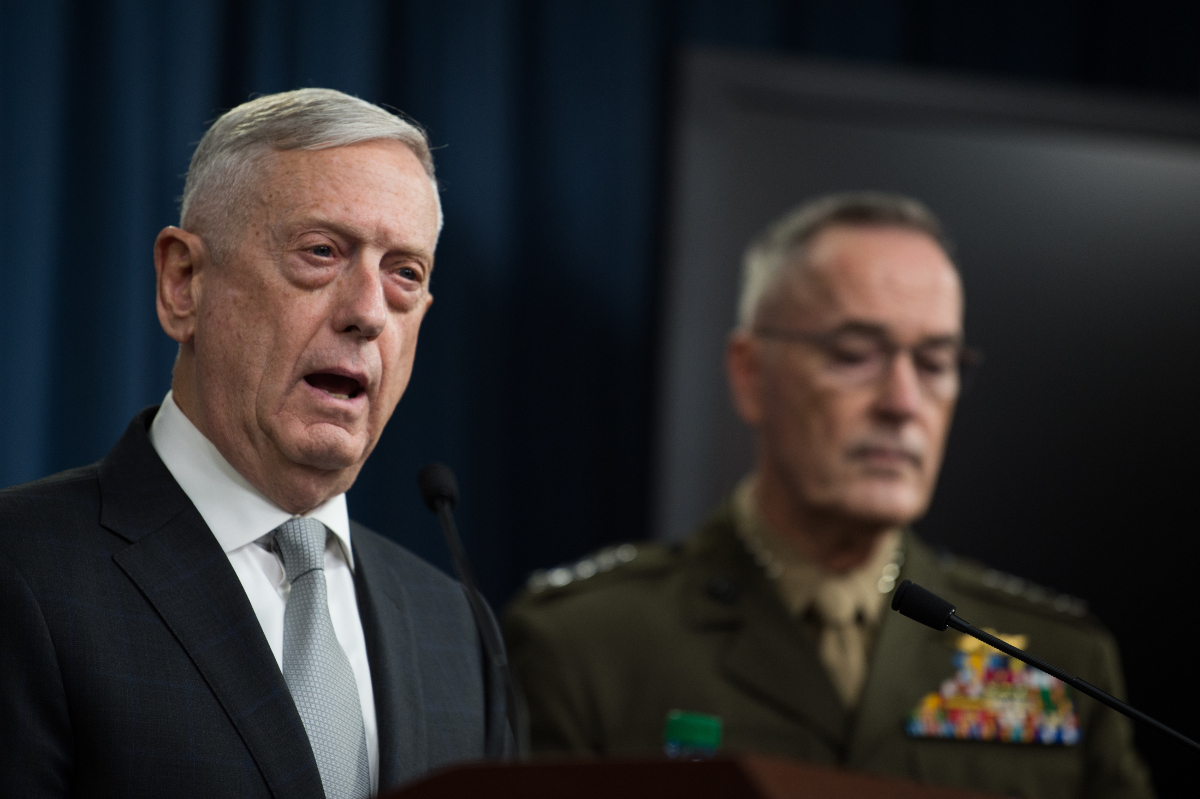 Good evening. As the world knows, the Syrian people have suffered terribly under the prolonged brutality of the Assad regime.

On April 7th, the regime decided to again defy the norms of civilized people, showing callous disregard for international law by using chemical weapons to murder women, children and other innocents. We and our allies find these atrocities inexcusable.

As our commander in chief, the president has the authority under Article II of the Constitution to use military force overseas to defend important U.S. national interests. The United States has an important national interest in averting a worsening humanitarian catastrophe in Syria, and specifically deterring the use and proliferation of chemical weapons.

Last year, in response to a chemical weapons attack against civilians and to signal the regime to cease chemical weapons use, we targeted the military base from which the weapons were delivered.

Clearly, the Assad regime did not get the message last year. This time, our allies and we have struck harder. Together, we have sent a clear message to Assad, and his murderous lieutenants, that they should not perpetrate another chemical weapons attack for which they will be held accountable.

The 70 nations in the defeat ISIS coalition remain committed to defeating ISIS in Syria. The strike tonight separately demonstrates international resolve to prevent chemical weapons from being used on anyone, under any circumstance, in contravention of international law.

I want to emphasize that these strikes are directed at the Syrian regime. In conducting these strikes, we have gone to great lengths to avoid civilian and foreign casualties.

But it is time for all civilized nations to urgently unite in ending the Syrian civil war by supporting the United Nations backed Geneva peace process.

In accordance with the chemical weapons convention prohibiting the use of such weapons, we urge responsible nations to condemn the Assad regime and join us in our firm resolve to prevent chemical weapons from being used again.

Based on recent experience, we fully expect a significant disinformation campaign over the coming days by those who have aligned themselves with the Assad regime. In an effort to maintain transparency and accuracy, my assistant for public affairs, Dana White, and Lt. Gen. McKenzie, director of the Joint Staff, will provide a brief of known details tomorrow at 9:00 a.m.

Yesterday, Hawaii Congresswoman Tulsi Gabbard was one of the voices calling for President Trump to “refrain from using military action against Syria that would expand and escalate the conflict, and likely result in additional civilian and military casualties, more refugees, and fewer resources to invest in rebuilding American communities, and instead work toward peace.”

She also had the chance to question Defense Secretary Mattis directly during a hearing in Washington. She focused on Article II of the Constitution.

“Bashar al-Assad has again used chemical weapons against his own people. This is another atrocity and breach of international law, and the international community must hold him accountable.

“While today’s action was taken in concert with France and Great Britain, the President stated that ‘we are prepared for a sustained response until the Syrian regime stops its use of prohibited chemical agents.’ I am deeply concerned by the President’s incoherent strategy in this critically important area of the world where there are layers of complexity and no easy answers.

“If the President is going to shift our mission in Syria, he needs to come to Congress for authorization and explain exactly what his strategy is, and how it supports U.S. national security interests and ends the ongoing humanitarian catastrophe and refugee crisis.”