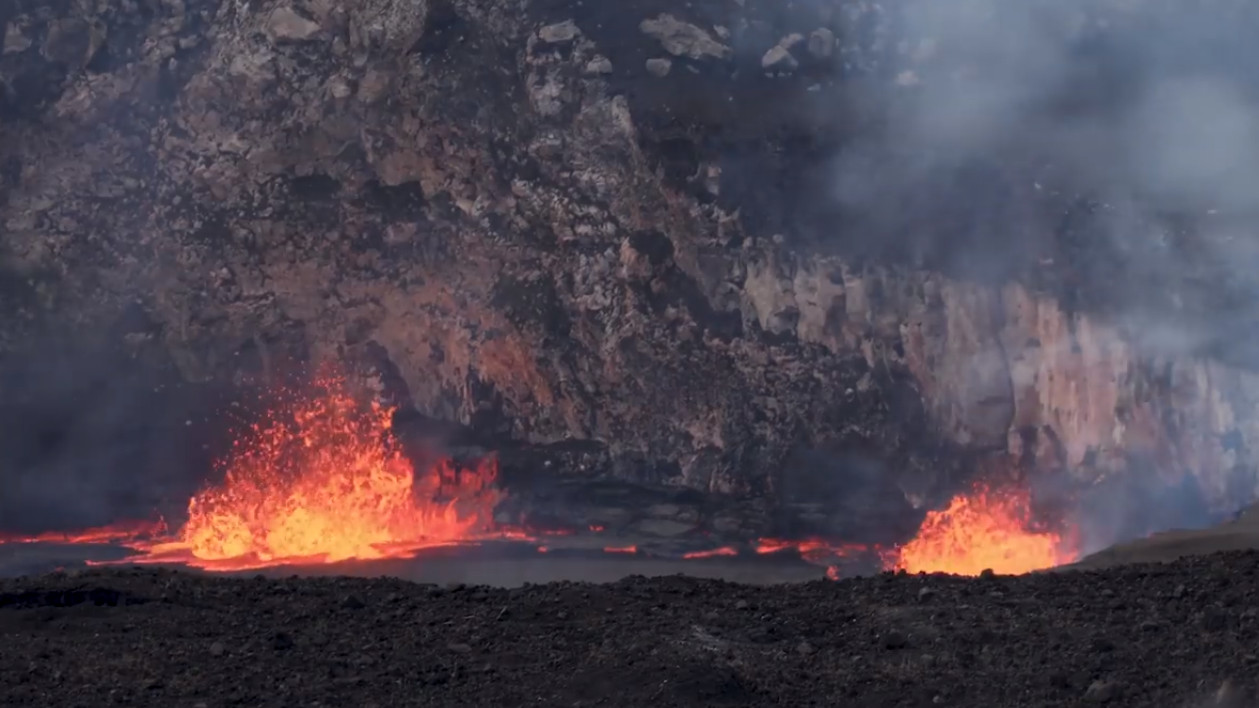 HAWAII VOLCANOES NATIONAL PARK - The summit lava lake remains at a high level, and is visible from the Hawaiian Volcano Observatory and Jaggar Museum, weather permitting.

(BIVN) – The lava lake at the summit of Kīlauea Volcano has risen to a high level in recent days.

The lava lake is now visible from the Hawaiian Volcano Observatory and Jaggar Museum overlook.

On Sunday, USGS scientists say the lake level rose throughout the day and, the day before, was measured to be 66 feet below the rim of the Overlook crater. The rise is in concert with inflationary tilt that continues Monday morning, according to data from summit tiltmeters.

On Sunday, USGS reported seismicity in the summit area is within normal, background rates, with tremor amplitude fluctuations associated with lava lake spattering.

UPDATE (10:30 a.m.) – According to the the USGS Hawaiian Volcano Observatory’s Monday update, the lava level continues to rise and there has even been a slight uptick in seismicity on the East Rift Zone near the summit area. From USGS:

This morning it was measured to be about 10 meters (33 ft.) below the rim of the Overlook crater. Summit tiltmeters continued to record inflationary tilt throughout the day. Seismicity in the summit area is within normal, background rates, with tremor amplitude fluctuations associated with lava lake spattering. A slight increase in seismicity in the Upper East Rift Zone began overnight. The largest event was a M2.9 earthquake. 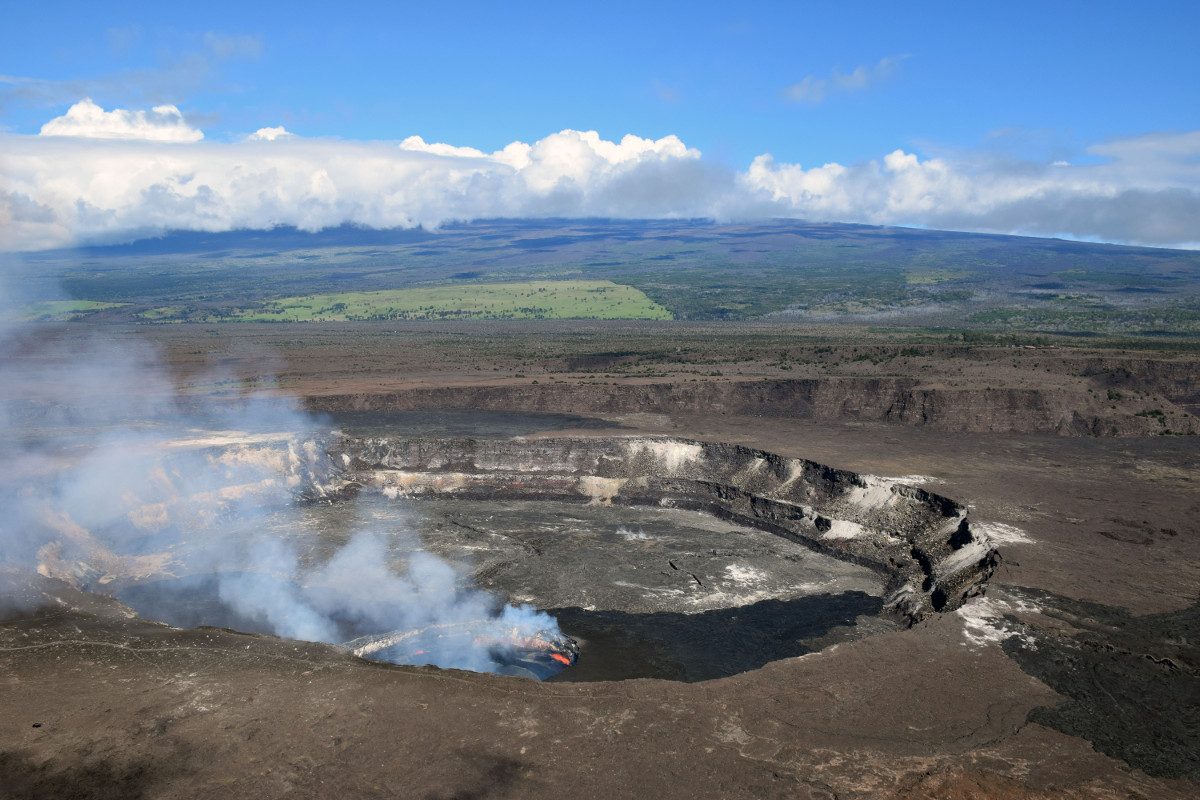 (April 13, 2018 – USGS) At the summit of Kīlauea Volcano, the gas plume produced by the Halema‘uma‘u lava lake was blown to the southwest by normal trade wind conditions today. The lake level has been relatively high over the past several weeks and intermittently visible from the Hawai‘i Volcanoes National Park Jaggar Museum Overlook. The museum and HVO are perched on the caldera rim (middle right), with the slopes of Mauna Loa visible in the background.