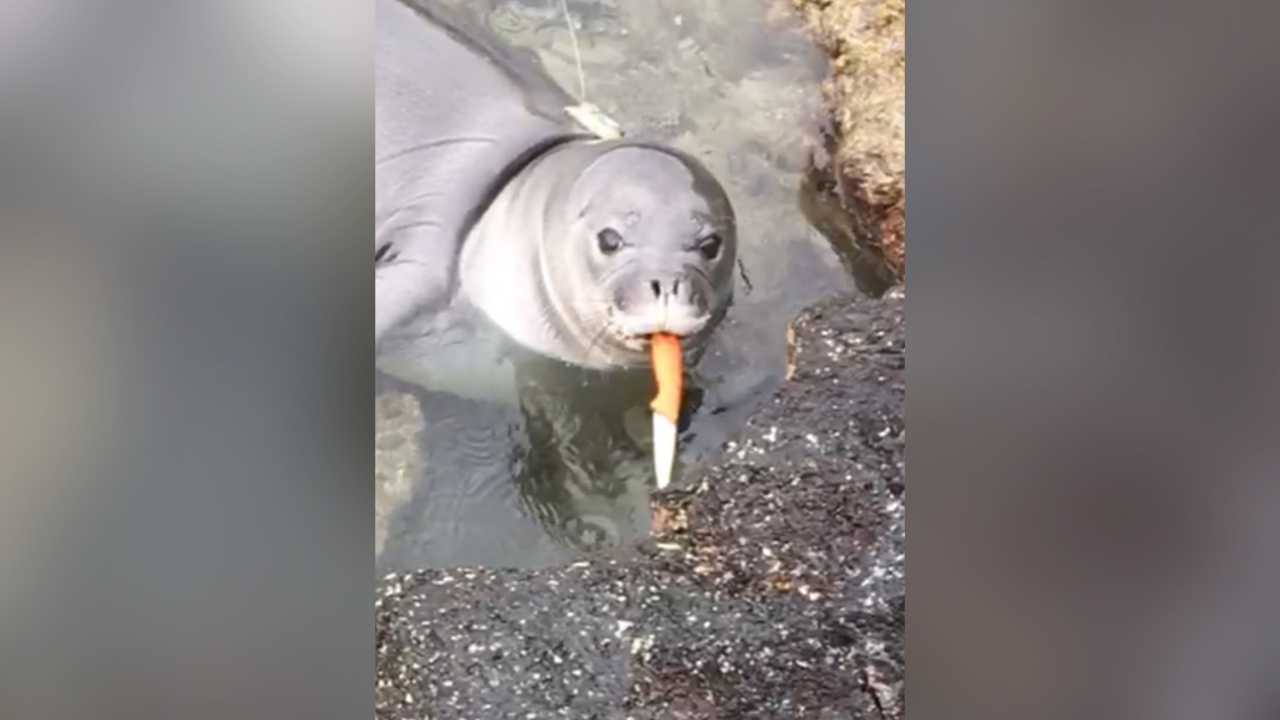 HAWAII ISLAND - Video of a young Hawaiian monk seal pup playing with a discarded knife prompts a reminder from officials to properly dispose of debris.

(BIVN) – An image of a knife-wielding Hawaiian monk seal pup was disseminated by the Hawaii Department of Land and Natural Resources on Tuesday, with a reminder of the dangers posed by human debris.

“Had it been something other than a sharp fishing knife perhaps the video would have been endearing?” DLNR mused in the media release.

Last Sunday, during observations of a young monk seal named Manu‘iwa who was recently weaned from its mother on a Hawai‘i Island beach, the pup was seen playing with a bright orange object in its mouth.

DLNR says that as the observers – which included staff from Ke Kai Ola, a hospital operated by The Marine Mammal Center at Kailua-Kona and officers from the DLNR Division of Conservation and Resources Enforcement (DOCARE) – “watched the seal dive beneath near-shore rocks and come back up they realized Manu‘iwa was holding a knife in its mouth by its handle.”

The DOCARE officer who captured the incident on video tape commented, “There was real concern that the seal pup might swallow the knife. It’s a reminder to all of us to properly dispose of our trash and not to leave it on Hawai‘i’s beaches or in the ocean.”

DLNR says at one point the seal dropped the knife under the rocks and it was later retrieved.

Animal experts say that it’s critical for young seals not to have human interactions so they can learn to be wild animals, especially after they’ve weaned from their moms and are on their own, DLNR says.