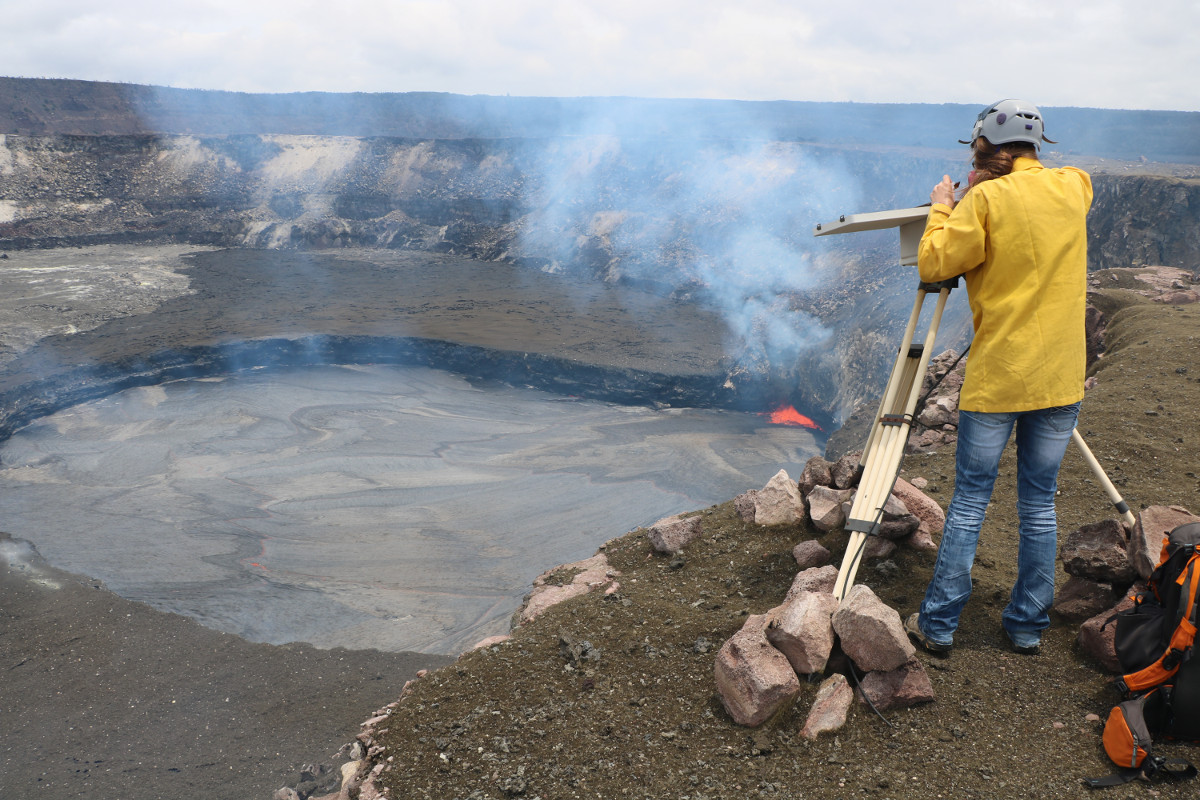 (BIVN) – The steady rise of the lava lake at the summit of Kīlauea volcano was curtailed yesterday with the onset of deflation that began Tuesday morning.

Scientists reported the lake level dropped slightly, and was 46 feet below the Overlook crater rim, having dropped roughly 13 feet since Monday morning.

A large spatter site is active along the east margin of the lake, scientists noted, as they published a photo of a geologist checking on a time-lapse camera on the rim of Halema‘uma‘u Crater.

Still, the summit lava lake remains at a high level, with spattering visible throughout the day from HVO and Jaggar Museum.