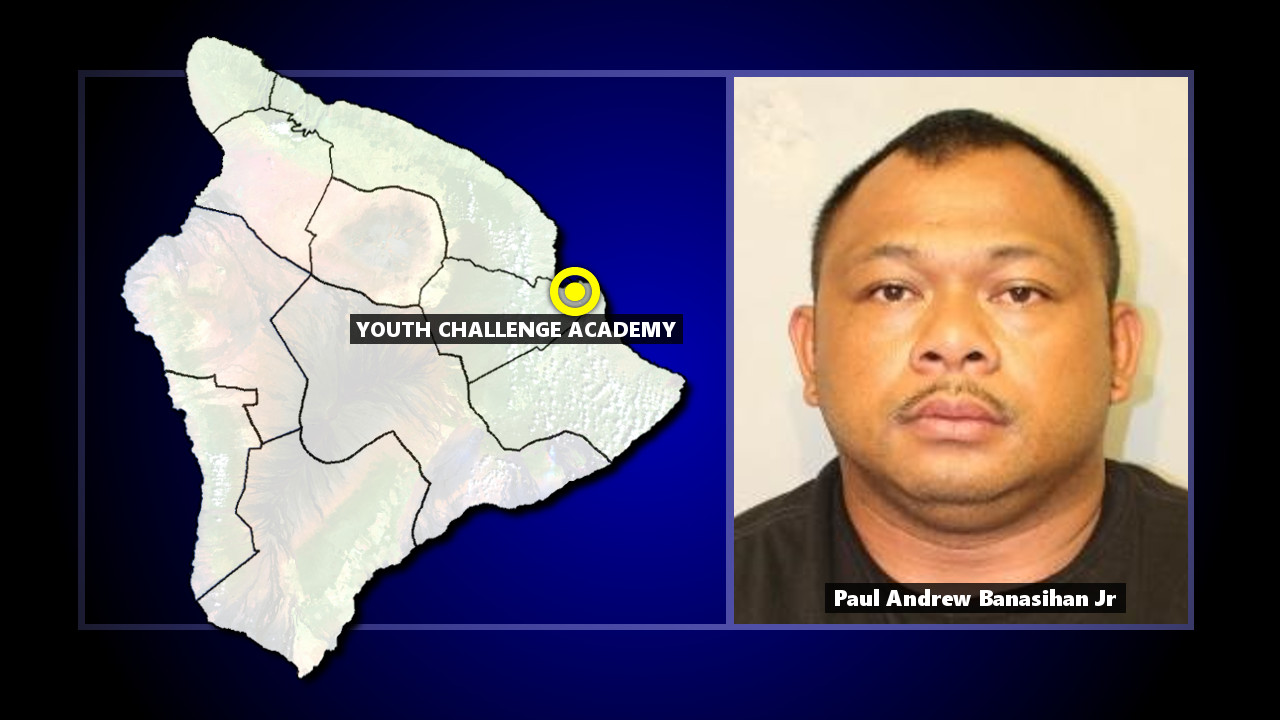 HILO, Hawaii - A 37-year-old Puna man was charged on Friday with nine sexual offenses in connection with a sexual assault reported in Hilo on April 17.

(BIVN) – A 37-year-old Puna man has been charged with nine sexual offenses in connection with a sexual assault that allegedly occurred at the Youth Challenge Academy in Hilo on April 17, police say.

A female minor reported that an adult male staff member of a youth program in Hilo removed her from her classroom and took her to his personal vehicle located on premises, where he sexually assaulted her. Banasihan posted $66,000 bail for these charges on April 20, 2018. His initial court appearance is scheduled for May 15, 2018 at 1330 hours in South Hilo District Court.

On April 18, the Hawaii Department of Defense Director of Public Affairs reported that the Hawaii Youth Challenge Academy Hilo campus was investigating an April 17 “allegation by a female cadet that she was inappropriately touched by a male cadre staff member.”

According to the Department of Defense:

The Hawaii Youth Challenge Academy is one division of the State of Hawaii, Department of Defense. Youth Challenge is a five and a half month residential program for Hawaii’s at-risk 16 to 18 year-olds. The program provides military-style discipline while the cadets are studying to receive their high school equivalency. There are two campuses: one in Hilo and one at Kalaeloa.

Police ask anyone with information about this incident to contact Detective Fetuutuunai Amuimuia at 961-2276 or Fetuutuunai.Amuimuia@hawaiicounty.gov.