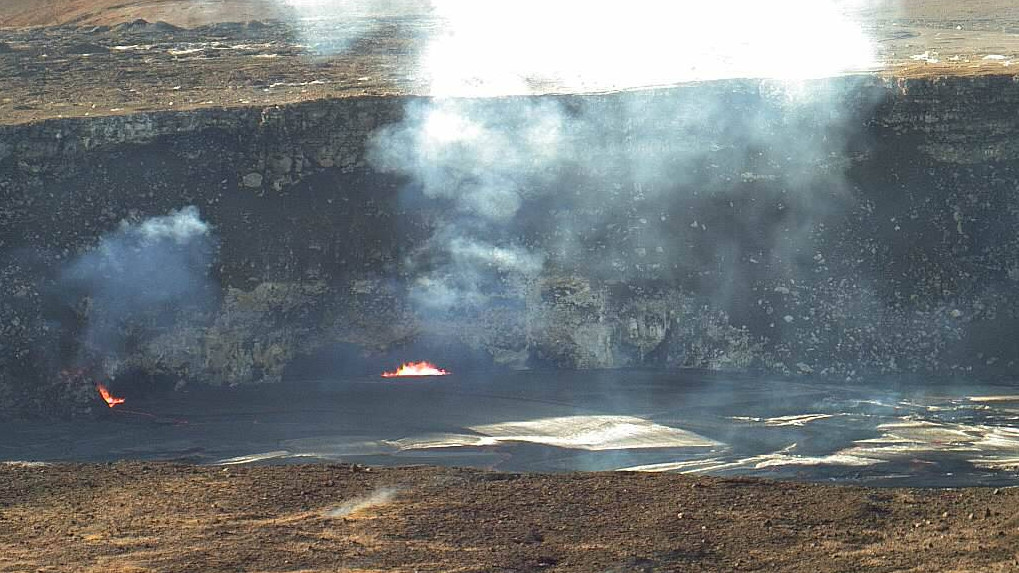 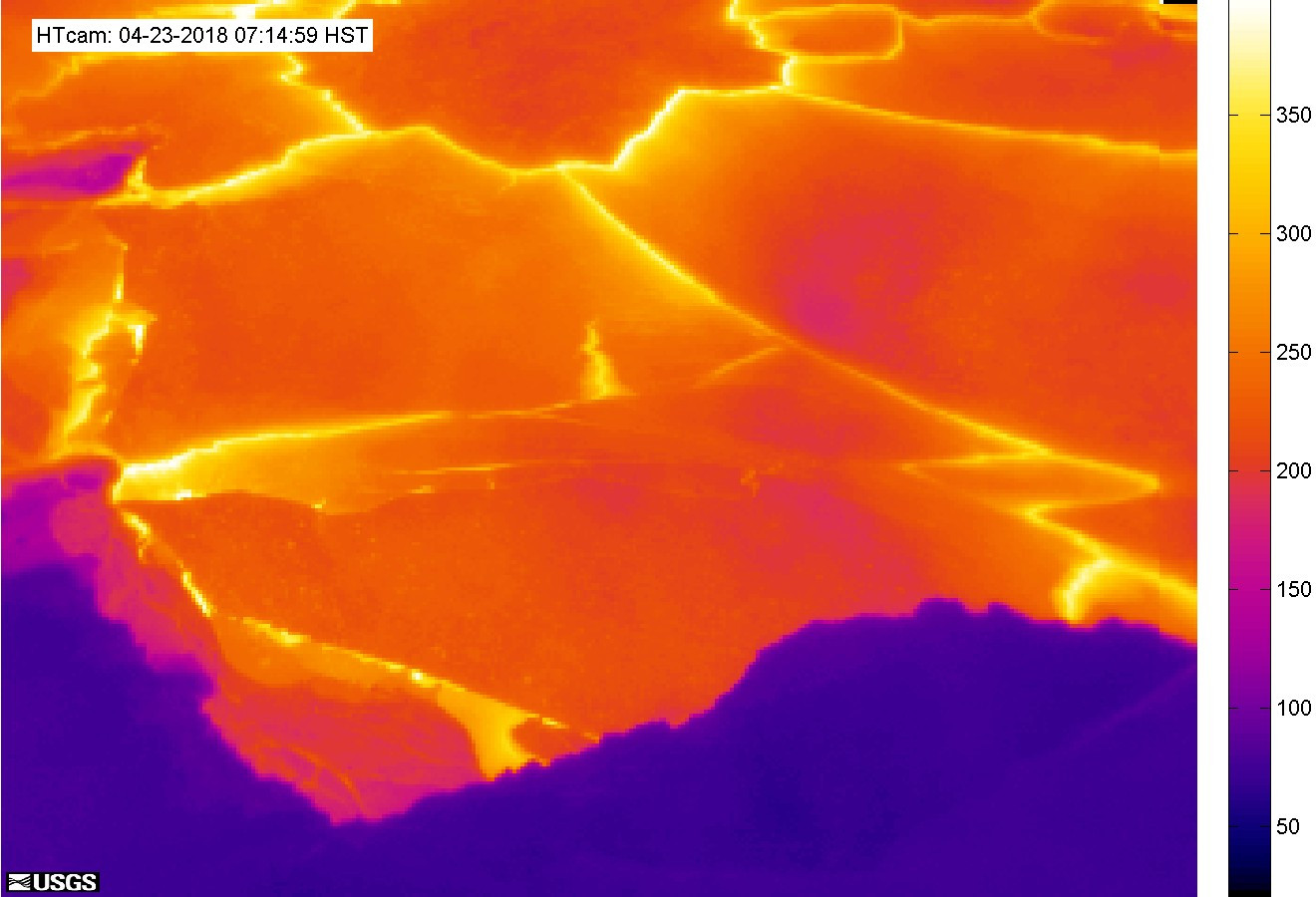 The view from the Halema‘uma‘u Overlook Vent thermal webcam just before 8 a.m. Monday morning. The hot lava, usually contained within the frame, which is centered on the Overlook vent, can be seen flowing out of picture.

(BIVN) – The lava lake at the summit of Kīlauea Volcano spilled over the Overlook crater rim several times in the past day, coating a portion of the floor of Halema‘uma‘u crater.

The USGS Hawaiian Volcano Observatory says summit tiltmeters continue to record an overall inflationary tilt this morning. The inflation has coincided with the rise and spill-over of the lava lake.

The summit activity does not pose a threat to nearby communities at this time, as it is contained within Halema‘uma‘u crater in the Kīlauea caldera.


Big Island Video News recorded the scene at the Jaggar Museum Overlook on Sunday, as the lava lake approached the rim of the crater. Video by David Corrigan.

We will continue to update this page with more information on this rare summit occurrence.