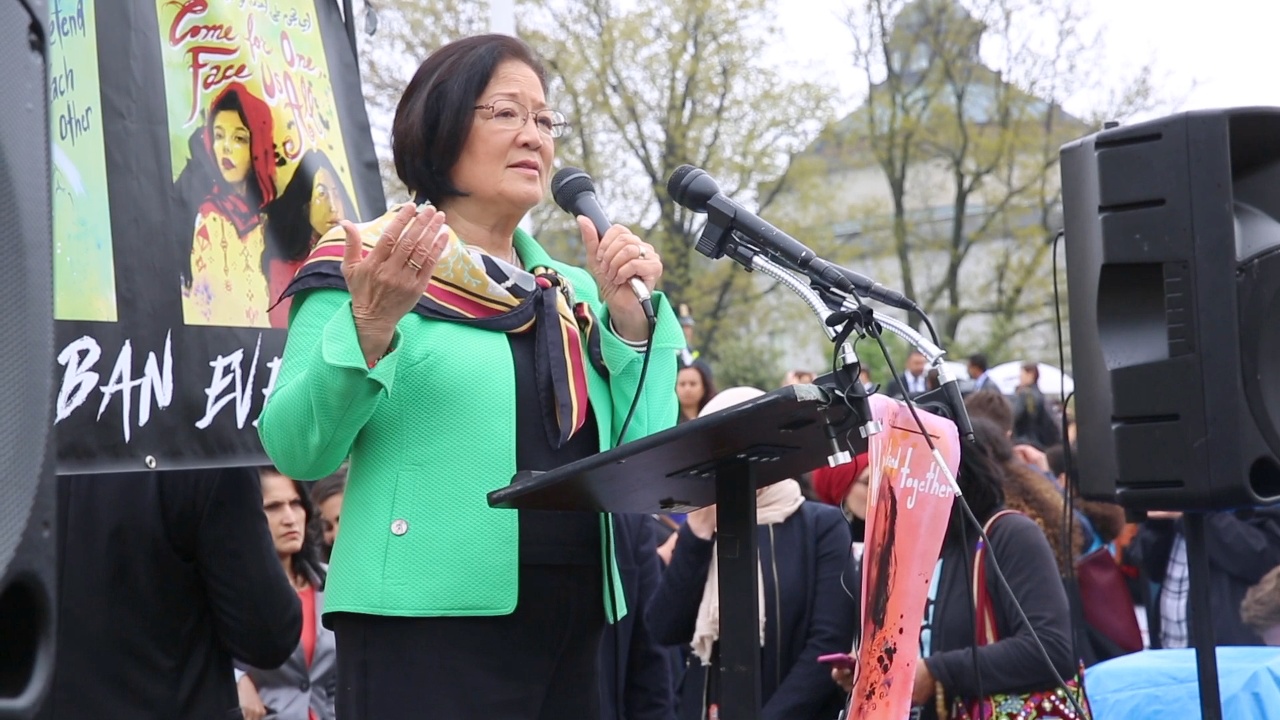 The oral arguments were the culmination of the State’s challenge to the three iterations of President Donald Trump’s travel ban. This case was originally filed (opposing the second travel ban issued via executive order) in U.S. District Court in Hawai‘i in February 2017. In October 2017, Judge Derrick K. Watson halted implementation of the third travel ban. Judge Watson’s ruling was upheld on appeal by the Ninth Circuit Court of Appeals in December 2017.

According to the Hawai‘i Office of the Attorney General, dozens of amicus briefs were filed in support of the State’s case, “representing a wide swath of American life, including civil rights organizations, religious organizations, universities, cities, other States, former national security officials, and numerous law professors, among others.”

“We are gratified by the Court’s careful attention to the case,” said Hawai‘i Attorney General Russell A. Suzuki. “This is an important day for the rule of law. We are so grateful for Hogan Lovells’ extraordinary year-long pro bono commitment to this case.”

Hawai‘i Lieutenant Governor Doug Chin, who served as the Hawai‘i Attorney General when Trump’s travel ban was first issued, was in attendance today for the oral arguments before the U.S. Supreme Court.

“Today, the people of Hawai‘i called on our nation’s highest court to make clear that, as President of the United States, Donald Trump cannot operate as though he is above the law and cannot willfully ignore the rule of law,” said Lt. Governor Doug Chin. “Our nation with its promise of opportunity, equality, and justice, cannot allow this illegal and unconstitutional travel ban to endure. The travel ban imposed by President Donald Trump keeps Hawai‘i families apart, and degrades our values and morality by subjecting a specific set of people to intolerable discrimination and second-class treatment. I appreciate the Justices’ obvious preparation and thoughtful questions.”

“If the Supreme Court allows this action by this president to stand, my fear is we don’t know what he will do next to hurt other immigrant or minority communities,” Senator Hirono said. “This is no time to give up and I will continue to fight against this administration’s divisive and discriminatory actions.”

Sen. Hirono and Texas GOP Senator Ted Cruz successfully petitioned the Supreme Court to release an audio recording and transcript of the oral arguments immediately after the arguments concluded.

The administration’s top priority is to ensure the safety and security of the American people. For that reason, the administration has put in place enhanced global security measures to improve screening and vetting capabilities and share information. It’s working. There’s been significant improvements in identity management and information sharing with foreign governments. Because of this, our international partners have raised their own baseline requirements.

Without the ability to impose entry restrictions, the United States may be forced to unsuspectingly allow dangerous criminals or terrorists into the country. Additionally, without the restrictions, foreign governments have little incentive to improve their information-sharing and identity-management practices.

The focus of this travel ban has been on safety and security, is limited to a small number of countries, and a lot of Muslim-majority countries have the same abilities to travel to and from the United States as they did in previous administrations.

Hawai‘i Governor David Ige also released a statement today, saying: “The U.S. Supreme Court heard heated arguments on Travel Ban 3.0 today. We hope the Court makes the right decision – that the ban violates the U.S. Constitution’s command against religious discrimination. As we await the Court’s ruling on this contentious issue, I can assure you that I will do all I can to continue to reinforce Hawai‘i’s values of inclusion and diversity. There is no room for discrimination. The Aloha spirit will prevail.”