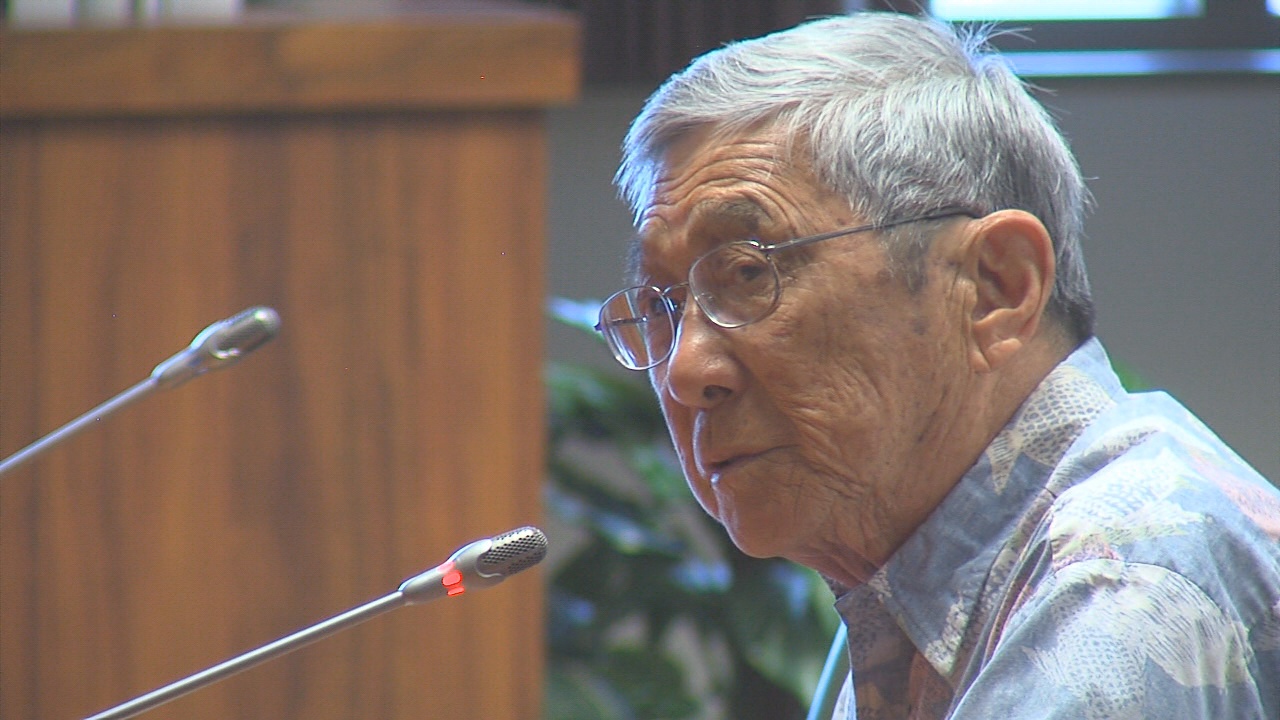 HILO, Hawaii - The Mayor has had three previous heart attacks, and underwent quadruple bypass surgery in 2008.

UPDATE (5 p.m.) – Hawai’i County Mayor Harry Kim is in stable condition at The Queens Medical Center in Honolulu, officials say, after being medevaced early Thursday as a precaution due to chest pains.

According to an afternoon update provided by the Kim administration:

As of late afternoon on Thursday, there was no diagnosis, said Wil Okabe, the County’s Managing Director, who is serving as Acting Mayor while the Mayor is on sick leave.

“Harry’s in stable condition and they’re looking at a procedure,” Okabe said. “They’ll give him some options later on today or tomorrow.”

The Mayor has been undergoing tests, and was not accepting visits for the time being.

“We want to respect his privacy and let him rest as we wait for the doctor’s determination on what the next steps are,” Okabe said in the media release, adding “we’ve had an outpouring of people calling, emailing and on social media telling us howmuch Harry means to them. Harry is very grateful for all of the good wishes and prayers, and so are we.”

According to the mayor’s office:

The 78-year-old Mayor drove himself to Hilo Medical Center around 4:30 a.m. and proceeded to call Managing Director Wil Okabe and other staff to notify them of the situation. He was medevaced to Oahu around 6:45 a.m.

The Mayor has had three previous heart attacks, and underwent quadruple bypass surgery in 2008.

Mayor Kim was not present for a tense meeting Wednesday night in Pahoa in which county officials spoke with Kalapana lava viewing area vendors and residents about plans to enforce local ordinances starting July 1. Instead, Managing Director Wil Okabe was in attendance.

“He knows the symptoms, and he knows what to do,” Okabe said in Thursday morning’s media release about the mayor’s situation. “We’re offering prayers for Harry, knowing that he’ll be back very shortly,” he added.

Okabe will serve as Acting Mayor while the Mayor is on sick leave. An emergency meeting of the County Department heads and executive staff was held to let everyone know about the situation, officials say.

“We’re going to continue to do the work; everyone assured me that they’re committed to carrying out the mission we always have – of making this a better place to live,” Okabe said. “Harry has confidence in everybody that they’ll continue the mission.”

“Mayor Kim has a fighting spirit and I know he’ll want to be back at work serving the people of Hawai‘i County as quickly as possible,” Ige said. “I wish him a speedy and complete recovery.”