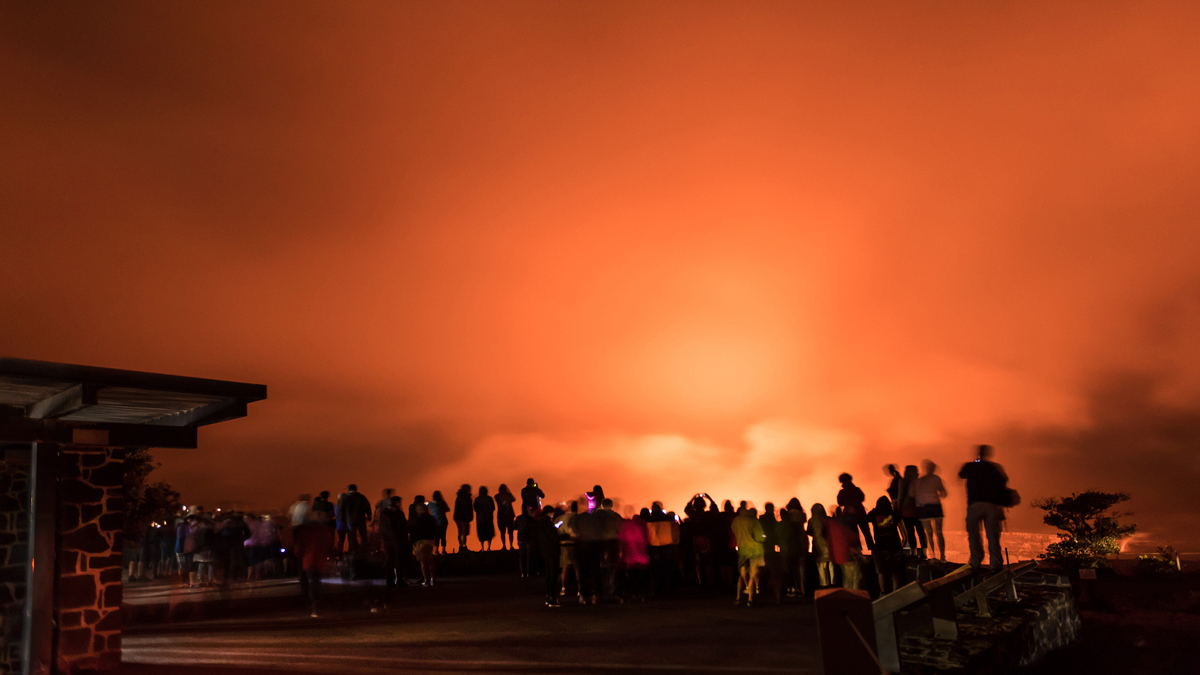 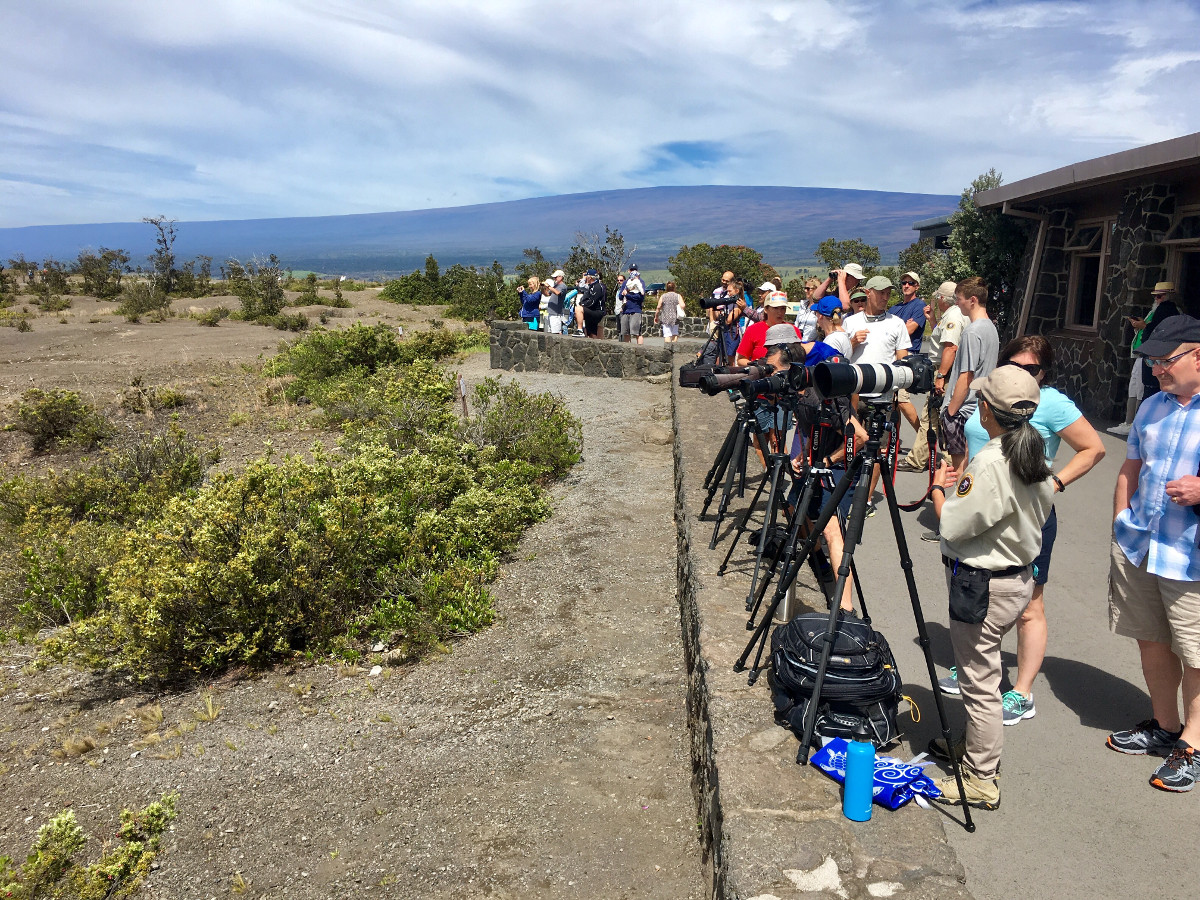 Waiting on the lava lake to overflow again on Sunday, 4/22. NPS Photo/Janice Wei

(BIVN) – As the lava lake at the summit of Kīlauea Volcano soaks up the attention in connection to its recent high level and spill-over onto the floor of Halemaʻumaʻu, the National Park Service released a detailed summary of visitation to the park over the previous year and its economic impact.

A new National Park Service report shows that 2,016,702 visitors to Hawai‘i Volcanoes National Park in 2017 spent $166 million in communities near the park. That spending supported 2,020 jobs in the local area, and had a cumulative benefit to the local economy of $222,394,900.

“Visitation continues to rise at Hawai‘i Volcanoes National Park, and visitors from all over the world continue to support our local communities when they explore Kīlauea and Mauna Loa by spending their money on lodging, dining, shopping, and more,” said Park Superintendent Cindy Orlando. “It’s interesting to compare the eruptive patterns of our volcanoes, and align that to increased visitation, there’s definitely a parallel,” she said.

Kīlauea continues to erupt from two locations, in the remote East Rift Zone flank, and from a vent within the summit crater, Halema‘uma‘u. This week, which happens to be National Park Week, lava rose to the edge of the vent rim, and has spilled out onto the crater floor several times, drawing thousands of visitors each day.

Since the summit eruption began in 2008, visitation to the park has increased by 58 percent.

The peer-reviewed visitor spending analysis was conducted by economists Catherine Cullinane Thomas of the U.S. Geological Survey and Lynne Koontz of the National Park Service. The report shows $18.2 billion of direct spending by more than 330 million park visitors in communities within 60 miles of a national park. This spending supported 306,000 jobs nationally; 255,900 of those jobs are found in these gateway communities. The cumulative benefit to the U.S. economy was $35.8 billion.

According to the 2017 report, most park visitor spending was for lodging/camping (32.9 percent) followed by food and beverages (27.5 percent), gas and oil (12.1 percent), souvenirs and other expenses (10.1 percent), admissions and fees (10.0 percent), and local transportation (7.5 percent).

To learn more about national parks in Hawai‘i and how the National Park Service works with Hawai‘i communities to help preserve local history, conserve the environment, and provide outdoor recreation, go here.