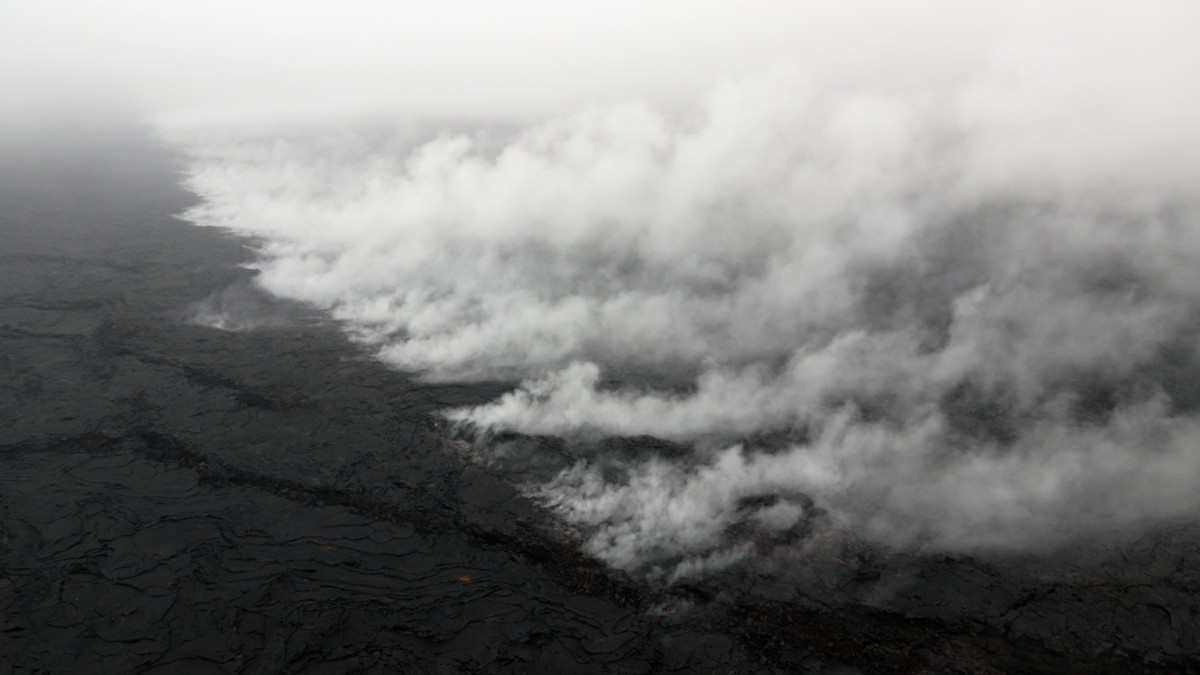 HAWAII ISLAND - Residents in the lower Puna area should keep themselves informed about the situation, and be prepared to evacuate, officials say.

(BIVN) – Government agencies are identifying shelters, mobilizing police and other security personnel to ensure residents’ safety, and preparing road crews to ensure access to evacuation routes, in the event of a possible new volcanic eruption in Puna.

In a news release issued Wednesday morning, officials say County, State and Federal agencies are at the ready, amid continuous earthquakes along the East Rift Zone of Kīlauea Volcano.

Residents in the lower Puna area should keep themselves informed about the situation, and be prepared to evacuate, the news release said.

“Should an eruption occur, residents along the East Rift Zone may have little warning. Residents in that area should be prepared to evacuate,” said Civil Defense Administrator Talmadge Magno. “All agencies have been alerted about the possibility of an eruption. The risk areas and possible hazards are being identified, and shelters have been identified.”

According to a Civil Defense briefing early Tuesday, a magma dike, or pathway of rising magma, is making its way down to the lower Puna area past Highway 130. An eruption may take place anywhere from Puʻu ʻŌʻō to beyond Kapoho to the east.

Swarms of earthquakes, of eight to 10 tremors per hour, are being felt in the area, which could precede an eruption, said U.S.G.S. Hawaiian Volcano Observatory research geophysicist Jim Kauahikaua.

Kauahikaua said that the current seismic activity is similar to what preceded an eruption of Kīlauea Volcano in the lower Puna district in 1955.

During that eruption which started in February 1955, at least 24 separate volcanic vents opened up and down the volcano’s East Rift Zone, with lava flows covering about 3,900 acres of land. Coastal communities from Kalapana to Kapoho were evacuated, and sections of every public road to the coastline were buried by lava before the eruption
abruptly ended on May 26, 1955.

The County will keep the community informed about the situation, and stands ready to ensure the safety and security of its residents, Magno said.