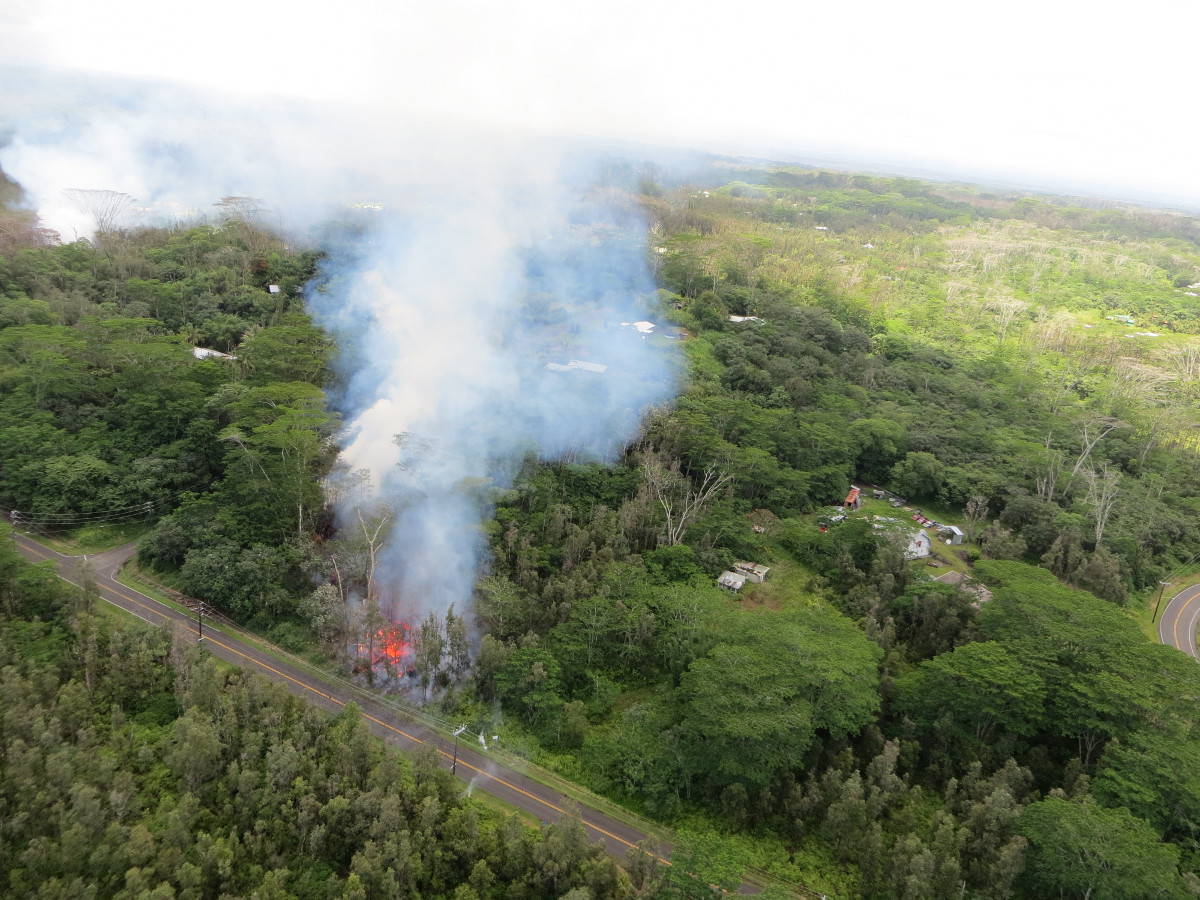 Eruption of lava in the Leilani Estates subdivision in the lower East Rift Zone of Kīlauea Volcano continues. Several additional eruptive fissures or vents – each several hundred yards long – have opened over the past day. No significant lava flows have yet formed. Spatter and lava are accumulating primarily within a few tens of yards of the vent.

The sixth and most recent fissure is on the eastern edge of the subdivision. Not all fissure vents remain active and no far-traveled lava flows have formed.

For maps showing the locations of these features, please see this link.

HVO geologists will be in the area overnight to track additional activity that may occur, and other scientists are closely tracking the volcano’s overall activity using various monitoring data streams.

Seismicity and deformation are consistent with continued accumulation of magma within the rift zone. Additional outbreaks of lava are expected.